With General Elections in less than 12 months, the question of how easy it will be for women to stand is a pertinent one. (Photo: Vaitogi Asuisui Matafeo)

Changes to the Electoral Act will make standing for election harder for women, according to Research Fellow at the Australian National University Dr. Kerryn Baker.

With so many social and customary barriers already between Samoa’s few women matai and a seat in Parliament, legislative change around monotaga may add yet another challenge to the mix.

Dr. Baker, who is a Research Fellow in the Department of Pacific Affairs, studied how the party system and village council system affect who is able to stand for their constituency come election time.

She said that because the village, rather than the political party, has the final say on who runs for election, there is an “inordinate amount of influence to local male gatekeepers.” 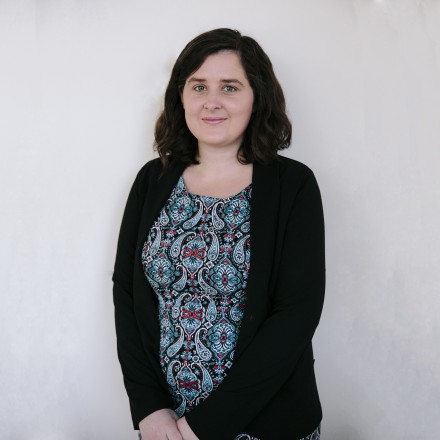 Women matai are often held back or not expected to fully participate in village affairs, Dr. Baker said, which means they are not exposed to the village level governance training ground so essential for Parliamentarians.

But the experiences of the three women who stood for Alataua in the villages of Tufutafoe, Neiafu and Falelima, including Ali‘imalemanu Alofa Tuuau who actually won, show that while tough to navigate, it is possible to stand as a woman.

Before the 2016 elections, Alataua had never had a woman stand for election, and all of a sudden it had three, half of the candidates.

Dr. Baker said while at a political level, discussions on the newly implemented 10 per cent quota for women in Parliament were heavily gendered, the conversations in the village focused on the individual, rather than ensuring the quota was met or targeted.

“At the village level it’s not abstract. You’re not talking about women’s representation in general, you are talking about actual women who are putting themselves forward, so in a lot of ways that conversation isn’t gendered.

“You are talking about someone from your village who wants to run and is qualified to run, and dealing with it on that level.

Despite the 10 per cent quota being a success, with one woman winning her seat to it after four won in their constituencies, only 23 women actually stood for election while 140 men stood.

The new, or reverted definition of monotaga in the Electoral Act 2020 may affect how many women feel able to stand too.

In her book Pacific Women in Politics: Gender Quota Campaigns in the Pacific Islands, Dr. Baker said sitting in the village fono is “usually the determinant of whether a candidate has met monotaga criteria.”

“Placing restrictions on that, given that we already know that women are less likely to be involved in village governance it does make things harder for women, right,” she told the Samoa Observer.

“You could see there has already been cases of women who have struggled to meet that service requirement because of the particular context they are coming from and so it seems like that will make things harder for some women.”

According to the Ministry of Women, Community and Social Development (M.W.C.S.D.), in 2015 there were at least 36 villages that did not allow or have women sitting on their village fono.

The exact definition of monotaga is up to each village according to their custom, and in order to stand two matai on the council and the Sui o le Nuu need to endorse the nominee’s candidacy.

Chief Executive Officer of the M.W.C.S.D. Afamasaga Faauina Mulitalo said that offers some guarantee that candidates will not be discriminated against.

Electoral Commissioner Faimalomatumua Mathew Lemisio said the Electoral Law itself does not discriminate based on gender, and that it is not interested in trying to codify custom.

But the radical move to implement a 10 per cent quota for women Parliamentarians, making Samoa the first Pacific country to do so, was a symbolically important mechanism for improving gender equality, Dr. Baker said.

“I think you have to come at it from the other side and think how can you make politics more appealing to women so they are more enthusiastic to run, what can Parliament do better to attract these really qualified women to be interested in running.

Dr. Baker said more examples of women successfully navigating the system and winning a seat in Parliament will pave the way for more women to do so, and for the barriers to be further exposed and whittled away at.