“It is truism therefore to say that ‘if you protect the individual you protect society." - Sir Guy Powles, on being sworn in as New Zealand, and the english-speaking world's first Ombudsman. (Photo: Vaitogi Asuisui Matafeo)

The Ombudsman, Maiava Iulai Toma, is calling for a deeper discussion on religious freedom in the Constitution instead of the drastic overhaul to the Judiciary proposed by the Government in three bills tabled in Parliament.

Maiava, who is also the Head of the National Human Rights Institution, makes the point in a submission to the Parliamentary Select Committee reviewing the Constitution Amendment Bill 2020, Lands and Titles Court Bill 2020 and the Judicature Bill 2020.

According to the submission, the root of unrest between the village fono and the Supreme Court, on which the suite of three bills are based, is decades of Land and Titles Court (L.T.C.) decisions being overturned on matters of religious freedom.

Instead of the three bills which would have “injurious consequences” on fundamental freedoms, Maiava recommends Samoa take a closer look at one specific article of the Constitution for legislation – that of religious freedom.

He said part of the perceived clash between individual rights and village rights stems from several Supreme Court rulings overturning village fono decisions denying new churches from being built in their villages. 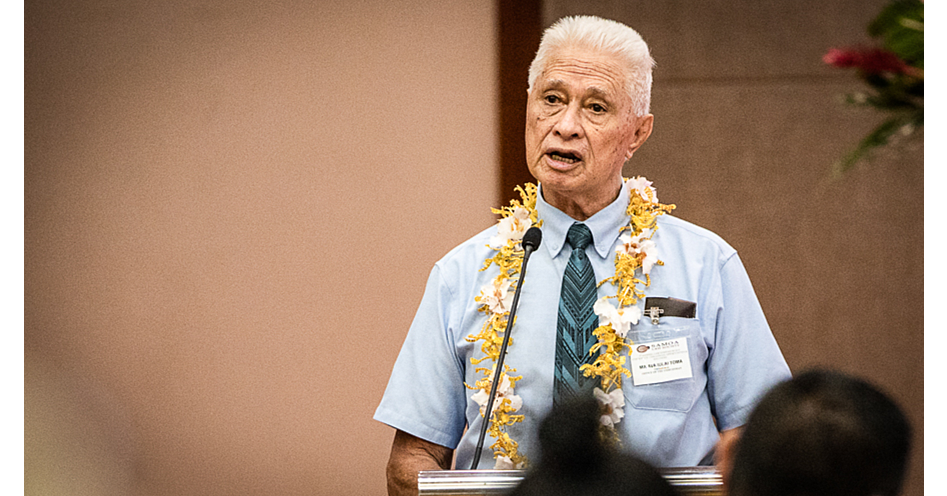 “Harboured resentment of perceived humiliation by the Supreme Court of the Village Fono and an undermining of its necessary authority is real, for which rural Samoa blames “individual rights,” Maiava states, based on research done in 2015 while writing the first State of Human Rights Report.

“The State can however solve the problem that has taxed rural Samoa for so long, by legislating ‘reasonable restriction’ on the exercise of religious freedom in villages under Constitution Article 11(2).”

Maiava explains that religious freedom was the most common reason for L.T.C. decisions to be appealed to the Supreme Court, which can only be done if the L.T.C.  is alleged to have breached a fundamental right enshrined in the Constitution.

The L.T.C. would typically rule in favour of a village fono denying a new church permission to build, after which a case would be brought under enforcement of religious freedom to the Supreme Court, which would permit the church to be built.

He contends that the Constitution’s Article 11 about religious freedom could be looked at more closely; especially part two which allows for the imposition of ‘reasonable restrictions’ on religious freedom by existing or new laws.

This means that Samoa has never created new laws to guide the courts on protecting religious freedom rights in accordance with village custom, leaving it up to the courts to decide on it.

In the United Kingdom for example, the House of Lords agreed that religious freedom: ‘does not allow one to manifest one’s religion at any time and place of one’s own choosing.’

“Rural Samoa, presumably, would readily agree with that Palagi view of the individual right in question.” Maiava said.

With religious freedom so unrestricted by the laws, the Supreme Court in 2000 said it was “not necessary for [the Court] to analyse the several purposes the Alii and Faipule may be said to have had in mind [for withholding consent],” in its decision over Mau Sefo and others vs Attorney General.

Presiding Judge Wilson said decisions of the Alii and Faipule should be made subject to the constitution, “even if it is feared that some unrest or disharmony may result, consent to the establishment of a new church cannot be withheld or insisted upon if, to do so, infringes a fundamental right guaranteed under the Constitution.”

The Village Fono Act 1990 went some ways to assert the authority of the village fono in the legislation but Maiava said it does not quite go far enough to deal with the question of “reasonable restrictions” on religious freedom.

And it is the absence of these questions that has much of Samoa asking why the Constitution appears not to protect Samoan custom.

“From the perspective of rural Samoa, the attention given to these matters of vital rural interest by the State and Organs of the State may have appeared as nonchalant as they have always seemed to be from as early as the colonial days,” Maiava said.

“Should anyone wonder then at a cry of: Let’s have a Samoan Constitution!”

Much of the Government’s commentary on the need for the tabled proposals have been around giving the L.T.C. the respect it deserves in the Judiciary and to give more recognition to custom in the Constitution, making it more “Samoan.”

Maiava said while “highly desirable objectives,” the bills do not clearly achieve them in “any substantive way.

“What the Bills appear to do is to merely stick the entirety of the Land and Titles Courts structure in the body of the Constitution and to place that structure and its deliberations outside of regular Constitutional surveillance provided for under the Constitution.

“With respect, what this creates is the impression of a fragmented rather than an integrated Constitution which doesn’t look any more Samoan than what we already have.”

In their submission, Maiava and his colleagues contend the Constitution of Samoa is Samoan enough, and that upending the entire judiciary instead of legislating on religious freedom alone, is to throw “the proverbial baby out with the bath water.”

The tabled bills are the Land and Titles Bill, Judicature Bill and Constitution Amendment Bill, which among other changes propose to sever the Land and Titles Court from the Judiciary and establish for it a separate courts of appeals and final review, removing the option for citizens to appeal to the Supreme Court on their fundamental rights.

This change would contradict two international human rights conventions Samoa is a party to (the Universal Declaration of Human Rights and the International Convention on Civil and Political Rights) as well as its own Constitution.

“The proposed changes strike at the heart of Part II of the Constitution which secures and guarantees to any and every person the enjoyment of their fundamental rights in all areas be it under civil,  criminal, Lands and Titles or whatever jurisdiction,” Maiava said.

The N.H.R.I. does generally support operational expansion to the L.T.C.’s judicial mandate but is fiercely against removing it from the Supreme Court, saying this will not remedy any problems people have with the L.T.C., which are largely from human not structural failings.

Instead it may further entrench the idea that individual rights are somehow in opposition to communal rights, which Maiava said contradicts the Fa’aSamoa concept of mutual recognition of individual dignity.

While a society and its attitudes and actions may be communal in character, an individual still requires and deserves fundamental rights and for those rights to be protected.

“It is truism therefore to say that ‘if you protect the individual you protect society,’” Maiava said, quoting Sir Guy Powles, Samoa’s last Governor of Western Samoa and one of the architects of Samoan independence from New Zealand.

“It is for this reason that basic freedoms of the individual are entrenched in any Charter that is revered as the supreme law of any land, as is the case with the Constitution of Samoa.”

What does have to be recognised is the inherent restrictions on the individual when everyone has their human rights honoured, and the balancing act every society has to undergo.

“A community is a conglomerate of individuals with rights and obligations toward one another, such as the obligation to respect and accept the wishes of the majority in a democracy.

“In the nature of a free egalitarian society, individual rights in Samoa are exercisable with respect to, or without infringing upon, the rights of others. This fundamentally limits the efficacy of any individual right […] As the upholding of human rights is for the general good, they come with responsibilities.”