A Samoan private criminal lawyer based in Wellington, Auimatagi Ken Ah Kuoi, has spoken out against the proposed Lands and Titles and Court amendments, saying the situation does not “look good” for Samoa or for its people.

In an interview with former Laughing Samoan, Maiava Eteuati Ete, on his Pacific Media Network radio programme Auimatagi said the suite of bills before Parliament are the beginning of a slippery slope to further erasing the rule of law in Samoa.

He said between the proposed separation of court systems, the judicial service commission and the cracking down to matai title bestowals, the Government is interfering too far outside its intended executive powers.

“These law changes the Government is introducing and trying to pass, [they’re] very dangerous because if you keep introducing exceptions to the norms and the principles it may not stop,” he said.

Auimatagi is a barrister and solicitor who runs his own law firm Ah Kuoi Law in Wellington, focusing on helping Pacific people and is from Magiagi and Vaiusu.

He told Maiava that the introduction of an independent Land and Titles Court (L.T.C.) with its own Court of Appeal and Final Court of Review would be undemocratic and adversely affect the separation of powers. 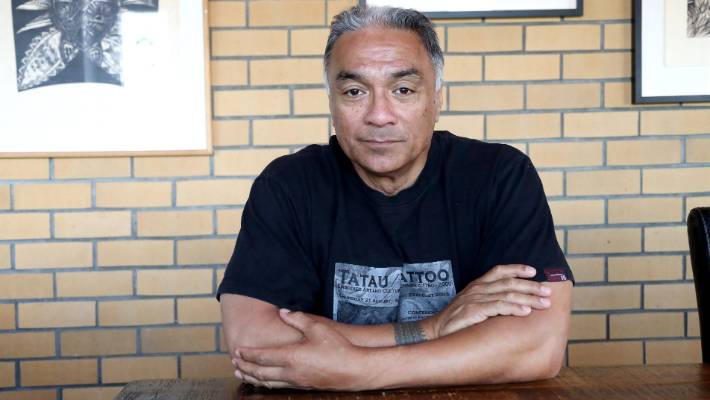 The separation of powers divides governing into the executive (the Prime Minister and their Government), the legislative (the Parliament and lawmakers) and the Judiciary (the court and its judges) and each of the three has the necessary powers to keep a check on the others. These are known as branches of government.

But should a new court be established with, as proposed, no pathway to appeal decisions to the Supreme Court, there would be a fourth branch of Government, splitting the judicial branch into two and desecrating the rule of law.

And with a Judicial Services Committee run by the Government in charge of appointing and dismissing judges, instead of a two thirds majority of Parliamentarians, the executive branch would have influence over how that new court behaves.

“The problem is that these new bills coming in are going to be inconsistent with the rule of law because human rights cannot be appealed to the Supreme Court.

“The executive will run the committee, [and] if they run that means they will interfere with the Judiciary.”

Maiava said if that is the case, the committee will: “just appoint judges that will listen to the Prime Minister.”

Recently, Prime Minister Tuilaepa Dr. Sailele Malielegaoi wrote to the Chief Executive Officer of the Ministry of Justice and Courts Administration about a case to which he is a party, and copied in the presiding judge, demanding answers about legal decisions.

Auimataga said this is an example of life to come if the boundaries between the powers are blurred further.

“What he [Tuilaepa] should have done by law is go to his own lawyer to oppose bail, but he used his power as the Prime Minister and leader to ask that.

“That is the scary thing now because now we see the Prime Minister and the executive is already exercising what is to come. When all these laws are passed there will be interference and overlap of the executive to the judiciary.”

Maiava said the “name-calling” being thrown around amidst the debate is distracting Samoan people from the issues at stake including their “fundamental human rights within the court system.

He said individuals will be hard done by if they have neither the avenue of their own village council nor the Supreme Court when they address land and title related grievances.

“The Land and Title Court are the same people running the village fono, don’t you think?”

“The main problem is the bias of the judges,” Auimatagi agreed. “There are issues when a judge presides over a case and he knows he is related to it.”

The lawyer encouraged Samoans in Samoa and overseas to write submissions and have their say on the new bills, and said he hoped the Samoa Law Society’s push for the bills to be withdrawn will be a success.

And with an election in a year’s time, the people’s voice matters more than ever.

“It doesn’t look good for us living in New Zealand and listening to what is happening in Samoa.

“We can’t change Government unless we vote. I am urging Samoans in New Zealand and our families to vote for a new Government. We can’t have a Government like this that is going to rule dictatorship style. It is not healthy for Samoa.”

Auimataga was born in Samoa, attended Avele College and is a Victoria University alumni. He is the Deputy Chairperson of the Samoa Capital Radio and the President of Marist St Patrick’s Rugby Club in Wellington.

He also has a regular legal programme in Samoan on both Samoa Capital Radio and the Pacific Media Network.