More than twenty supporters of the Samoa First Party and the Samoa Solidarity International Group (S.S.I.G.) in Samoa accompanied their representatives to present a submission before the Parliamentary Committee on Wednesday.

The submission was to oppose the Constitution Amendment Bill, Land and Titles Bill 2020 and Judicature Bill 2020, which propose to establish an independent Lands and Titles Court, among other changes to the Judiciary.

The Leader of Samoa First Party, Unasa Iuni Sapolu, said she wasn’t supposed to speak but certain issues arose that provoked her to speak out during the presentation. 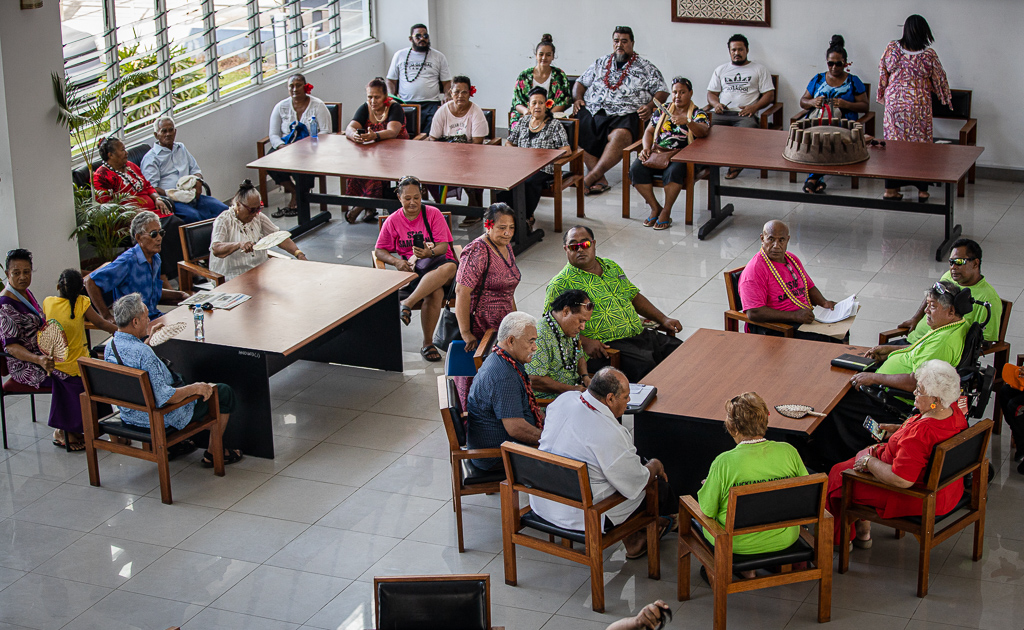 “I thought no, we really need to look at the customary land rights,” she said.

Unasa added that customary land rights are being affected by decisions made by this new L.T.C.

“It is crucial that there needs to be a referendum under Article 109. We had amazing opinions on other issues and I am really happy that they did listen.”

According to the submissions delivered it stated that all three Bills were released to the public at the same time.

“During the state of emergency, lockdown, when people were subject to State restrictions over the coronavirus pandemic period resulting in insufficient time for people to be informed and consulted,” reads the submission.

"This with respect is a serious breach of natural justice and a violation of constitutional rights of the people of Samoa as we were not afforded reasonable time and opportunity to read, analyse and formulate our submissions.”

“Those fundamental rights are guaranteed under the PART II of the Constitution.

There are 14 fundamental human rights and freedoms, guaranteed in the Constitution of Samoa.”

The 2020 Amendments to the Constitution will erode and remove the protection of the law for our fundamental rights.

The submissions also highlighted that everyone is equal before the law.

“And entitled to equal protection under the law, and all citizens of Samoa, both those living in Samoa and those overseas, must all be consulted by being informed and be given an opportunity to respond and answer to the intention of government via the bills, to remove and take away their fundamental rights in the Constitution.

“Your Committee, with respect, should prepare copies of the following documents for all our villages to read and be informed of, before your Committee hears the people’s views and opinions:

“The opinions of the people must be recorded digitally and in paper writing. The record must be clear and unequivocal of people actually speaking addressing the Committee especially when all members of your Committee are members of the governing political party, being the Human Rights Protection Party.

“There ought to be observers during the public consultation and hearings, who are independent of the state. Hearings should be public and open.”