The Samoa Chamber of Commerce Inc. has compiled and sent almost ten submissions to the Government seeking assistance for the private sector as requests from businesses mount.

The Chamber's Chief Executive Officer, Lemauga Hobart Vaai, said they have heard both complaints and requests from not only their members but also businesses who are non-members.

The Sunday lockdown across all businesses was the last straw for most commercial operators as Lemauga confirmed saying even the farmers selling crops at the markets - who aren't members - have relayed complaints to Chamber.

Lemauga said the Chamber had made a request for the Government to allow Sunday to have  business operations as usual.

“But as everyone has heard the [Prime Minister] said, the Government will not resume that normal Sunday practice,” he said.

“But we did meet with the Prime Minister and Ministers and relayed exactly what our members have been saying to [at least] give them the mornings and not the evenings, Government said no they will remain closed.” 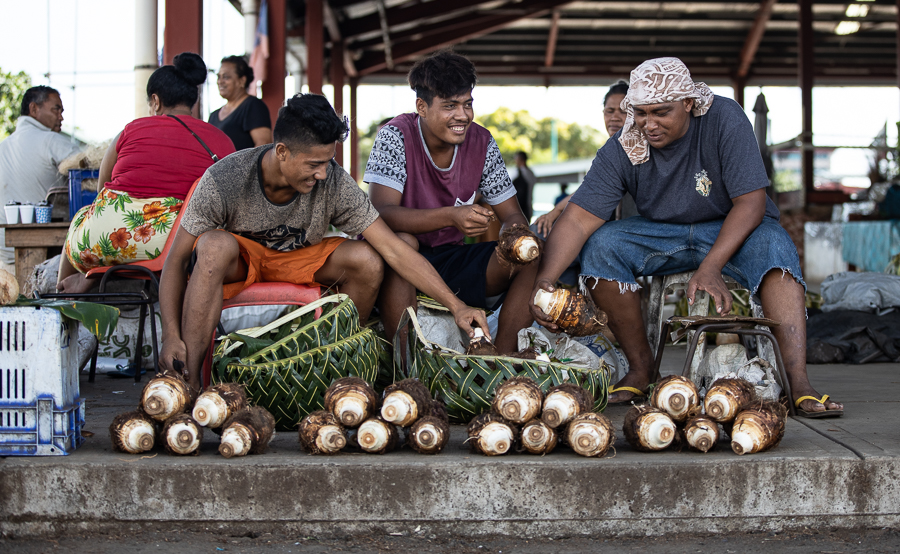 Asked what the logic is behind the closing of petrol stations across the country on Sundays, Lemauga says it's to allow for the equal application of a state of emergency policy closing of “all” businesses.

But small stores are exempt; they are permitted to operate normal hours, even on Sunday.

The Government’s decisions have been backed by an Australian National University economist who said they were correct to take decisive action, given that at the time of the state of emergency’s introduction, cases of coronavirus worldwide were growing at an alarming rate.

“It will take at least several months for things to return to usual, as until a vaccine or appropriate treatments are created there will always be a risk of rising cases as trade resumes,” Rohan Fox said.

“As a result, over time we may see the Government reducing restrictions, but reintroducing them if cases occur.”

Lemauga said that the Government was being “prudent” in their actions as uncertainty surrounding the virus continues.

“So with that response, we have advised businesses to try and adapt and make the most of Saturday for them to sell their goods. But when we talk about issues, they come from across all sectors,” he said.

“Of course we always push for more as what our members want but they are taking the prudent approach but we are also taking the approach of providing data to influence their decisions.”

For a second survey conducted before the Government’s stimulus package was revealed they received 218 responses, said Lemauga. The Chamber made two submissions before the $66 million package was released.

The chamber is compiling another submission for the Government and so far they have had more than 200 responses.

“All these businesses come to us for issues that arise from the state of emergency orders and I liaise with the team at Government for clarity and we make submissions requesting for particular businesses because they did not fully understand the orders,” said Lemauga.

“From manufacturing to tourism, additional tourism providers from restaurants to bars, it’s had an effect on everybody, but at the moment the most important thing for us is to collect that data.”

This is not limited to businesses in Upolu, he said.

Questioned on whether the Government is applying too much pressure, Lemauga said it is better to look at the matter from the holistic approach.

“While certainly there are some of us feeling the impact, but then also our smaller members are coming back to us saying *thumbs ups*, and it’s probably balanced really,” he said.

“But with the Sunday issue, some small shops are selling produce now, and the thing is the private sector always finds a way to adapt and become quite resilient.”

But as the number of issues received increases, the capacity of the team at Chamber becomes a challenge as well.

Lemauga stressed Chamber has been listening and supporting the business community in their struggles but with so much uncertainty surrounding the circumstances, he assured that “we are all learning.”

The state of emergency was extended last week by another four weeks with more breathing space allowed for businesses to operate and individuals in the new amended orders.

In a late notice issued on social media on Tuesday night, the Office of the Electoral Commission confirmed that the threshold of 10 per cent women representation in Parliament had not been met in the recent General Election.

The runner-up to the caretaker Minister of Works Transport and Infrastructure for the Vaimauga No.3 seat is considering filing an election petition against the incumbent.