“It is not clear to me how, under the current proposals, the Land and Titles Court will interact with the other branches of government," Dr. Anna Dziedzic said. (Photo: Aufa'i Areta Areta)

An expert in Constitution law and Constitution making in the Pacific, Dr. Anna Dziedzic, says the proposed bills on the Lands and Titles Court do not answer clearly how the new court would relate to the other three branches of Government.

The Bills, tabled in Parliament last month and currently awaiting its third reading following hearings by a Select Committee, seek to separate the L.T.C. from the Judiciary and stand it alone as an independent court.

Dr. Dziedzic, a Law Professor at the University of Hong Kong, said the purpose of the separation of powers, or the Parliament, Executive and Judiciary, is to ensure the three branches can operate as a check on each other. 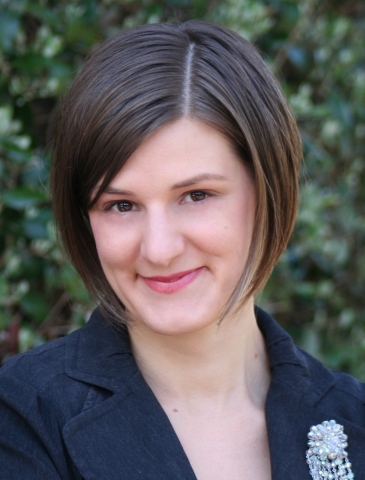 “It is not clear to me how, under the current proposals, the Land and Titles Court will interact with the other branches of government. Its role seems mainly judicial, i.e. resolving disputes between private parties,” she said.

“As far as I can see, it does not have a role in advising government on custom, as is the case with the Council of Chiefs in Vanuatu or Marshall Islands.”

She said Samoa does not necessarily need a Council of Chiefs, especially as the rule where only Matai may be elected means the Parliament is in a way already one, but that the proposed L.T.C. does not appear to have a mandate to advise on custom.

The lawyer, who formerly volunteered for the Samoa Law Reform Commission (S.L.R.C.) said if, as the 2016 Special Inquiry into the L.T.C. suggested, a major problem is the capacity and behaviour of judges, splitting the court will not improve the situation.

“The answer is to appoint better judges, perhaps by reconsidering the criteria for eligibility for judicial appointment and the appointment process, establish a complaints body or other accountability mechanism, and give judges training in law, procedure and ethical judicial conduct.

She said she suspects the intention of the L.T.C. of having an institution that speaks for Samoan custom may already exist in the form of Samoa’s legal pluralism.

“Legal pluralism where the laws made by parliament and the courts co-exist with customary law is already a feature of Samoa,” she said.

She said a risk inherent to having two separate, equally powerful courts – the Supreme Court and an independent L.T.C. – is that the two courts may clash on judicial decisions.

Any case might easily raise issues that are both about custom, civil or criminal law and it may not be clear which court should hear them.

“For example, an issue of customary land might arise in a divorce, succession, adoption, or contract case. Then there is a question of which court should decide the case.

“There is a risk that the two courts will develop inconsistent interpretations of the law, creating uncertainty about what the law is.   Parliament would need to step in to resolve it by legislation, or potentially, constitutional amendment.

“There is also then a risk that there will be “battles over jurisdiction”, where litigants try to choose the court they think will suit them best, and where the courts disagree over which court has the right to hear a particular case.”

Having symbolic recognition of the equal value of custom and other forms of the law would be a benefit, as would having a court that would build up expertise in its speciality, Dr. Dziedzic added.

In their letter to the S.L.R.C., Samoa’s Judiciary raised the question of who would even sit on the new L.T.C.’s courts of appeal and final review.

They worry that the proposal to have retired Supreme Court judges sit on the L.T.C. appeal and review courts, but the supply of such Justices may be short.

“The problem is retired Supreme Court judges may undertake other roles inconsistent with judicial office, they may have conflicts in terms of the matters before the Court, they may not wish to preside or sit at all, or be otherwise unfit or unavailable,” the letter, signed by nine Samoan judges states.

Dr. Dziedzic said while Samoa has made significant progress in appointing Samoan judges instead of relying on overseas judges to be available, but the progress is new and as yet not done in the Court of Appeal.

“There is a real question about who would sit on the new L.T.C. Court of Appeal,” she said.

Dr. Dziedzic is the Associate Director of the Centre for Comparative and Public Law, and was a co-convener of the Constitution Transformation Network.

She worked on criminal procedure law and protection of national heritage.