The Minister attempting the challenge on the platform (Photo: Facebook)
HS
By Hyunsook Siutaia, 28/04/2020

The Minister of Communication and Information Technology, Afamasaga Rico Tupai, has taken the viral ‘25 Days 25 Push-Up Challenge’ to new heights.

Afamasaga posted a video and images of himself doing the Push-Up Challenge on his Facebook page on April 25, where he completes the challenge in 36 seconds on a flat rack shipping container hanging suspended over the sea, and gives the thumbs up before the video ends.

The objective of the Push-Up Challenge – which has gone viral on social media – is to draw attention to mental health issues, and post footage of yourself doing the push-ups on social media, before inviting others to take on the challenge.

There was a reference to #PTSD or post-traumatic stress disorder, a mental health condition triggered by a terrifying event, in the Minister's Facebook post. 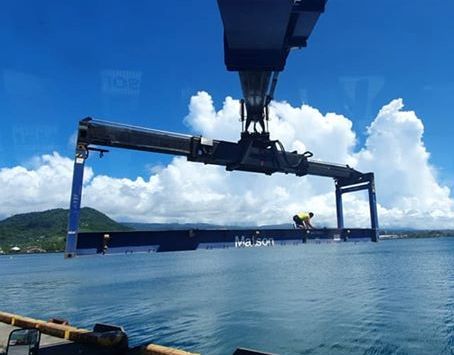 As part of his April 25 Facebook post, Afamasaga "nominates" Cook Islands and Tonga politicians Mark Brown and Siaosi Sovaleni to take on the challenge.

“DAY 25 and FINAL DAY. It's a blessing to participate in this challenge. #PTSD is serious. We are here for you. Please share your problems with us and together we can find find peaceful solutions . E taua le faasoa ma faatalanoa ou mafatiaga ina ia vave ai ona foia nisi faafitauli ogaoga e ono tulai mai e pei ole pule ile ola,” his states in his Facebook post.

“Thank you to brother Albert Matautia for nominating me and brother Lemalu Hermann P Retzlaff for the encouragement. Great to see Honourable Tuitama and Honourable Loau Keneti Sio starting off. Here's today's finale and the making of it thanks to brother Lorenzo Fepuleai for making it happen. Wait for the platform to turn. I now nominate Honourable Mark Brown from Cook Islands and Honourable Siaosi Sovaleni from the Kingdom of Tonga.” 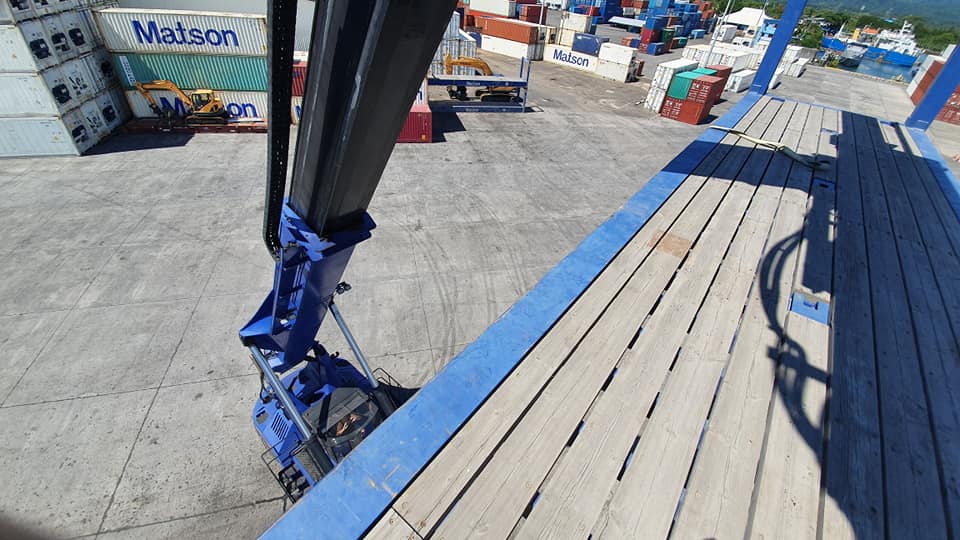 The video footage of the Minister doing the push-ups appears to have been taken at the Matautu wharf, as Apia’s central business district and the Government building could be seen in the background.

A crane was also moving the flat rack shipping container as he did the push-ups on top, as the floor could be seen moving, with the sound of the crane’s hydraulic system audible in the background.

The Push-Up Challenge has grown in popularity in recent months as COVID-19 forced people around the world to stay indoors, leading to them taking on the challenge to pass the time. Afamasaga and his Cabinet colleagues are the most high profile Samoans to take up the challenge to date.