The women who were detained by the Police following the raid. (Photo: Aufai Areta Areta )

Late on Friday night Police captured the final remaining fugitive from an incident last month in which a gun was allegedly discharged at officers, after an early morning raid the same day netted four other suspects.

About 9pm, the Fasitoo village council turned in Sosene Asomaliu Apineru who is alleged to have been involved in an incident in which Police were shot at last month.

Chiefs of Fasitoo-tai apprehended Sosene and took him to Faleolo Police Post and, as of 10pm last night, he was transported to the Police headquarters in Apia.

The evening arrest of one of Samoa's most wanted men followed an early morning raid in which four other wanted persons were brought into custody, including Iolamo Sanele Moa, who, like Sosene, was one of the nation's most wanted men.

Alongside the two major fugitives, two women were detained by the Police in a raid on early Friday morning, in connection to their roles in a major November drug bust, in an operation that also snared Iolamo's cousin, Fotu Sanele Moa.

Police also found weapons, close to $50,000 in currency from the Middle East and what appeared to be cocaine.

“The [women] are part of this investigation and if [we] go a little bit further and there is probable cause and enough evidence to charge, we will [charge them],” said Commissioner of Police Fuiavaili’ili Egon Keil. 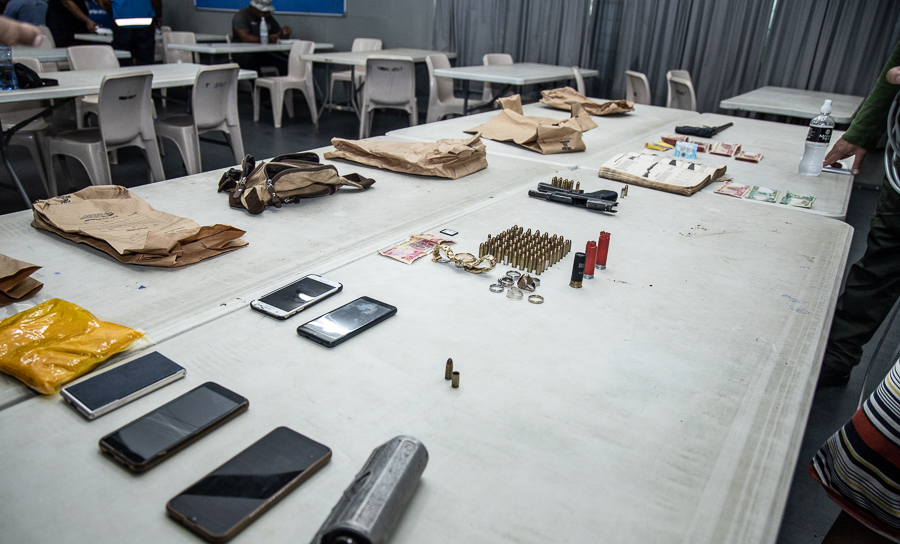 The women arrived in a police car with their children and were taken into the Criminal Investigation Division for interrogation.

Fuiavaili’ili said once the women are charged, family members will be contacted to take their children.

“If not, we have the Samoa Victim Support group that can assist us with the children,” he said.

The Faleatiu and Fasitoo-tai men are charged for causing serious bodily injury with intent but Police say there’s a possibility of more criminal charges.

Iolamo Moa was on the Police most wanted list after he was alleged to have been involved in an incident in which a gun was pointed and discharged at Police officers on Monday 30 March this year at Fasitoo-tai. 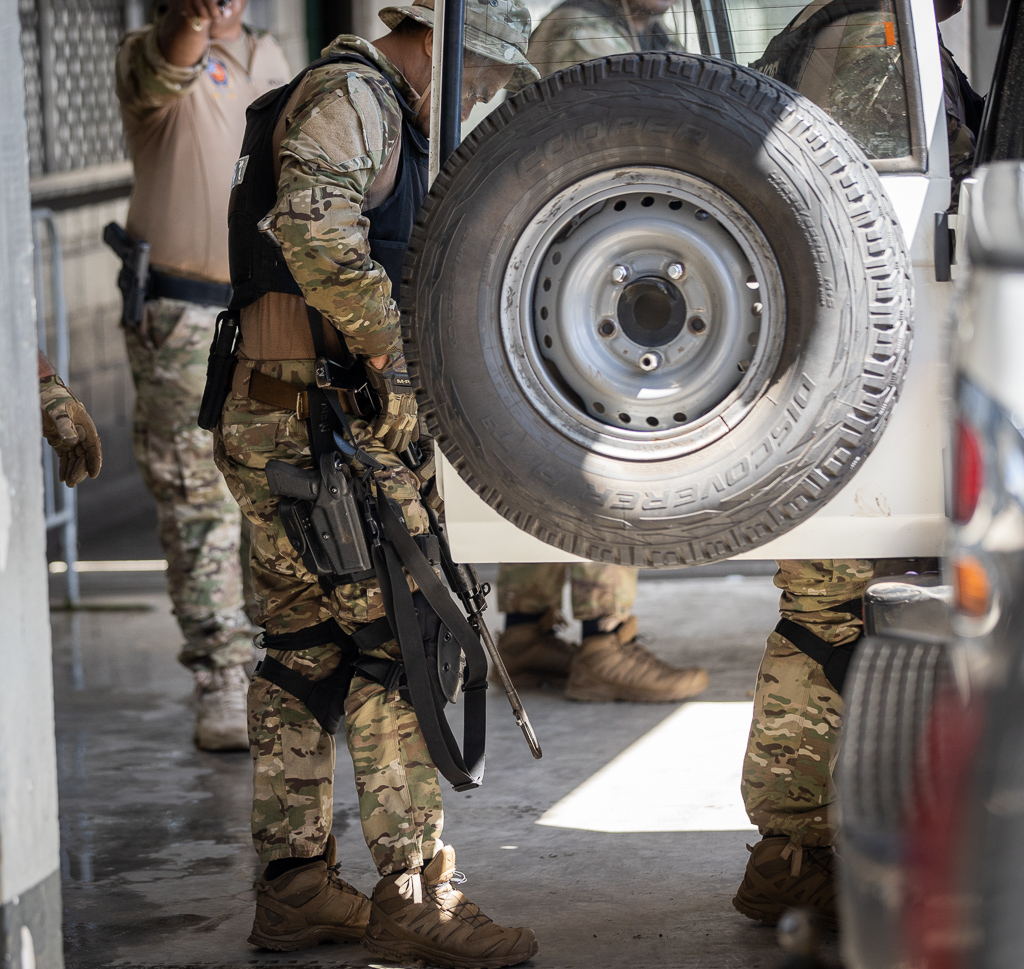 During the morning raid Police confiscated a nine millimetre calibre pistol which was found fully loaded;

“We also found a book outlining all sorts of guns and the only reason you would study these booklets is when you are a cop or in the military, or you're up to no good," the Commissioner said.

“And looking at the photos, these are military guns and these men are studying.” 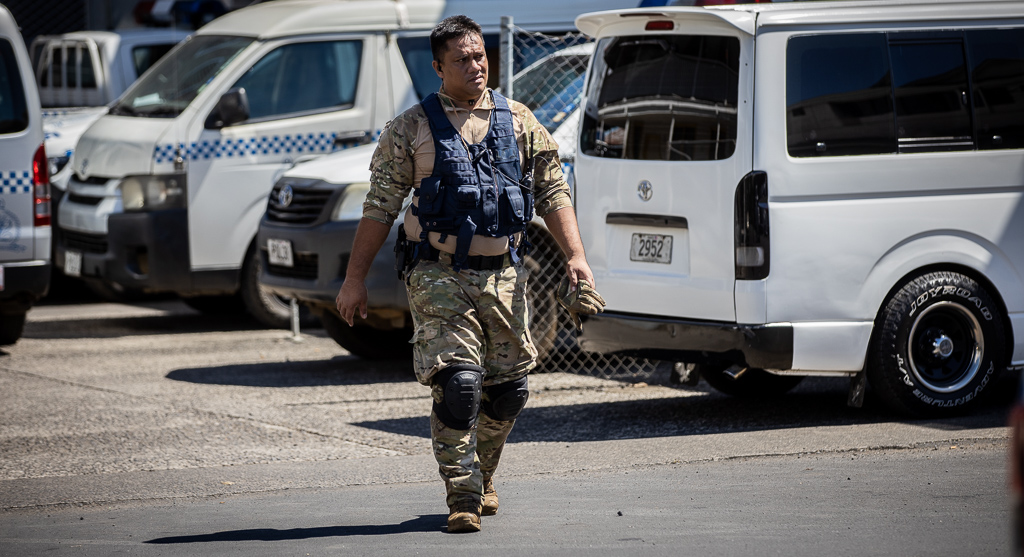 The Commissioner noted the ammunition found is used for military weapons and should not be in the country.

“The interesting part was the discovery of currency from the Middle East and we were talking about $25,000 and $10,000 Iraqi (dinar) money,” he said.

Among the evidence the Police found were makeshift guns made from tubes.

Fotu had previously been apprehended during a November drug bust at Faleatiu.

That undercover operation resulted in what is believed to be the biggest drug bust in Samoan history and resulted in the seizure of some 10,000 marijuana plants, firearms and cash. 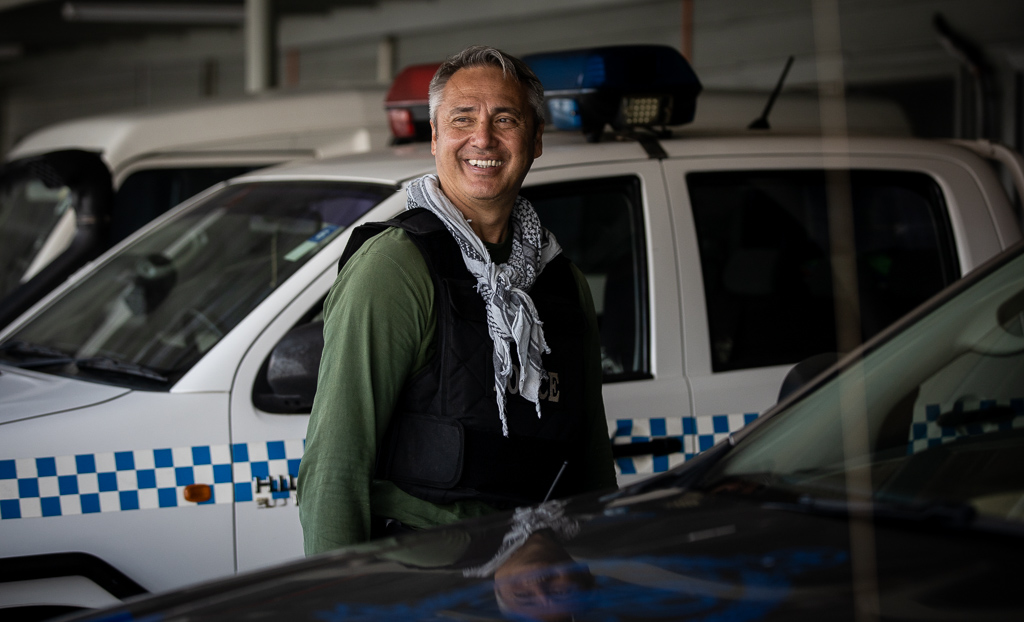 But Fotu, who was out on bail following the incident, had violated the terms of his release by failing to sign in with Police, resulting in his arrest on Friday.

Samoa Police Service wishes to acknowledge members of the public but especially the village council local population of Faleatiu for assisting Police in the apprehension of these individuals.