Samoa
The badly damaged purple car crashed into the side of a fence. (Photo: Supplied. )

A three-car crash on Lalovaea Street sent the driver of a small purple car to hospital after he crashed into a taxi, which then swerved into the way of a van.

An eyewitness, Tasesa Lam Sam, of Lalovaea, said the crash happened just before 7 pm when he and his family were startled by a loud bang.

That sound came from the white commercial taxi into an Electric Power Corporation box in front of their gate after it had been hit from behind by the purple vehicle.

That force caused the van to collide with the van that was in front of him on the road.

At the same time, the already badly smashed purple vehicle also ran into the other side of Mr. Lam Sam's gate.

Three people were in the taxi including the driver. The purple car had only its driver in the car. 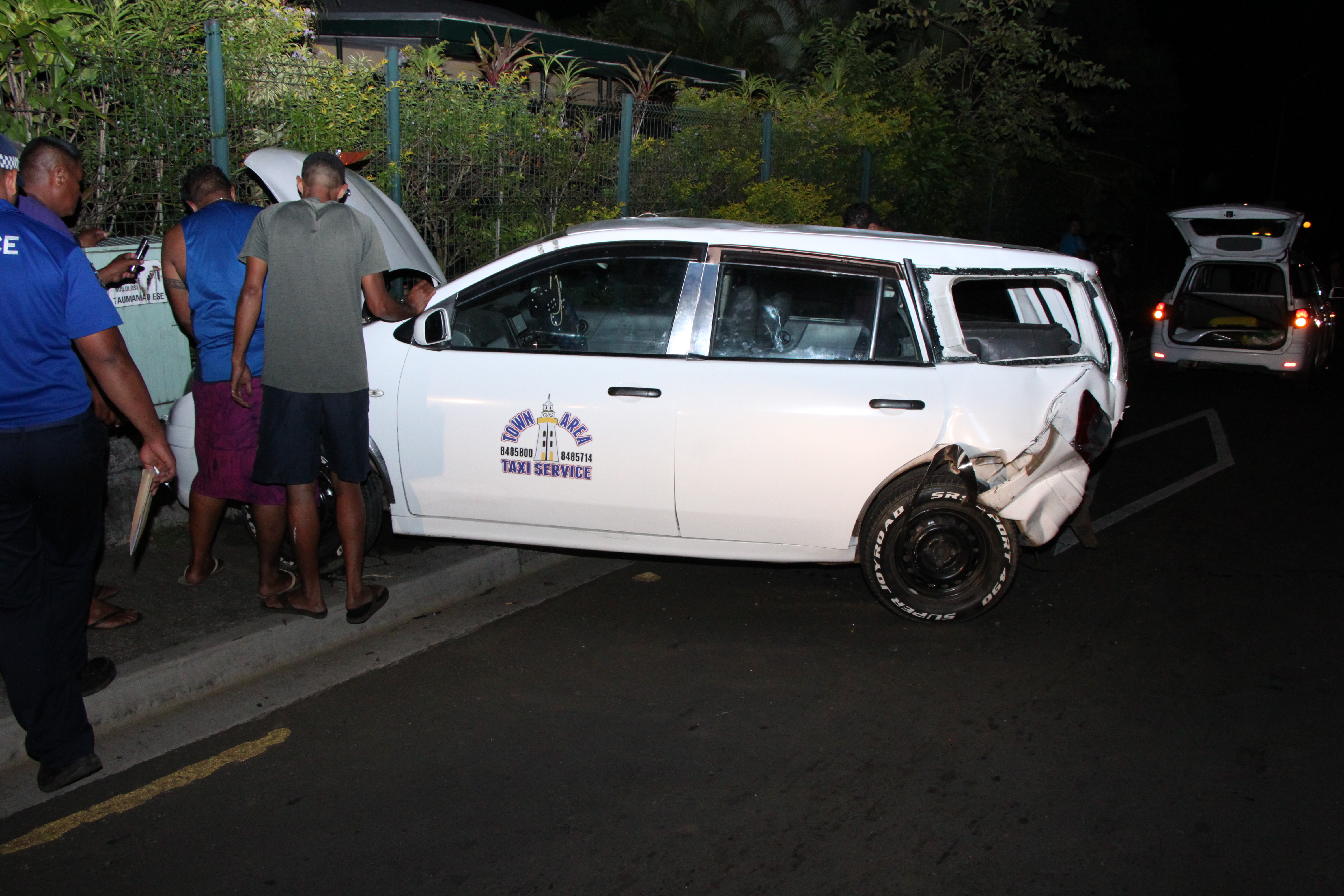 "That purple vehicle hit the white taxi coming from the crossing just in front of our house, which caused the taxi to swerve into the van" he said.

"The purple vehicle’s driver was [allegedly] intoxicated and he was speeding. We notice the car as the one who had been doing tyre squeaks earlier in the evening.”

According to Mr. Lam Sam, a woman who was in the taxi sustained minor injuries while the driver of the purple vehicle was rushed to the hospital.

"Not only one life was almost affected by this incident. There was a woman injured from the taxi passengers, while the other two were okay," he said.

"But for the purple car driver, we all heard his cried for help as he was rushed off to the hospital."

Attempts to get a comment from the Police were not successful as of press time.