Samoa
Fotu, who is a cousin of Iolamo's, had previously been apprehended during a November drug bust at Faleatiu. (Photo: Aufai Areta Areta)

Police have captured two of the nation's most wanted men following a Police raid in Faleatiu early this morning.

Iolamo Moa was on the Police most wanted list after he was alleged to have been involved in an incident in which a gun was pointed and discharged at Police officers on Monday 30 March this year at Fasitoo-tai.

Police also said they had captured 30-year-old Fotu Sanele Moa of Faleatiu and Fasitoo-tai for an apparent violation of his bail conditions.

Police say they intend to charge both men with causing serious bodily injury with intent and further charges once the Police investigation reaches its conclusion. 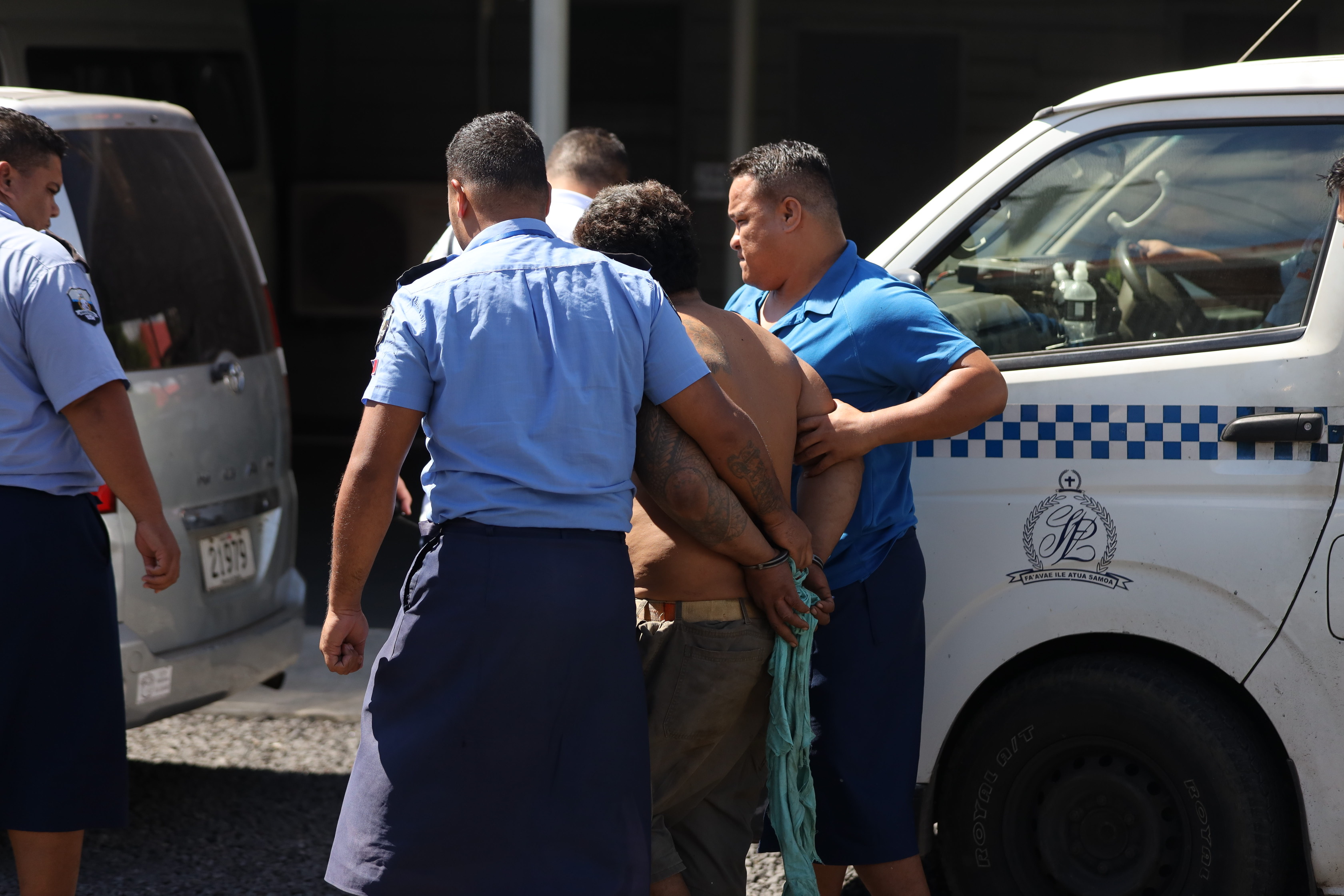 Fotu, who is a cousin of Iolamo's, had previously been apprehended during a November drug bust at Faleatiu. That undercover operation resulted in what is believed to be the biggest drug bust in Samoan history and resulted in the seizure of some 10,000 marijuana plants, firearms and cash.

The Commissioner of Police, Fuiavailiili Egon Keil, confirmed that Fotu, who was out on bail following the incident, had violated the terms of his release by failing to sign in with Police, resulting in his arrest on Friday.

The Samoa Observer arrived at the Police headquarters in Apia as Iolamo was escorted by Police into the station for interrogation by officers from the Criminal Investigation Division.

A third man, Sosene Asomaliu, also wanted in connection with the November bust remains at large.

This is a developing story.

The Office of the Regulator has again ordered the Electric Power Corporation (E.P....

Local motorists are continuing to feel the financial pain of rising fuel prices at...