The public should capitalise on the collection points and dispose of their used soda cans and plastic drinking bottles. (Photo: Vaitogi Asuisui Matafeo)

Living amidst the coronavirus (COVID-19) global pandemic, it wouldn’t be a surprise if we overlooked the significance of Earth Day, and the drive to protect our planet from destruction.

Earth Day is held on April 22nd every year and this year 2020 will mark 50 years since it was founded in 1970 in a movement led by American Senator Gaylord Nelson.

Mr Nelson was an environmental trailblazer in his own right, who was reportedly credited for pushing through legislation in the U.S. Congress, which led to the banning of the pesticide DDT and the protection of the Appalachian National Scenic Trail comprising over 3,000km of forested mountain footpaths in the eastern United States.

Besides the legislative success of Senator Nelson in the 1970s – that era also saw the passage of landmark environmental laws in the U.S., such as the Clean Air, Clean Water and Endangered Species Acts and the establishment of the watchdog Environmental Protection Agency (E.P.A.) – which the Earth Day Network says inspired a raft of similar legislation in other nations.

In 2016 the United Nations chose Earth Day for member states to sign the historic Paris Climate Agreement. Then U.S. President Barack Obama and Chinese President Xi Jinping were among the signatories. Samoa’s Prime Minister Tuilaepa Dr. Sa'ilele Malielegaoi was among leaders from five Pacific nations who signed and ratified the agreement in New York. The other five Pacific island states at that time included Fiji, Nauru, Palau, Republic of Marshall Islands and Tuvalu.

And with climate change the theme for the Earth Day 2020, the spotlight is on us individually to take on more responsibility to promote a healthy environment in our communities. 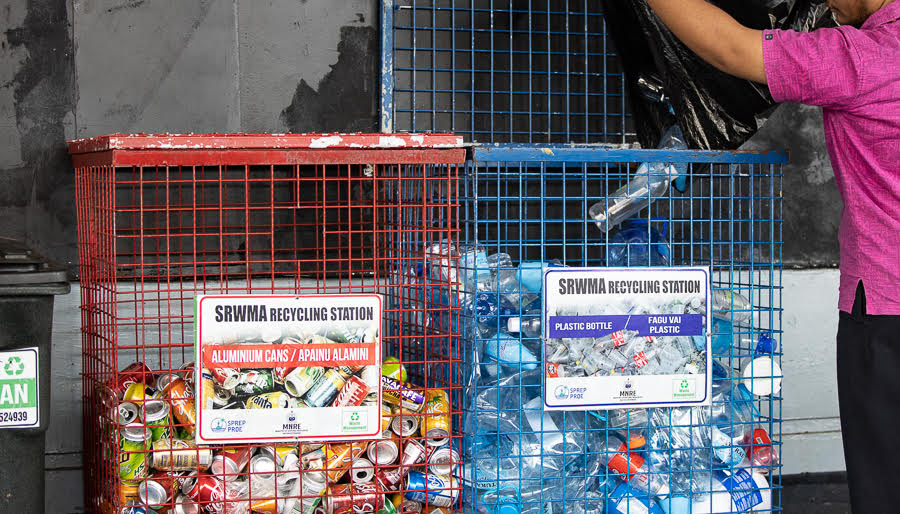 Earth Day 2020 is, perhaps, the perfect opportunity to do a postmortem on how we’ve lived our lives and whether we’ve adhered to simple rules of keeping our planet green. Amidst the challenges of adjusting our lives to a two-month-old state of emergency (S.O.E.), which was declared to mitigate risks connected with the coronavirus (COVID-19) global pandemic, it should not be difficult for us to do a review of our own consumption habits including the use of utilities such as water and electricity.

Turning off the power for unused home electrical appliances, fixing leaking water taps, and making the right choice when it comes to using a dual flush toilet system, can go a long way in not only saving electricity credits and water, but also lighten the weekly to monthly utilities bill which ultimately should translate to savings for the family.

Embracing and promoting sustainable waste management systems at home is also not hard as it sounds. Thanks to proactiveness by the Samoa Government, the country became one of few in the region to ban the import, manufacture, export, sale and distribution of plastic shopping bags, packing bags and straws effective January 30, 2019.

To complement and support the Government policy banning single-use plastic, supermarkets such as Farmer Joe and Frankie introduced collection points for members of the public to dispose of used soda cans and plastic drink bottles for recycling.

But the support of the two businesses will be miniscule in the whole scheme of things, unless individuals capitalise on the opportunity and drop off used soda cans and plastic drink bottles at the various collection points outside the supermarkets.

According to the United Nations Environment Programme (U.N.E.P.), every year approximately 11.2 billion tonnes of solid waste is collected worldwide and the decay of organic solid waste contributes 5 per cent of global greenhouse gas emissions.

We are living in a crisis and local solutions are needed for a global problem that is climate change. And the global pandemic should not become an obstacle to our efforts to change this world for the better environmentally.

The S.O.E. and its subsequent lockdown offers us an opportunity to put ourselves under the microscope, our habits and the wastage that we create. We can all start taking by taking baby steps to act individually, before acting as a community and then as a nation.