Faulalo family happy to return home to Savaii where they belong. (Photo: Vaitogi A. Matafeo)

The resumption of the inter-island ferry service is a relief for Savai’i-resident, Ivona Kaliti.

The 37-year-old mother of four travelled to Upolu a month ago to get medical treatment at the Tupua Tamasese Meaole National Hospital (TTM), only for the Government-declared state of emergency (SOE) to leave her stranded following the closure of all ferry services.

But the resumption of services last Wednesday after the Government revised its SOE orders opened the door for her return to her eldest daughter and her husband’s parents.

She was at the Mulifanua wharf with her two children and husband, waiting to board the ferry to Savai’i, when she was interviewed by Samoa Observer.

“The most important thing is we’re going back home. It was the only thing that was in our minds when we realized that we will be stranded here in Upolu for an unknown amount of time,” she said.

“And with the fears over this pandemic, we thought it was going to take longer than this for us to return home. But our hearts are beating normally again, knowing we will be reunited with families and friends in Savai’i soon.” 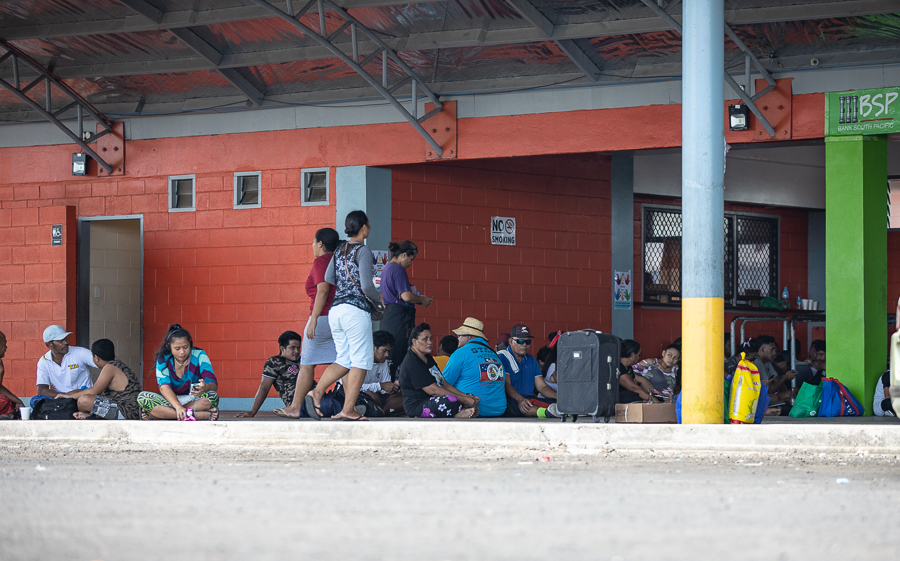 Getting separated from her daughter and family in Savai’i was “unusual”, according to Mrs. Kaliti, but she had to travel to Upolu for urgent medical treatment at the TMM following doctors’ advice that she had bladder stones.

Having been to the hospital, she is now on medication, but accepts that she might need to return to Upolu if her condition worsens.

But for now, having been away from Savai’i for over a month, she would rather return to the big island to be with her family.

There’s always that saying that home is where the heart is and I'd rather be at my real home in Savai’i with the rest of my children and family, than waiting and the uncertainty of when I need to see the doctors again,” she added.