State of emergency (S.O.E.) restrictions that ensure only 20 passengers can board the inter-island ferry service between Upolu and Savai’i can make it a challenge for travellers.

And the resumption of services means there is a backlog in passengers wanting to return to the big island, after the closure of the service last month left a lot of people stranded in Upolu.

It explains why 49-year-old mother from Safune in Savaii, Ana Tavita, was up early to catch the first ferry service to Upolu in order to accompany her two daughters back to the big island.

“I waited in front of the main road for hours and I almost gave up and cab it. I felt chills over my body when I heard the sound of a bus coming my way and it was,” she told Samoa Observer.

“Mixed thoughts and feelings started popping in my head while at home in Savaii. I felt unsteady and uneasy as my children were stranded in Upolu when they were supposed to return home.”

But her prayers were answered when she heard on radio that the ban on the ferry service was lifted. 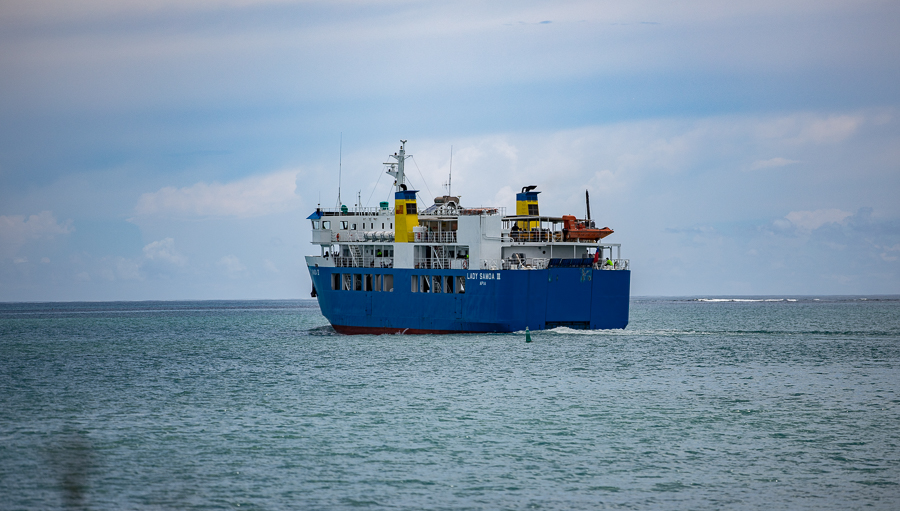 According to Mrs. Ana, public transport in Savai’ has grind to a halt as bus owners are of the view that they will make losses, due to the limits set under the SOE orders on how many passengers they can get.

Under the revised SOE orders, public buses can only move 20 passengers at any one time, as they are also expected to practise social media distancing when seated.

Mrs. Ana said she feared for the safety of her daughters, since they’re both teenage girls and being passengers on the last ferry, they would arrive at the Salelologa wharf at night.

“We’re probably going to take a taxi which I prepared enough money for because I knew it’s going to happen,” she said.

She said she did not want her daughters taking the taxi at night to Safune, which is located 48.3 kilometres far from Salelologa.

Her 18-year-old daughter Sepora Tailevai is a student at the National University of Samoa (N.U.S) and her 19-year-old sister Lemalie Iosi works at a shop in Tamaligi.

Asked why her children are educated and working in Upolu, the mother said there are more opportunities on Upolu.

“We have jobs in Savaii as well but I know every resident of Savaii is also aware that Upolu is more advanced when it comes to education and job opportunities,” she said.