Two men escaped a car crash with minor injuries Thursday afternoon after a grey minivan allegedly ran the red light, only for the oncoming vehicle to hit it from the side.

The impact of the crash involving a white Lady Dollaroyna Taxi Stand vehicle left its driver and offside passenger visibly shaken, though they were counting their lucky stars to have at least escaped the worst. 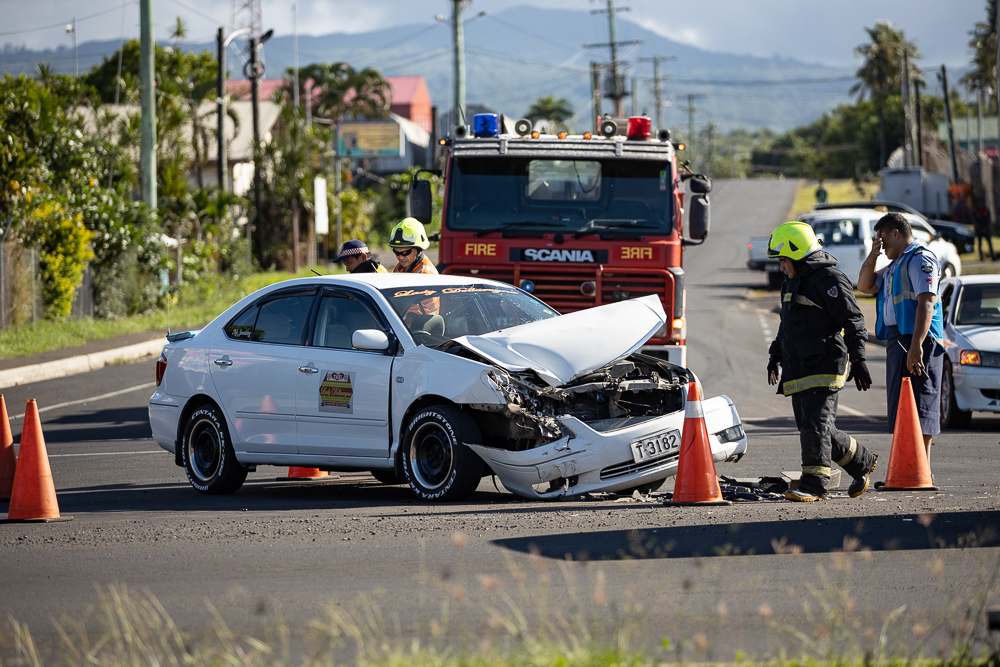 They were standing in the middle of a three-way intersection at Vaitele-tai, opposite the Simokata store, when the Samoa Observer arrived at the scene of the incident.

Police and officers from the Fire and Emergency Services Authority (F.E.S.A.) were already at the crash scene.

The driver of the damaged taxi, who did not want to be identified, told Samoa Observer that the grey minivan was coming from town and was driven by an “old man”.

“There was a red pickup truck behind us and we all moved as soon as the turning lights turned green while the main road lights turned red,” he said. “But the grey minivan did not stop, he came straight at us. Now there’s no use, the vehicle seems like it’ll be written off.”

The taxi driver and his passenger had just bought cash power at the Electric Power Corporation outlet in Vaitele and were on their way home when the crash occurred. He sustained an injury to his right elbow while his passenger had a minor scuff to his forehead. 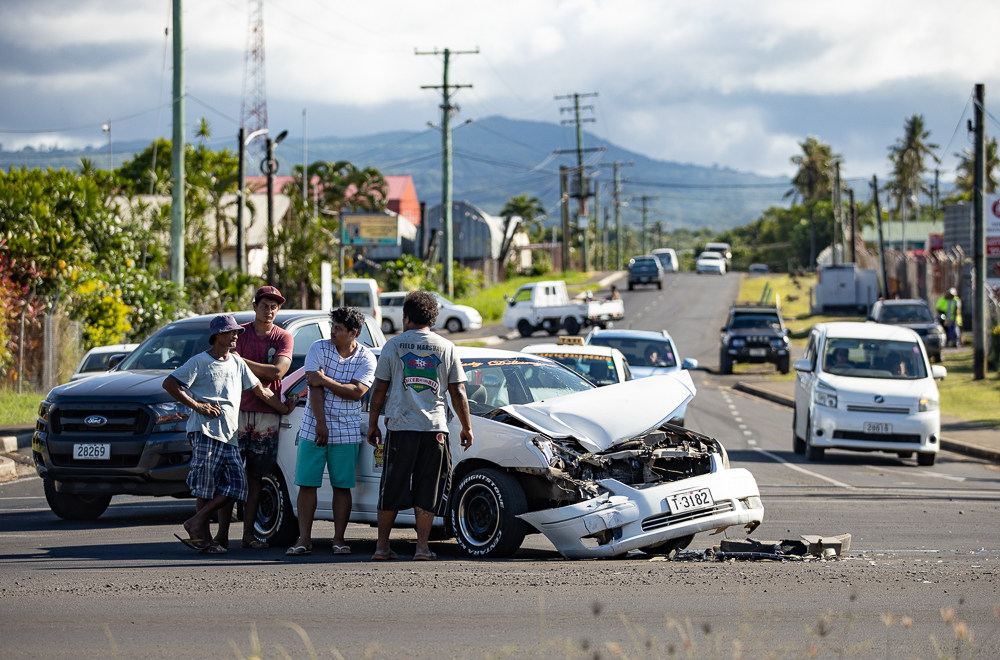 Eyewitnesses, who were seated in front of the Simokata store, told Samoa Observer that the grey minivan immediately stopped upon hitting the taxi with the driver immediately getting into an argument with the taxi driver and his passenger.

“He was in kind of an argument with the boys that were in the taxi. But as soon as he had the chance, he drove off as fast as he could,” said one man, who did not identify himself.

The Police responded quickly and had to direct the traffic as the crash led to a long queue of vehicles.

F.E.S.A. officers, who were dispatched to the scene, were on the lookout for hazardous material that could have leaked from the car following the crash but were able to contain it.