They are finally home but not quite there.

Two students, who arrived from Fiji on the last flight before the borders shutdown, and are being quarantined at Samea Mulifanua, say their experience of compulsory isolation so far has been mixed.

The students, Gataiala Penn and Jared Lameko, have not been able to greet their families since they arrived because they are required to be in isolation from the community for 14 days.

“So far the way we’re being treated by the staff here is good," Mr, Lameko said.

"But we’re still scared of the fact that we’re being kept in one room because we might expose each other in a way."

Along with other female students, Ms. Penn said they sleep on their own beds but in one room. 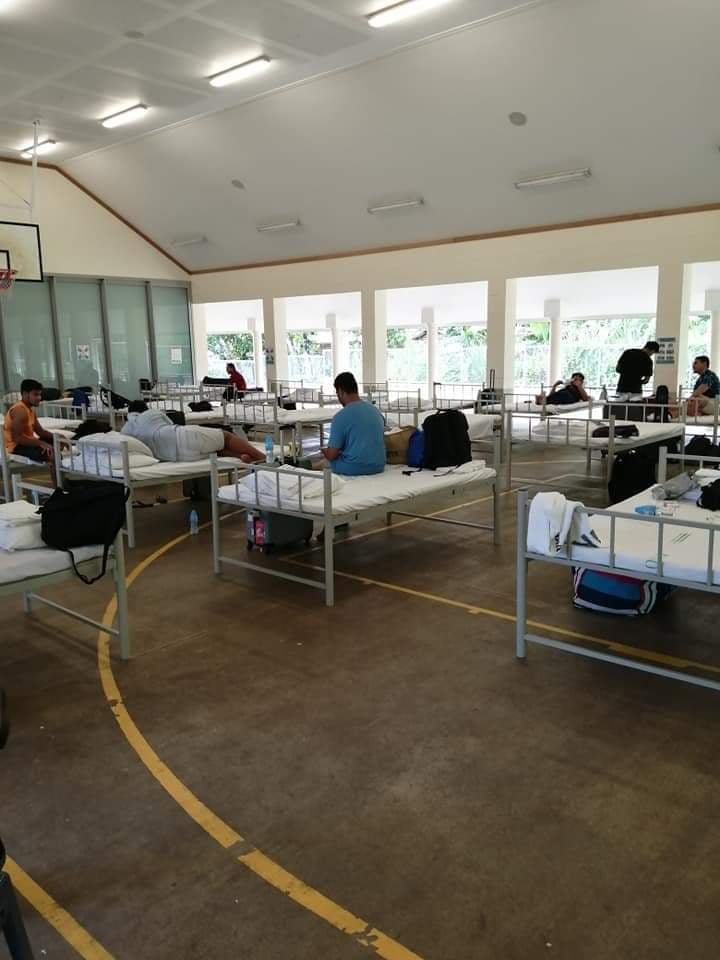 The same goes for the men.

One of the issues was not having a washing machine for their laundry. They are also still adopting to social distancing where they are required to stay at least a metre away from each other.

But the hardest thing is not being able to see their families.

“We’re only allowed to take stuff from our families but we don’t see them," Ms. Penn said. "They give them to the guards and the guards deliver them to us."

For the 21-years-olds, they fully support their isolation because of the safety of their families.

They expressed their gratitude towards the staff of the Church of Jesus Christ of Latter Day Saints at the compound who have been helping them.

“We’re served three meals a day from Fong’s catering and it’s very satisfying as well as the service from the staff,” Ms. Penn said.

While at the compound, the students say they are praying everyday and they cannot wait to be allowed to see their families and loved ones.