Reverend feeds prisoners before turning them in

Reverend Paiti points to where the four escapees sat and ate as they awaited the Police. (Photo: Aufai Areta Arta)

The last four prisoners wanted after the mass prison break on Monday night are back behind bars at Tanumalala Prison thanks to the help of Reverend Pio Filipo Paiti and Mariana Kolisi Paiti of the Faleaseela Catholic Church.

After four days on the run, criminals Francis Heather, Misi Ioasa, Mathew Fili Solo and Silao Leleiga Faaleleiga, were turned over to the Police after being fed by Catholic pastor.

Rev. Paiti told the Samoa Observer that the four escapees knocked on their front door at around 5am asking for food, water and a phone to call the Police.

The father-of-four said the men expressed their dissatisfaction about the treatment they were receiving at the Tanumalala Prison, claiming that the food there was horrible.

“They said they had been just doing the rounds in our area after they escaped on Monday night," Rev. Paiti recalled their conversation with the prisoners.

"They said they couldn't bare to sleep on the ground anymore and being eaten by mosquitos with no food so that’s when they came looking for the pastors home.

“The three younger ones sat together right in front of our door step while the older one (Misi Ioasa), sat further back. They were asking for water and food."

Rev. Paiti said he had compassion for the three young prisoners.

None of the four escapees is from the village of Faleaseela. 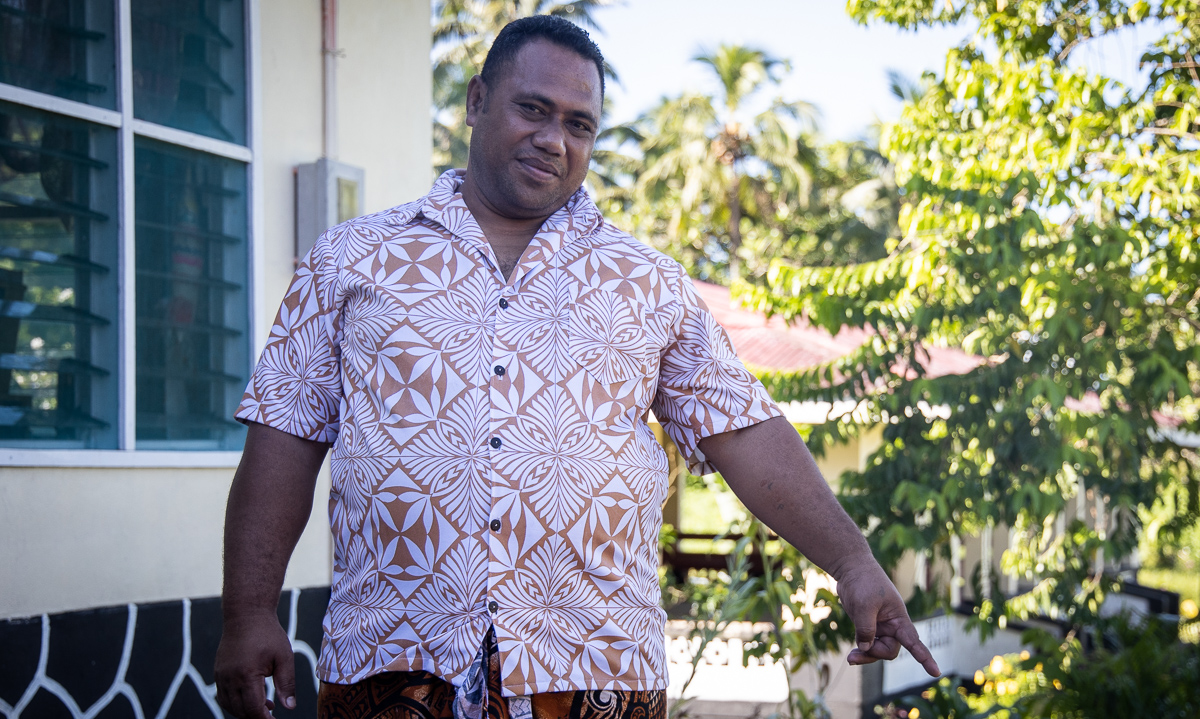 Rev. Paiti said the four men wanted to ask the Police to take them to the Lotofaga Police Station instead of Tanumalala.

They said they would rather be under Police Commissioner, Fuiavailiili Egon Keil’s management  than the Samoa Prisons and Correction Services.

“So I told them what had been on the news, that the Prisons and Corrections Services is now under one rule, with Fuiavailiili and that really eased them,” he said.

“The four men took their time eating corned beef, bread and rice as we awaited the Police. And I was also able to preach to them the message of God, and assured them that they are always covered in our prayers.

“They just need to be patient as they serve their time despite the treatment and food served. They even said that before the prison break, one of them had only two more months left, with another having two more years to go.”

Rev. Paiti said there was no scuffle when the Police arrived; they were still sitting having their breakfast.

The four men found at Faleaseela brings the number of escapees found in the village to seven, another three were found on Tuesday.

Repeat escapee Silao Faaleleiga (also known by Leleiga) was in prison for possession of narcotics and burglary and theft. In May last year he was apprehended after escaping Tafaigata Prison.

And Matthew Fili Solo, who was out on bail when he stole more than $20,000 worth of mobile phones from then-Bluesky’s offices.