It was not long ago when silence descended on Manono Island’s wharf at the height of the measles epidemic, which forced the declaration of a state of emergency (S.O.E.) in Samoa late last year.

Over two months later that eerie feeling has returned to this scenic island, sandwiched between the bigger islands of Upolu and Savai’i.

A 60-year-old matai on Manono, Talo Faafeu Talo, told Samoa Observer that the absence of activity at the island’s only wharf and the quietness that came with it is something Manono’s residents are still trying to get used to.

“Having everyone back on the island, and not seeing anyone leave early for work, and the wharf being spooky quiet is quite an experience which the residents are trying to adapt to,” he said.

The matai has welcomed the Government’s decision to declare the SOE last Friday, but this time to mitigate risks associated with the deadly coronavirus (COVID-19).

“We all know that when it comes to things like these, we all have to just look at what’s more important and what’s most important to us is our lives, especially that of our children.” 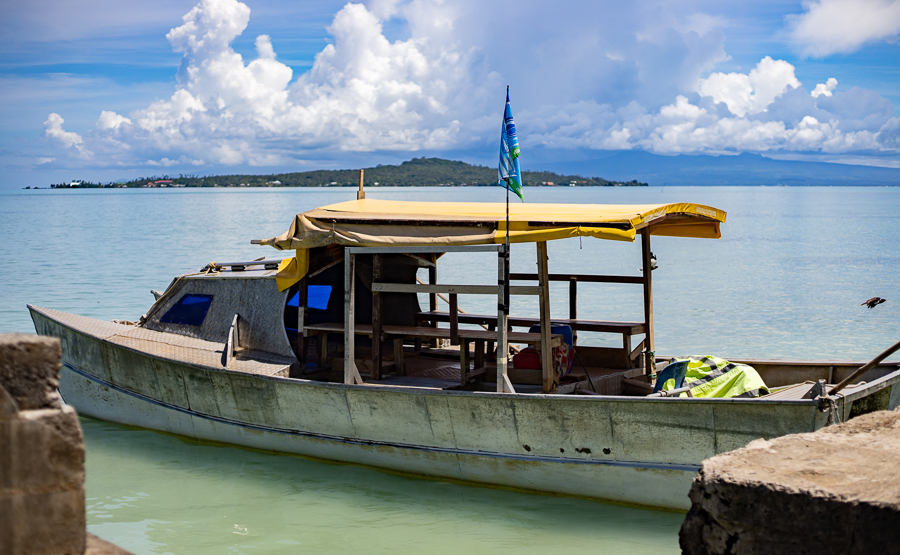 Talo was boarding his boat at the wharf with his children to leave for the island after he picked them up from Savai’i.

The Government has also put in place policies for small traffic boats and that is for all families to sail their own boats with their families and a limited number of passengers.

“Though we’re not being supervised by any police officer on the island, I have to say the island residents are quite obedient with the lockdown policies because we value the lives of our children,” he said.

“So you see, I don’t think there’s anything to worry about in terms of food. Let’s just hope this virus never hits us not just Manono but the whole of Samoa.”