The founders and directors of Loabay Global Network Samoa Ltd. media outlet have issued a public apology after one of its reporters allegedly attempted to bribe a Police Officer.

"[We] deeply regret an unfortunate incident over the past weekend, where one of (our) Loabay’s social media video-bloggers was self-filmed seemingly offering specific monetary value to a police officer, in exchange for story content,” the company said in a statement.

Video reporter, Gago Faau Gago was heard on a video recording trying to give $20 to a Police Officer, if he would be allowed to get closer to the scene of a domestic violence incident and fire in which two people died.

Mr. Gago has since been charged with bribery and is scheduled to appear in Court this week.

The Loabay statement said that the media company “extends its sincere apologies to members of the public and/or individuals that have been inadvertently offended by the incautious actions of its video-logger.”

The apology comes after President of the Journalists Association of (Western) Samoa,. Rudy Bartley wrote to owner of Loabay, Hanna Anae Gago, for a public apology and restitution over the issue.

Mr. Bartley said this incident will also have a negative impact on the daily work of the media.

The J.A.W.S. proposed remedial action against the Loabay includes having the outlet pay $1,000.00 in compensation; and to have the video blogger involved attend a four-day ethics course. Furthermore, they seek to have Mr Gago suspended from any media work including social media for one month.

The J.A.W.S. President said the incident has undermined the reputation, credibility and integrity of the media.

Loabay extended its sincere apologies to the Media Council and the Association of Journalists in Samoa (J.A.W.S.) whose ethics and code of conduct may have been brought to question through the actions carried out by the Loabay video-blogger.

In a statement issued by J.A.W.S. they accepted the apology by Loabay.

They also acknowledge that Loabay  accepts the conditions set out by J.A.W.S. in terms of remedial action.

“The J.A.W.S. thanks Loaby for the decision made and look forward to meeting them in order to implement the action to be undertaken. We expect remedial action to be implemented soon. This matter is now closed,” said J.A.W.S. in its statement.

The J.A.W.S. proposed remedial action against the Loabay includes having the outlet pay $1,000.00 in compensation; and to have the video blogger involved attend a four-day ethics course. 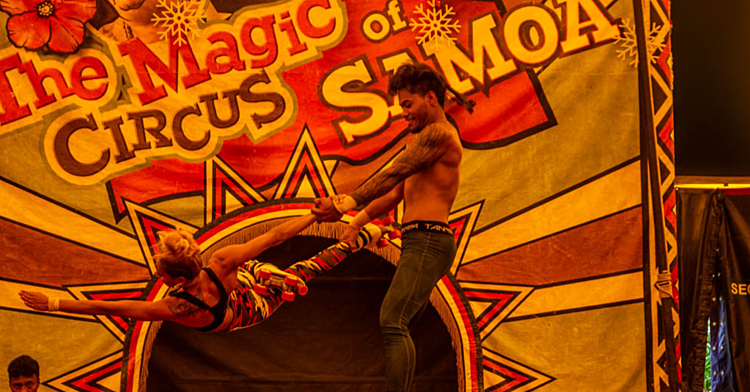