A white bus flips on the left side due to a collision (Photo: Francis Faalili)

A collision between a grey minivan and a white bus at Vailoa stopped traffic around 12pm Tuesday (local time).

The collision left a white bus with less than 10 passengers flipping and landing on its left side and held up traffic for close to an hour before a tow truck arrived on the scene to remove the bus.

The bus had broken windows and damaged tires while the front side of the grey van was completely damaged.

Officers from the Police, the Fire and Emergency Services Authority (F.E.S.A.) and Samoa Red Cross Society were at the scene with an ambulance taking the injured and shaken passengers to the hospital.

There were no casualties from the accident, according to bystanders. 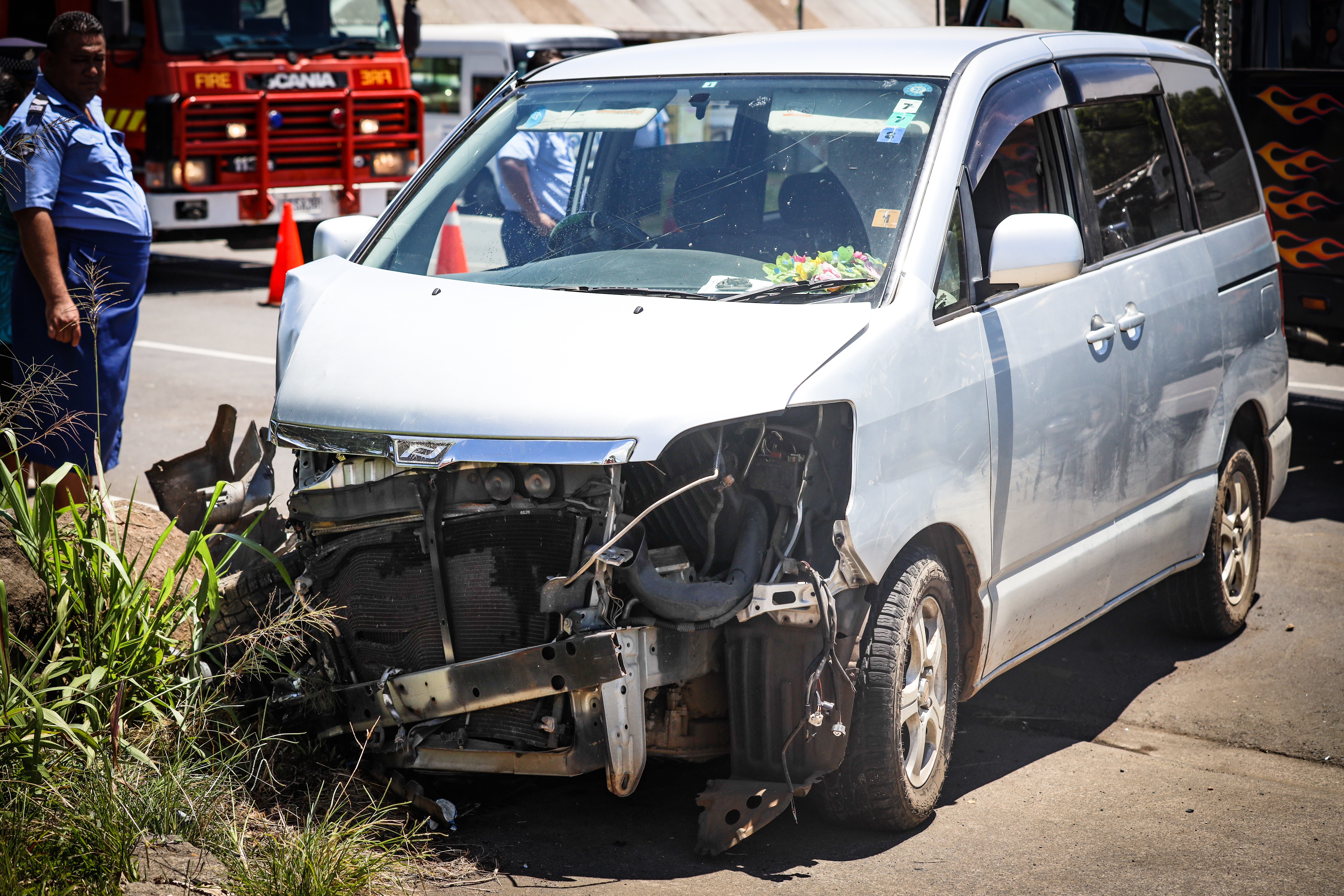 But a woman, who sells food in front of the Best Value Supermarket, said that some of the passengers on the bus were taken to the hospital for injuries sustained from the incident.

“The bus was not full and I think there were around five or six passengers,” she said.

The Police also asked the bus driver to go to the hospital for a check.

The Police and F.E.S.A. officers refused to comment when approached by Samoa Observer, saying they did not have authority to speak to the media.