If Samoa’s bees cannot access their favoured plants, the country could run out of them quickly, and, consequently, its food security and ecosystem, the Samoa Women’s Association of Growers (S.W.A.G.) has warned.

But with 11 native pollinator friendly species across Samoa, the environmentally focused farmers are hoping to help the nation’s struggling bee population grow.

The beekeepers-to-be of S.W.A.G took a tour of the Botanical Gardens on Mount Vaea to get a first-hand look at those bee friendly species, before their beehive starter kits arrive from New Zealand later this month.

There are 11 native species bees prefer, the Samoa Conversation Society President, James Atherton said, ranging from the endemic varieties of coconut palm to the bushy plants of the forest like Tava’i, or sumac.

Some may look like innocuous plants with no obvious purpose, but without them bees won’t thrive, he said.

During the group’s botanical tour, upon learning about one such species, a member exclaimed she had been about to cut down that exact tree in her yard, but now won’t.

“For a lot of us, our eyes are opened because these are no longer just trees, or impediments to what we want to do with our own growing agenda, but we realise we should be more proactive knowing the different plants,” S.W.A.G. executive member, Papalii Mele Maualaivao, said.

“One lady said when she walked in the forest she just saw green, but now she knows the names of each tree and what they do.”

Eventually as bees come back to Samoa in force, the Bee Conscious team will be photographing and geographically tagging their locations and preferred plants to grow a currently limited field of knowledge.

Papalii said in the future she hopes to see entire nurseries dedicated to bee-friendly plants that farmers can access and improve their plantations with, as well as a manual the team is putting together.

“Whether you are interested from the beekeeping and honey production side or you’re interested as somebody who wants to plant native species and encourage pollinators to your garden, at least the information will be there.

“Our priority is increasing native forest cover and we are keen to work with partners such as S.W.A.G. to promote agro-forestry,” Ms. Uili said. 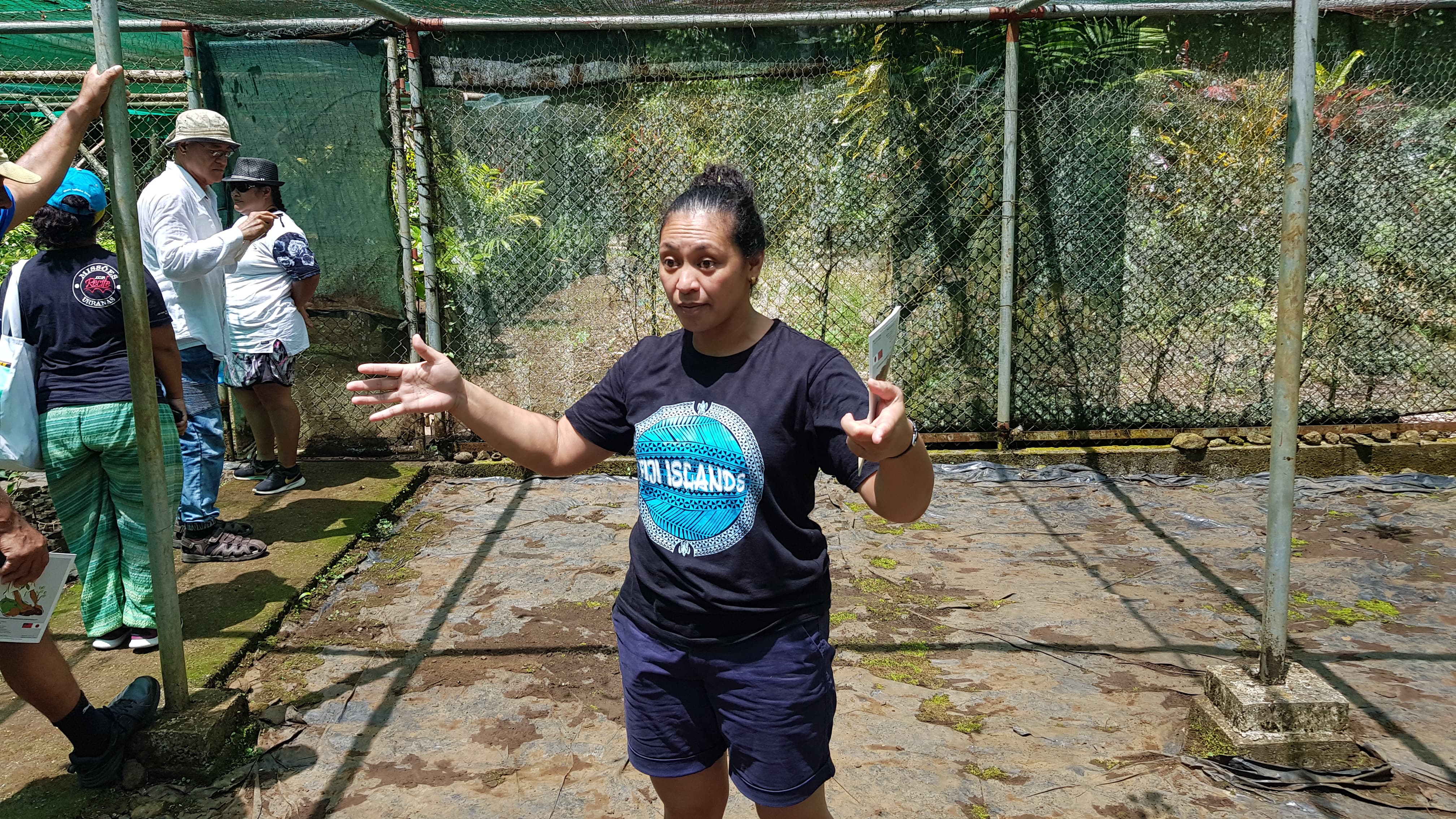 “Planting native plants is therefore a win-win for both the plants, the bees and us who depend on bees and plants for so much including for food like honey as well as plants for medicines, handicrafts, construction, canoes and more,” he said.

In his presentation, Mr. Atherton also went over which species flourish at different heights and in different environments best.

All this work is necessary for preventing Samoa’s endemic bee species from going extinct – something which will only have serious ramification once it happens, Papalii said.

“We won’t know what the medical benefit could be or how it participates in the environment if that plant is gone,” she said.

“The hope is that the more hyperconscious we are of how agriculture and the environment rely on each other, and how we have to be planet conscious and thinking about all those aspects of how you interact with your environment, the more likely you are to protect what needs protecting.”