Samoa A smashed 76-3 by Junior Japan

Samoa A let in 12 tries in their 76-3 loss to Junior Japan in their second match at the World Rugby Pacific Challenge at ANZ Stadium in Suva on Tuesday.

After their opening 29-5 loss to Fiji Warriors last Friday, Samoa need a win over Tonga A on Saturday to avoid finishing last at the tournament.

With the country's best local players all in camp with Manumā Samoa ahead of the Global Rapid Rugby season, the Pacific Challenge was always going to be a hard slog for Samoa A, with the majority of the squad taken from the Under-20s programme.

So it proved against Japan, as there were tries for Haruto Kida, Kenta Matsuoka, Seta Naivaluwaga and two for Halatoa Vailea in the first half to give them a 35-3 lead. 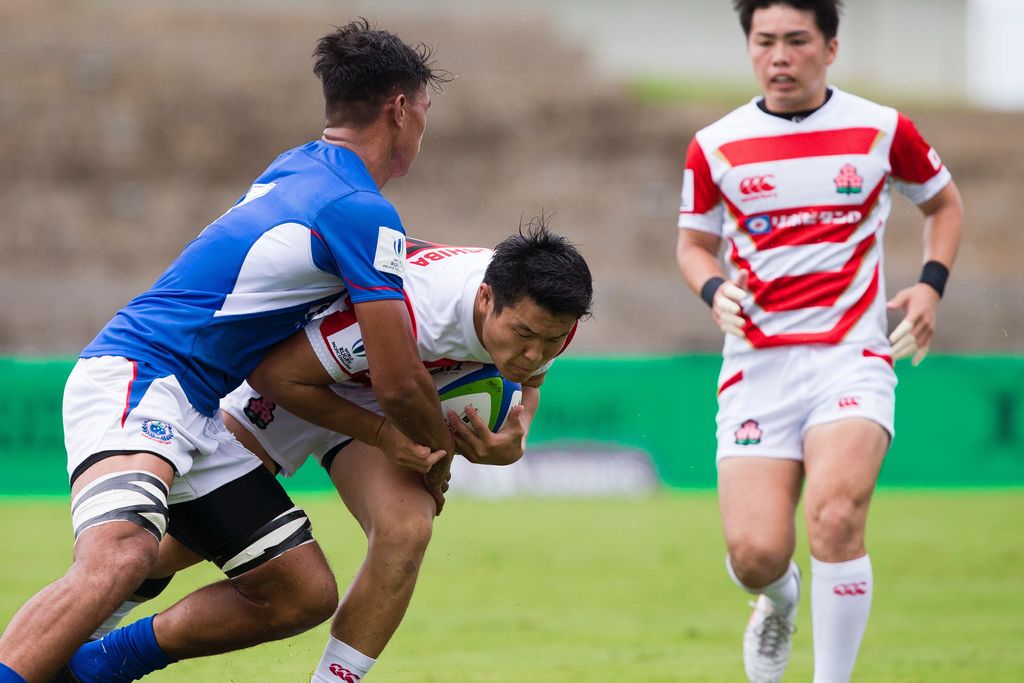 Samoa A's only points were scored by fullback Phillipe Toelupe, who knocked over a 27th minute penalty to make it 21-3.

They were kept scoreless in the second half though, while Japan's Koshi Emoto, Kanji Futamara, and Towa Taniguchi all scored tries, Taniguchi grabbing a brace.

Halatoa Vailea scored three tries between the 50th and 59th minutes of play; his total of five five-pointers is a record for one match  in the World Rugby Pacific Challenge.

After the match, Junior Japan captain Lee Seungsin said: "I think the Samoan team was a very strong and physical team but it rained quite a lot. It worked quite well for us as we could do a more attacking style of rugby.

"We’re going to keep playing to our game plan with an attacking style of rugby and will work together – hopefully, we can come out with a win this weekend against the Fiji Warriors."

His Samoa A counterpart Noel Sanft added: "We talked a few days ago about what Japan can do and what they’re good at, but unfortunately we just couldn’t adapt to it. They were just too good on the day.

"We’ve got a few young players here. I think pretty much most of the team are in the under-20s and it’s been a pretty disappointing two games and I know we’ve learnt a lot and hopefully, we can take it to another level in the next game."