Overseas Samoans thousands out of pocket to return home

The mass cancellation of Air New Zealand flights has left Samoan families facing major out of pocket expenses and delays after the Government’s sudden restrictions on incoming flights to Apia.

The New Zealand airline was last week forced to cancel two weeks’ worth of flights to Samoa to adhere to new Government restrictions on the number of trips and seats permitted into the country.

The border restrictions, on the type of incoming planes and later the number of incoming passengers allowed into the country, were announced by the Government last week as part of measures said to be designed to boost its coronavirus quarantine measures.

Homeward-bound Samoans are now also obliged to acquire medical certificates as part of the changes, which the Government says are part of measures to stop the coronavirus reaching Samoa’s shores.

Rugby player Fili Setu Saufatu was left a total of T$1,642 out of pocket after spending money on a new flight home, a new medical certificate and black taxi rides to and from the doctor appointment.

Mr. Saufata, who left Spain last week after six months playing for Andalucia Bulls Marbella Rugby Club, had a medical certificate issued the day before his flights to London, Doha, New Zealand and finally home to Samoa where he had been inten to land on March 6.

Upon arrival, airline staff in London called ahead to Auckland to confirm they could issue his boarding pass based on his medical certificate, which is when he learned his flight to Apia was cancelled.

That cancellation rendered his medical certificate invalid, as it would be longer than three days old by the time he could fly home.

Immigration officials in London booked him a doctor’s appointment and helped him into a taxi which would take him there and bring him back to the airport.

Meanwhile, Qatar Airways put him up in a hotel for a night, while he spent his second night on the airport floor.

He then booked a new flight on Samoa Airways for Sunday March 9, which set him back £217 (T$762), bringing the bill up to $1,642, before food and drink during the delay. It was the latest he could possibly fly home, as without a visa he could not stay in New Zealand more than 24 hours. 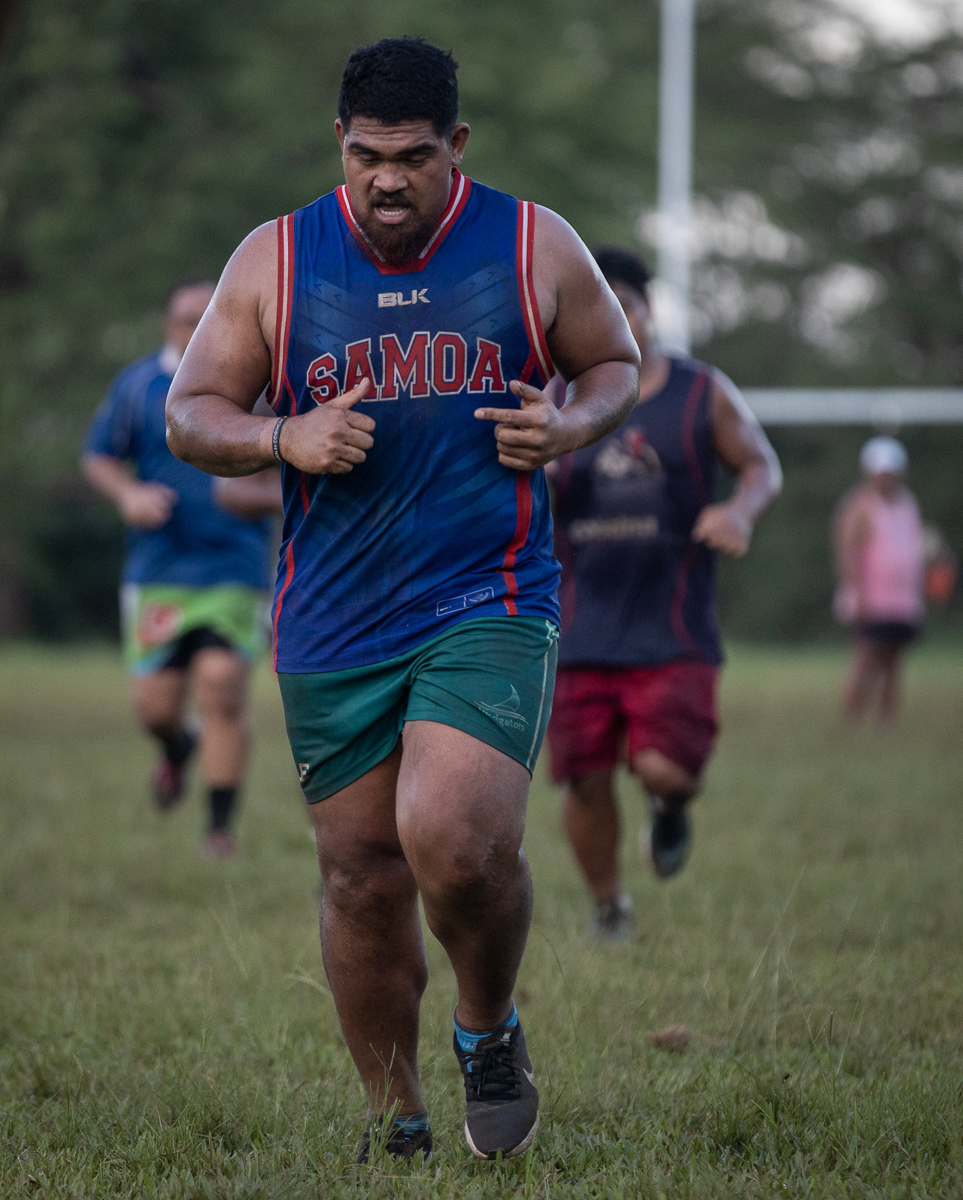 “It’s a lot of money, that’s why I’m angry,” he told the Samoa Observer on Tuesday after a training session with B.B.E. Vaiala Rugby Club.

“I would have bought something for my family, used my money for my daughter.”

His five-month-old, Temukisa Marbella, is named after his Spanish rugby club.

Initially as many as 500 fewer seats on the New Zealand carrier's Auckland-Samoa route were expected to be cut following the restrictions. Many Samoans in New Zealand seeking to return home were forced to book business class seats on Samoa Airways (the national was unaffected by the sudden cuts); route their flights home via new routes; stay in Auckland; and grapple with personal effects that had been stuck in customs.

Despite a good rugby season in Marbella, Mr. Saufata said the coronavirus fears were too much, and he wanted to get home to his family.

Spain has 1,231 cases of the virus ( known as C.O.V.I.D.-1.9.), while a total of 30 people have died. Schools are closing in Madrid and the Minister of Health has recommended people work from home.

The Head of the Coordination Centre for Health Alerts and Emergencies has confirmed there is “obvious community transmission” in Madrid and the Basque country.

Spain is one of 15 countries from which travellers to Samoa must first quarantine in a non-coronavirus affected country for two weeks.

Mr. Saufatu landed in Samoa right in time, but two peers still in Spain may not be so lucky. Leona Fonoti Brown and Albert Onele’i Setu are still abroad and are concerned they will have trouble making their way home.

He said from the Samoan end, he had some guidance from the Ministry of Health Deputy Director General Tagaloa Robert Thomsen, but that was it. Immigration officials over the phone from Samoa to their London counterparts were largely unhelpful.

The loose-forward’s friend Leon Eveni Esera who has also been playing in Spain said the rules and regulations around travel are fair but the Samoan Government should do more to help its citizens when they get stuck.

“They might have to quarantine which is fair enough,” he said of Mr. Brown and Mr. Set, over Facebook Messenger.

“I just hope that the Government in Samoa try to help our people and not just leave them in other countries.” 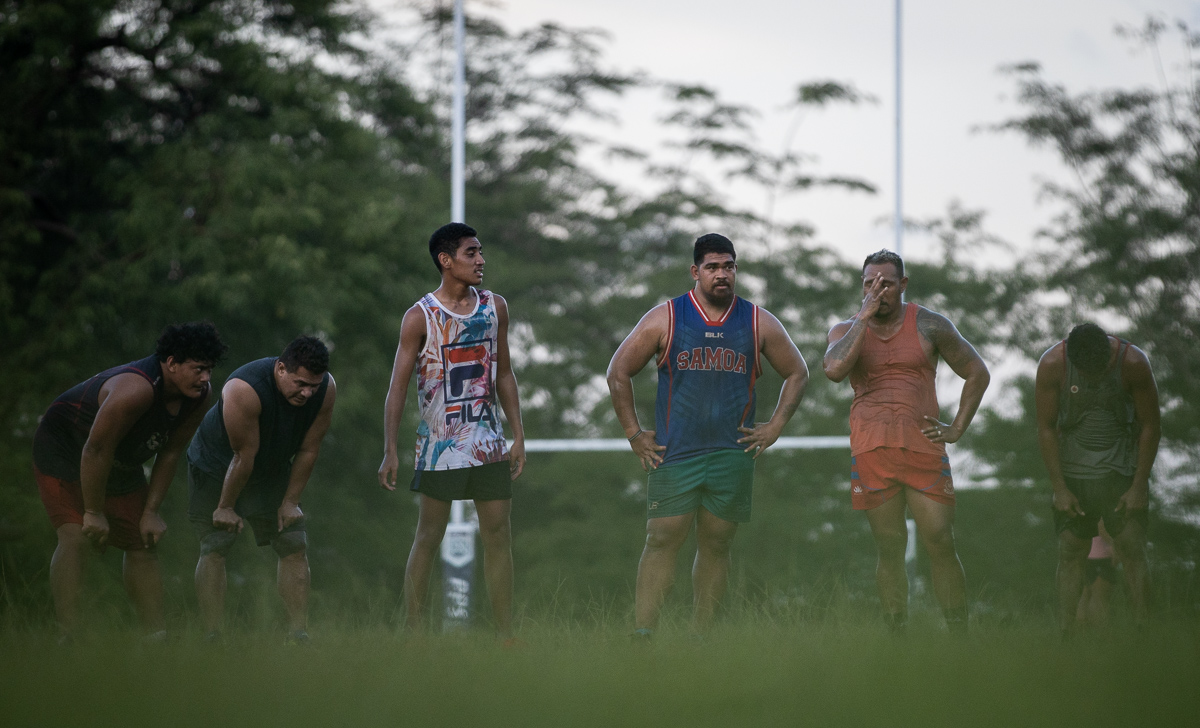 Andrew Kirton, Head of Corporate Affairs of Air New Zealand said passengers whose flights were cancelled have the option to defer their travel for up to 12 months or get a full refund on their trip.

“When it comes to travel disruption of any kind, the support provided to passengers depends on the nature and circumstances of that disruption.

“We advise all of our passengers to purchase travel insurance ahead of each trip because airlines do not cover every circumstance,” he told the Samoa Observer via an emailed response.

“With regards to the overall measures implemented by the Samoan Government, including restricting entry of some Samoan citizens who have been to affected countries, we have no comment to make apart from that we respect the Samoan Government’s right to implement measures to prevent the introduction of C.O.V.I.D.-19 into their country.”

A spokesperson for the New Zealand Ministry of Foreign Affairs and trade said:

"New Zealand is providing support to Pacific countries, including through the [World Health Organisatiion], to increase their preparedness to respond to C.O.V.I.D.-19.

"We respect the right, and desire, of Pacific Governments to protect their own populations."