The Chief Executive Officer of the Ministry of Foreign Affairs and Trade, Peseta Noumea Simi, says women today are making a big contribution to Samoa’s public and private sector.

The senior bureaucrat, who was the guest speaker at an International Women’s Day event organised by the Samoa Police Service, was invited to share her journey as the first female C.E.O. of her Ministry as well as celebrate the establishment of the Samoa Women's Committee division in the Office of the Prime Minister in 1979.

She said women have come a long way in terms of securing formal employment and made reference to the numbers that joined Government ministries.

"Samoan women have increased its numbers slowly throughout the years and there have been an additional 1/3 of the female population joining ministries and other workforces," she said.

“And we have noticed an improvement in the number of female students exceeding academic expectations with outstanding results over the past 10 years. It has been a long time, however, the improvements and changes are well observed.” 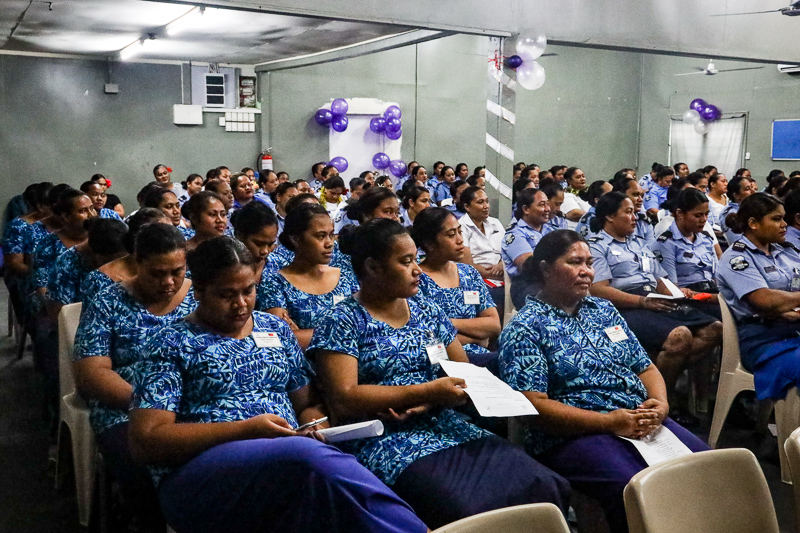 In an appeal to the audience, Peseta said everyone should know their capacity and ability to perform and getting recognised for their input.

The M.F.A.T. C.E.O. also expressed concern about the increasing incidences of domestic violence cases against women in Samoa.

Discussions at the event revolved around the theme “each for equal” which emphasised the idea of recognising and acknowledging the need to be fair and free of bias in the community.

The programme, which also featured the Minister of Health, Faimalo Kika Stowers-Ah Kau, ended with the Samoa Police Women Advisory Network making a donation to the Samoa Victim Support Group (S.V.S.G.) and the Home of the Elderly at Mapuifagalele.

The event was organised in conjunction with the Samoa Prisons and Corrections Service.