The Customs and Revenue office located on the wharf in Matautu. (Photo: Aufai Areta Areta)

The Ministry of Customs and Revenue says it is investigating several large importers suspected of evading corporate tax.

The Commissioner of Customs and Revenue, Matafeo Avalisa Viali-Fautua'ali'i, confirmed that nearly two dozen of the Ministry's staff are engaged in an ongoing operation investigating the finances of "several big importers".

“For certain Chinese [businesses], there are a lot of issues where we notice they’ve been dishonest and they are being profiled once they’re trying to clear a container [from customs], but not all Chinese businesses," she said.

“The said companies are being audited by the Customs as well as the Internal Revenue Services (another division under M.C.R.) and we combine the information.

"Keep in mind, the information here with Customs deals with importing of goods while the I.R.S. looks at the tax returns."

“We use the risk management framework, a system in place that can detect anything suspicious and we use that for many reasons, not only to assist in decision making but also to assure the customs officer is not abusing their authority by going after a certain company," she said.

Customs and Revenue Minister Tialavea Tionisio Hunt issued a stern warning to “big importer companies” not to file “inaccurate [tax] information: otherwise they will be audited once “discrepancies are discovered.”

Tialavea said he has thrown his full support of the ongoing audit conducted by the Auditors for the M.C.R. under the guidance of the Commissioner.

The Minister also serves this as a warning to companies that are considering to cheating the tax system, the auditors will leave no stone unturned. 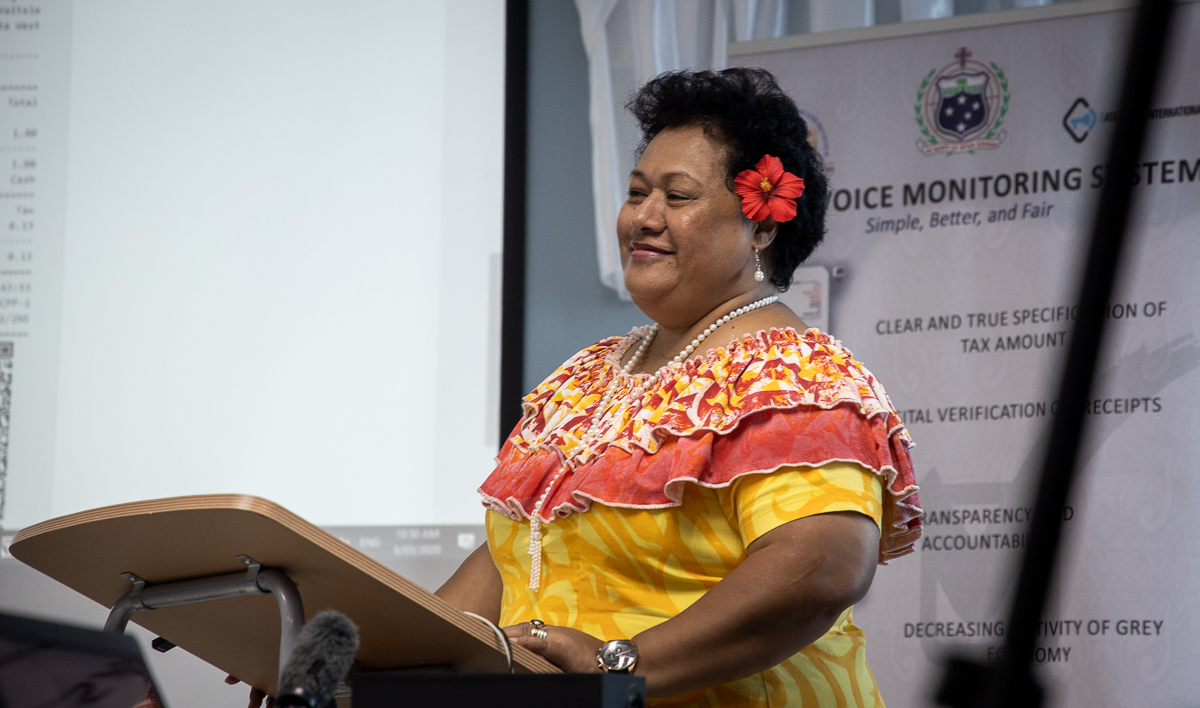 Matafeo said an example of the investigative techniques employed included checking containers thoroughly to see whether the description of goods matched its contents.

“To date we have level led a lot of penalties in previous cases and we have yet to take anyone to court,” she said.

The Commissioner said after leveling the first and second penalty if a company remains noncompliant then they will be taken to court.

Matafeo said that, in 2017, their Ministry confiscated a container allegedly smuggled into the country using falsified documents.

As reported earlier, the manifest indicated the items in the container were furniture but soda cans were discovered.

“That’s why we didn’t take that company to court; we slapped them with a significant fine that I cannot tell you the amount,” she said.

The Commissioner explained that, under the law, penalties for companies convicted of evasion offences can exceed $600,000.

“However the Ministry can fine the business up to 20 percent of the value of the goods plus interest, but if an offence is serious then we have no choice but take them to court; such as deliberate frauds and deliberate avoidance,” she explained.