The Child Rights Committee recommendations for Tuvalu, the Cook Islands and the Federated States of Micronesia may be more tailored after their period review was held on Pacific soil instead of the conference rooms of Geneva, committee member Professor Ann Skelton said.

During the 84th Extraordinary Session on the Convention on the Rights of the Child, the three countries have brought larger delegations, civil society and even children to deliver their reporting in an unprecedented fashion.

Professor Skelton said she has been reviewing the preliminary recommendations made before the reporting session, and will be ensuring they will be targeted more specifically than before.

“I do think we are probably trying to be contextual when we are in Geneva, but I think what coming to the region does is highlight that and keep it uppermost in your mind,” she said.

The recommendations, which often number in the dozens or even hundreds, need to actually help Government bodies improve life for their citizens and not bog them down with paperwork.

“The leaders in the country, the professionals in the ministries, they understand where the countries need to be going but they have to bring the people along with them,” Professor Skelton said.

“So it's about how we can be helpful in suggesting ways to do that. That is a matter of pruning the concluding observations to make them fit the realities of the countries.”

The scale of the Pacific Island countries for example is relevant in many areas. When it comes to children in the justice system for example, the committee knows not to recommend massive institutional change that would not be relevant.

“Do we need a completely separate specialized child justice system? Very often we do recommend that to states, but here where the numbers of children in that system are so small, it might be better to recommend more training of judicial officers,” Professor Skelton said.

“It won't be a separate court building but what happens in the court room could be very different because of the way they are being trained.”

It matters for data collection and the level of detail in the data driven reporting the committee expects too. Professor Skelton said where in another larger country the committee might demand highly disaggregated data, smaller countries are invited to present what they can realistically gather.

In many ways, small population sizes should work in a country’s favour, she continued, though the issue is frequently cited to the committee as a reason for slow reporting or changes in children rights.

“The fact that there are so few children means that you can literally know where every child is, what their status is, know what services they need and you can provide those services.

“They must make their small numbers a strength and not a disadvantage. It's about harnessing what capacity you have to work as smart as possible for the small population you do have, and not to use the lack of resources, lack of specialisation as an excuse, but rather an opportunity to think through some innovative ideas.”

She said the session being in Samoa meant the session itself was also more relaxed that it would have been in Geneva at the U.N. headquarters. While it retained its traditional format and rules, Professor Skelton said she felt the committee “got into” the Pacific Island atmosphere.

“I know it probably still looks very formal to people here but it's actually less formal than it would usually be,” she laughed. 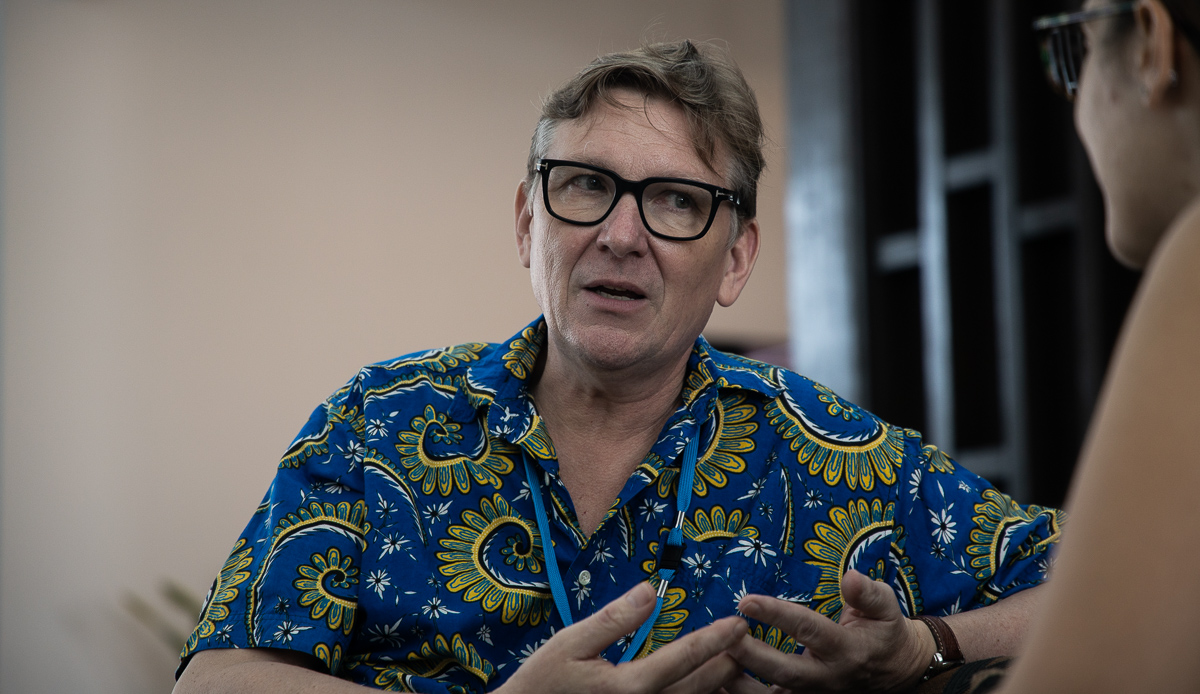 Head of the secretariat for the session from the Office of the Commissioner for Human Rights Orest Nowosad said that the larger country delegations meant states could interact more equally with the committee, and teach them as well as be taught along the way.

“We had people from around the world represented here that would never have come to Samoa, that before considering a dialogue even known what Tuvalu looks like, would not have known the headgear of the women of the Cook Islands, no concept of any of this,” he said.

“I think we are doing what the U.N. is all about, which is bringing peoples and cultures together in a fantastic way.

“The important thing will be the follow up, where do we go with these concluding observations.”

He said the genuine rapport and relationships built between the member states and the committee members during the meeting means follow up conversations will happen and could actually help generate change where it is needed.