Samoa has moved to tighten border control and biosecurity as preventative measures against the African Swine Fever (A.S.F.) reaching its shores.

This was confirmed by the Assistant C.E.O. of the Ministry of Agriculture and Fisheries (Animal Production and Health Division), Aiolupotea Tony Aiolupo, in an interview with the Samoa Observer.

“The travelling public might have noticed that spot checks have been exercised by our quarantine officers at our borders,” he said.

The United Nations Food and Agriculture Organisation (F.A.O.), in collaboration with the MAF, did a risk assessment mission to Samoa from February 17-20.

Aiolupotea said the Ministry is waiting for a report from the F.A.O. in terms of their findings. A Massey University representative was also part of the assessment team and took samples of processed products from local shops.

“We agreed when we had our final meeting to check up with the list that they have in New Zealand of all the imported pork products that goes into New Zealand and further coming into Samoa,” he said. “They have some laboratory data on some of those meat products, and so they will check our products available. If they are on the list then they are okay, if not then they will let us know so we can trace them back and do something about it.”

The M.A.F. is doing its best in terms of prevention as it knows the impact on the community if the disease reaches Samoan shores, reiterated Aiolupotea as it will affect the country culturally and economically.

“At the moment Samoa is not importing any live pigs from Asian countries but we are importing products that have been made from pork and passed our tests,” he added. “Farmers are advised not to feed their pigs with any pork products because the disease might spread there. We also visit the pig farmers in the country and make them aware of the disease and ways to prevent it from spreading.” 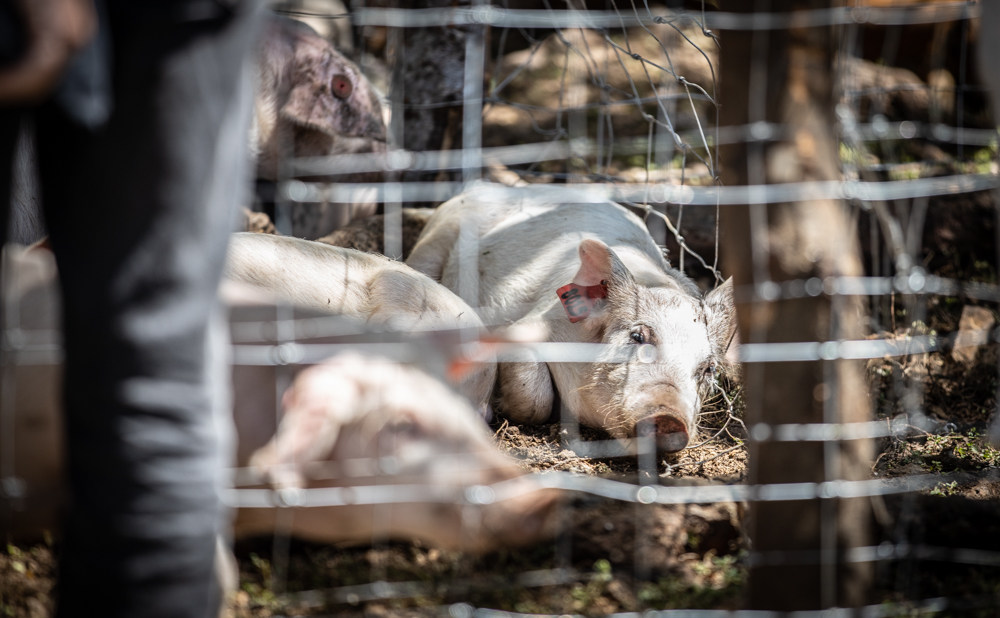 However, officials are challenged by the fact that a majority of the pig population in Samoa are free range and hard to control.

Aiolupotea said: “It is really hard to control because they move from family to another family and we see the pigs roaming around the villages and also almost every household in the country raises pigs. We are very much now focused on raising awareness for the public, pig farmers and we are also focusing on people travelling into the country.”

According to the FAO, the A.S.F. virus is highly resistant and can survive for long periods (months or even years) in faeces, meat products (frozen, salted and smoked or undercooked) and carcasses of dead animals. Wild boar and pigs can also infect each other by direct contact, particularly where blood is present. Healthy pigs can also be infected when they consume undercooked infected pork products, while scavenging or when fed uncooked swill. They can also get infected through contact with contaminated objects such as shoes, tools and equipment.

Currently there is no vaccine available to protect pigs against the disease. The Pacific region is yet to report a case of A.S.F.