“Are we being heard? To be honest, I get the feeling I am not being heard, especially in big Samoan fa’alavelave,” a student said (not pictured) (Photo: Alvaro Hoyes)
Education

For the first time in United Nations history, nearly 100 children sat face to face with the treaty body entrusted to protect them, and told them about their lives.

In an unprecedented 90 minute session, students from nine high schools were peppered with questions by the Committee on the Rights of the Child, ranging from whether they learn about reproductive health at school, to whether they feel respected by adults in their community.

The children took turns answering in an articulate and detailed manner, giving examples and offering further questions to the committee, which is spending a week in Apia to review child rights progress for three countries in the Pacific.

Acting Chief Justice and member of the Committee Justice Vui Clarence Nelson said he was immensely proud of the children’s performance. 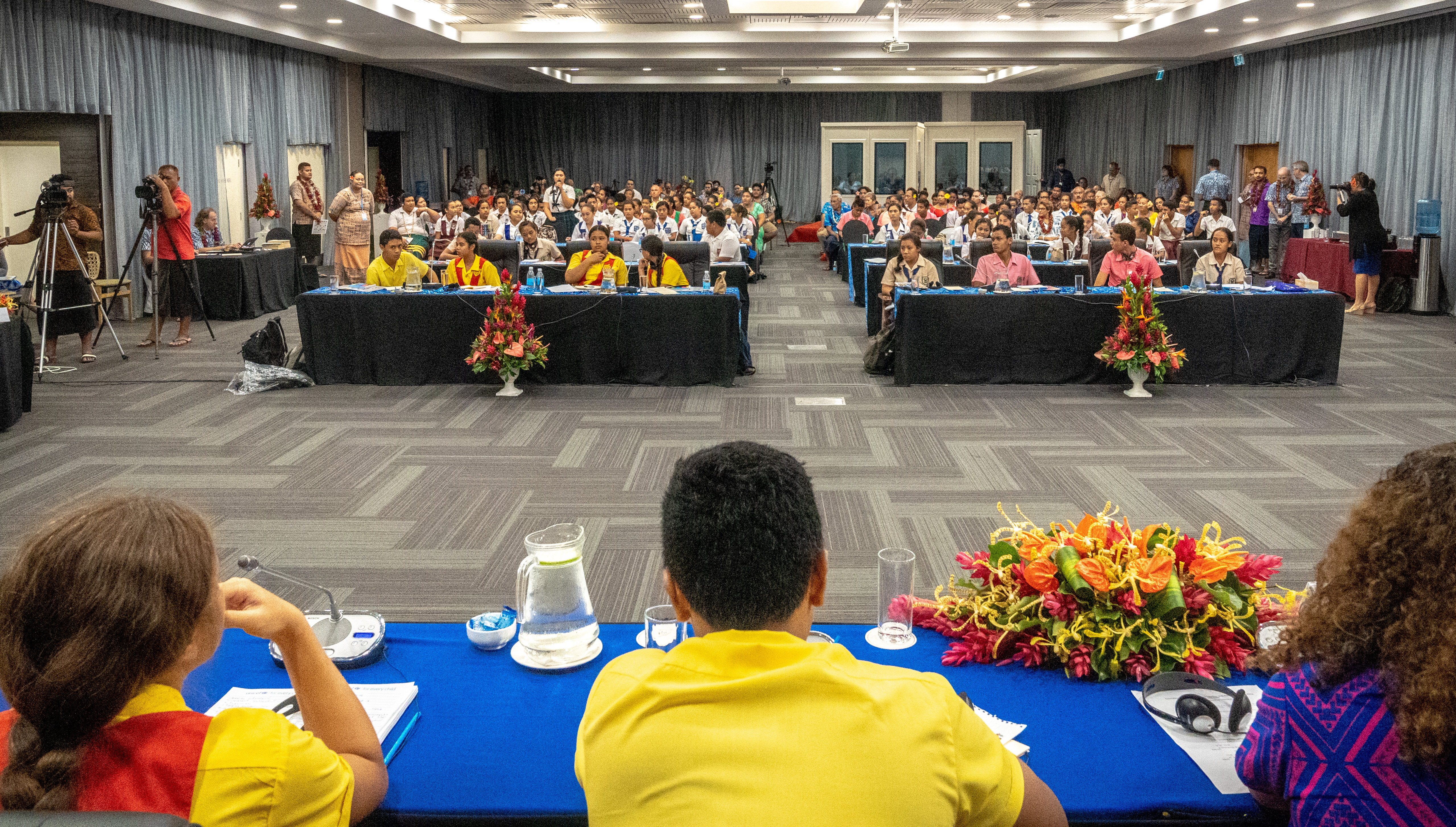 “I thought they were fantastic, I thought the children of Samoa stood up proudly for what their views are, what they believe in and who they are and that is a credit to the country,” he said.

“They certainly raised some issues that are worth thinking about.”

Several students raised the challenges faced by their peer unlucky enough to be kept out of school, either because their families need them to work, or cannot otherwise afford the fees, uniforms and resources their child needs.

Others discussed the discrepancies between schools when it comes to the quality or variety of education on offer, especially on the sensitive subject of sexual health.

Girls from single-sex schools said their teachers were frank and honest with them, but only in select subjects like science, offered at the optional level in year 12 or 13, meaning arts or commerce students miss out.

Others shared how their sex education focused on modesty and avoiding intimate interactions with their peers, not about safe sex, consent or the biological process and consequences of their actions.

“We are made aware of what we have to wear, we have to dress modest, and they teach us about sex education. However, we do not have a method of protecting ourselves. We are not strong against the men, in cases of rape and sexual abuse,” one female student said. 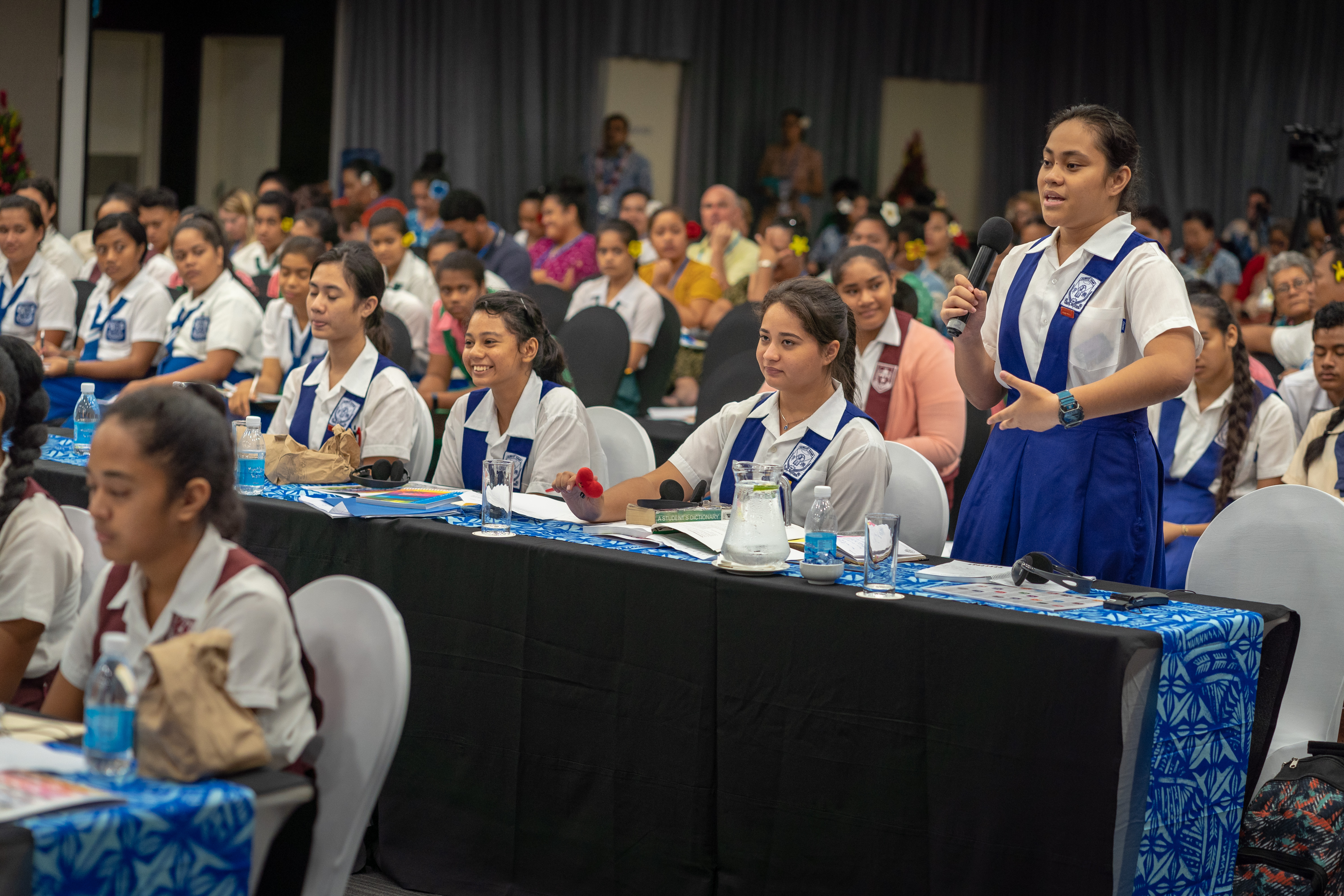 The challenges and opportunities of technology were also raised, like the potential for bullying or violence but also the wealth of knowledge on the internet.

Students challenged their teachers and parents who said that technology is only bad, full of distractions from school and other responsibilities, saying they need the internet where their own, out-of-date school textbooks fall short.

But an overwhelming theme was the openness of the children, who leapt at the opportunity to say things usually left unspoken.

“Are we being heard? To be honest, I get the feeling I am not being heard, especially in big Samoan fa’alavelave,” a student said.

“They (adults) exclude us kids from the conversation, they say ‘go outside, you are too young for this.’

“I am really happy that you guys are with us at this point.”

Committee vice chair, and moderator of the discussions Amal Aldoseri thanked each child after they spoke.

“We are definitely listening to you now,” she said. 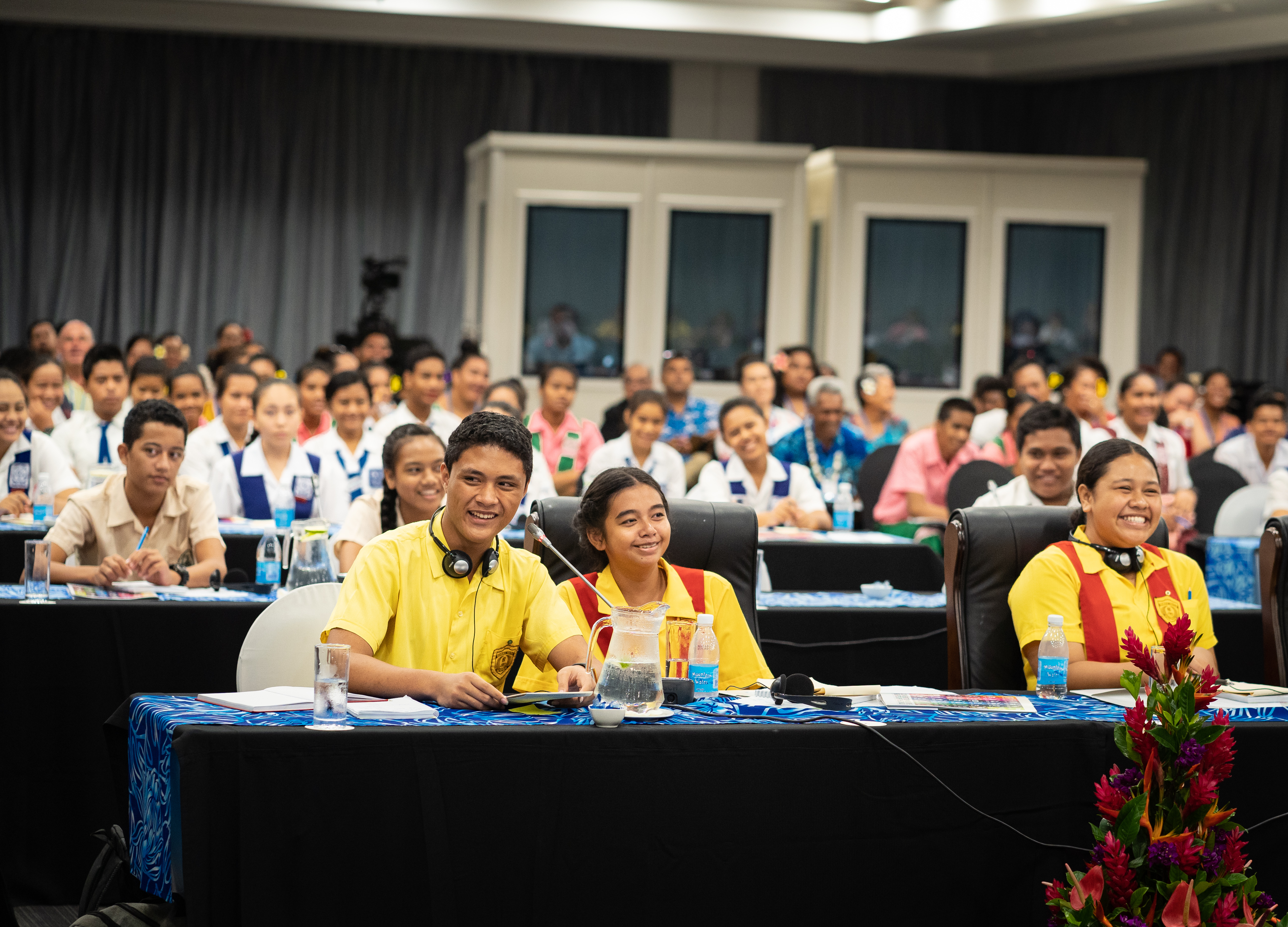 Justice Vui he was grateful for the long session spent with the students, which is significantly longer than other committee sessions held in Geneva, which typically only see a dozen students or less.

“Children are always candid, but we have never had enough time like we had here. We had the benefit of a nice long session, so we get to hear more.

“The more we get to engage with children, the more surprises we get.”

Former policewoman and the founder of Tofa Sinasina, a coalition of former policewomen working on providing victims support and counselling said she thought it was about time children were given a platform to voice their opinions.

Tavui Anne Eves-Laumea, who was among Samoa’s first policewomen 32 years ago, said her career was littered with horrific crimes against children.

“[I saw it] every day, absolutely,” she said. “Some are so hurt, some sick, some injured, their mamas and papers disregarding the children and going to play bingo.”

And what’s worse, the situation does not appear to be improving, especially for child vendors, Tavui said.

Throughout her years on the force, Tavui would start each morning at 6am, not at the police station but at the market checking on children.

“I go and look for these kids who should be at school carrying buckets and barrels of food. I see them in the markets, playing behind the stalls.

“What are they doing? They are not going to school. Some are out collecting bottles... That's the thing that has not improved. I am so sad about it.”

Next week, her organisation Tofa Sinasina will present their child rights programme to the Ministry of Women, Community and Social Development. Tavui said many of the issues the children raised with the committee are issues she has included in the programme, something she found gratifying.

“They (the children) are absolutely right. I think it's about time they said something, just pour it out so that we can listen.”