The youth is now taking up boxing as a career path (Photo: Vaitogi A. Matafeo)

The fifth round knockout win by Lupesoliai Joseph Parker over American Shawndell Winters on Sunday will boost aspiring Samoan boxers.

This is the view of Alexander Ah Tong, whose younger brother Marion Faustino Ah Tong is representing Samoa in the Olympic boxing qualifiers.

He said Lupesoliai’s passion has had an impact on a lot of young boxers in Samoa such as his brother.

"Joseph's recent victory is a great comeback for him. Joseph's passion to fight has influenced many young boxers in Samoa like my younger brother,” he said. “Joseph is from Samoa and if you think about it, you can't really see Samoa on the map but it is because of Joseph that people like Anthony Joshua found out more about Samoa.”

According to Ah Tong, the Samoan-Kiwi boxer has had a huge impact and his success in the ring will help to promote the sport in Samoa.

"Joseph has a huge impact on young boxers in terms of knowing about the big potential involved in boxing. Young Samoans are finding their future in boxing and assistance is needed in this area as boxing is growing in Samoa.

“My brother grew up boxing and that encouraged him to take on this career path and now he is fully focused on his boxing talent. If you take a look at the famous boxers in Australia and New Zealand, most of them are Samoans."

For Chris Etuale of Maagiagi, who is a fitness trainer and bodybuilder at the JP fitness, it all comes down to the mindset and discipline in any sport including boxing. 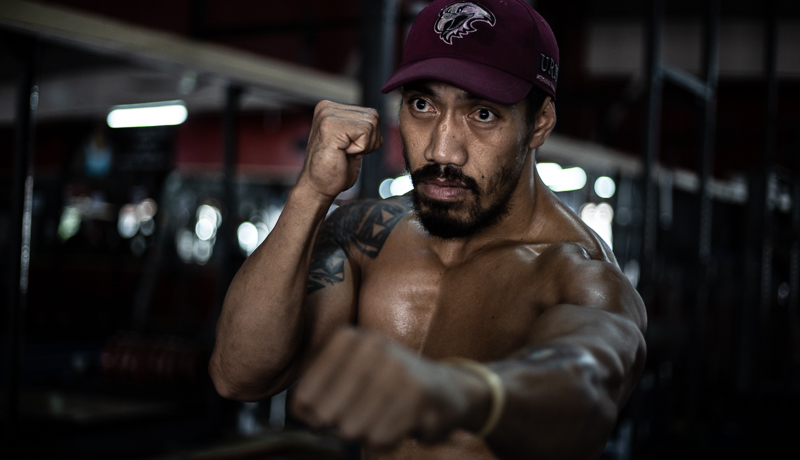 "Most of us in Samoa, especially our local kids, we need people to guide them in the right direction and the right way to do that sport. In terms of starting in the sport, it's all about the mindset and discipline.”

Etuale then highlighted some of the challenges that athletes faced if mindset and discipline didn’t go hand-in-hand.

"It would be a waste of time if you just come in and start punching the punching bag then go home and don't eat and rest well. The main thing you have to do is eat well and balance your sleep and training time, it's all about the combination. When you are ready to do that, then start focusing on your training,” he said.

Commenting on the fight on Sunday, Etuale said Lupesoliai “put up a good fight” and it was up to aspiring Samoan boxers to prepare their mindset to grow the sport.

"He put up a good fight and threw some really tough punches. My advice for the future boxers of Samoa is to don't stop. The main thing is to find the way to bring that sport up in Samoa. We have the strength and the power but there is no mindset," he added.