Samoa
Nearby residents say they did not see anyone at the crash site by the time they arrived. (Photo: Aufa’i Areta Areta)

The Maagao to Malifa intersection was moving slowly for all the wrong reasons on Tuesday morning, as cars slowed down to gawk at a crumpled orange pick up truck.

The fairly new Maagao bridge was also deprived of a few side poles, thanks to an accident involving a Toyota Hilux.

Judging by the looks of the car involved in the accident, the pick up truck might have rolled over once and landed on its wheels again just off the road, landing only a few metres away from the Loto Samasoni river.

Mearby families heard a loud bang in the early hours of the morning.

A father from Maagao, Lale Akari who lives across from where the car had landed said the rental car's owner was on the scene in the early morning to see the results of the crash for himself. 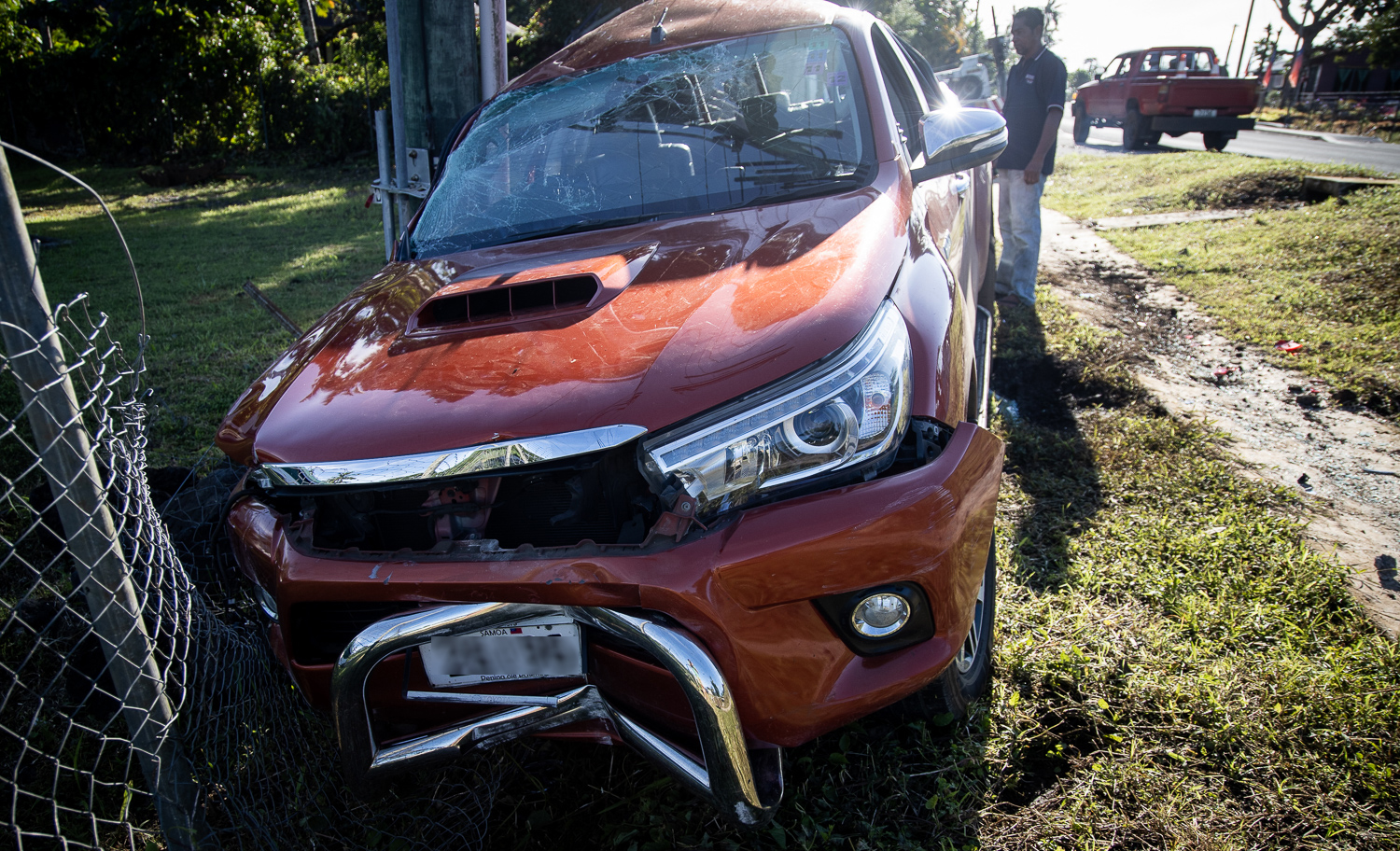 Mr. Akari said the incident happened about 5am on Tuesday, just before the break of dawn.

"By the time we came out to see what made the loud noise the people who came in the car had gone," he said.

"The man who owns the car rental came to see the car."

Mr. Akari was just thankful that the crash wasn't around the time that students usually make their way to school via the road. 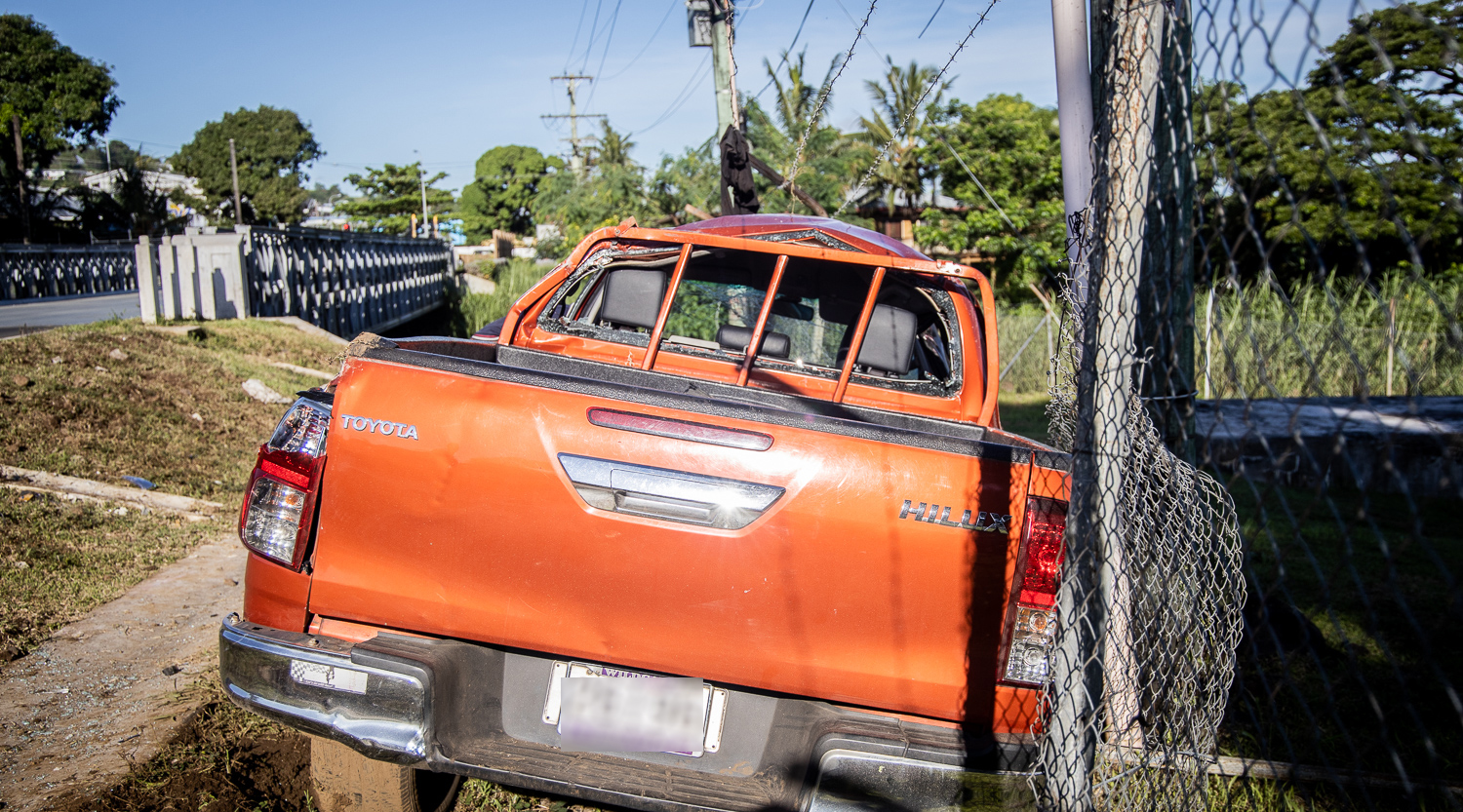 By 8 am on Tuesday, the Police were on scene to investigate the matter. By 10am the vehicle had been towed from the crash site.

The vehicle crashed into the poles near the bridge and rolled off the road before it struck an electricity pole near the road.

Update: This article has been amended to remove a reference to the age of the alleged driver at the time of the crash.