The Faleata College has opened a new multi-purpose hall, courtesy of $525, 241 funding support from the Government of Japan.

The Prime Minister gave the keynote address at the opening and made reference to the success of the college's graduates.

"Faleata College is one of the most remarkable colleges in Samoa. The Government is proud of these students achievements which shows the great work of the community and school committee. I would also like to acknowledge the hard work and dedication put into the hall's construction," he said. "I also like to acknowledge the Government of Japan in their assistance of our country especially for our students future. This is for the students and their education so that they may have bright futures as future leaders, doctors, lawyers, engineers and many other career paths to develop our country."

In a reminder to the students of their goals in life, the Prime Minister said they should spend less time watching television and playing with their mobile phones and focus on studying.

Mr Terasawa said he was honoured to represent his Government to handover the completed project to the college.

"It is with great honor and pleasure to represent the Government of Japan and to attend my first hand over ceremony for the project of the construction of the Faleata College Hall over to Faleata College. Today I am very pleased to announce the successful completion of this project." 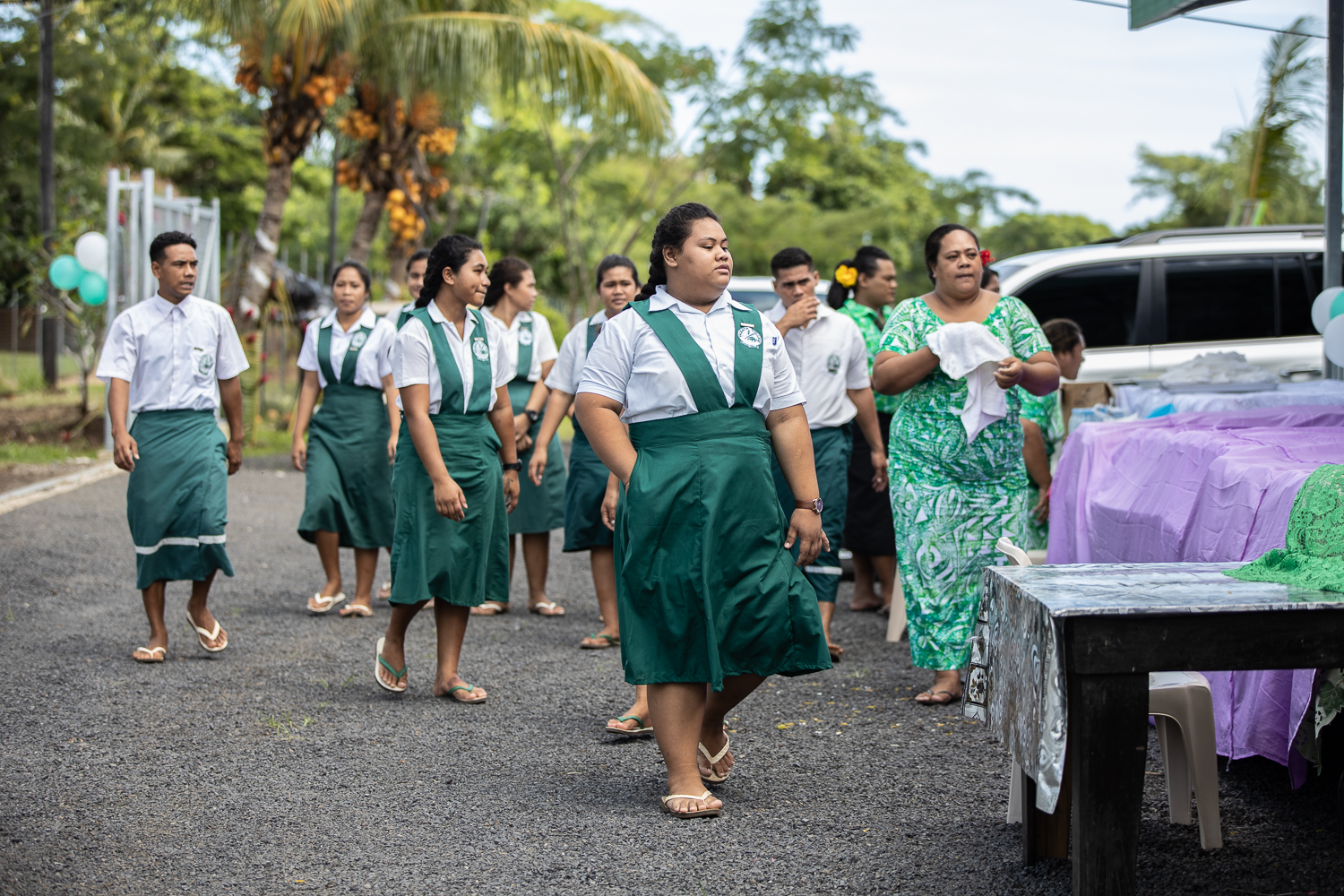 "This project was funded through a grant provided under Japan's grant assistance. Education is one of the most important sector for the social economic development of this country.

"Japan has been assisting this sector through reconstructing and upgrading facilities and dispatching expats in the field of Science and Mathematics. On the other hand we also believe that it is important to have the same access to education. Through that, I am confident that this project will improve your school activities. Japan has been supporting the development of communities in Samoa in the field of basic human needs such as health care and education.

"I would like to express my gratitude to the school committee and the whole community for their cooperation. This year Japan will host the 2020 Olympic games and I hope this will promote the friendship between Japan and Samoa through sports. Furthermore this school will generate other excellent athletes for future Olympic games. 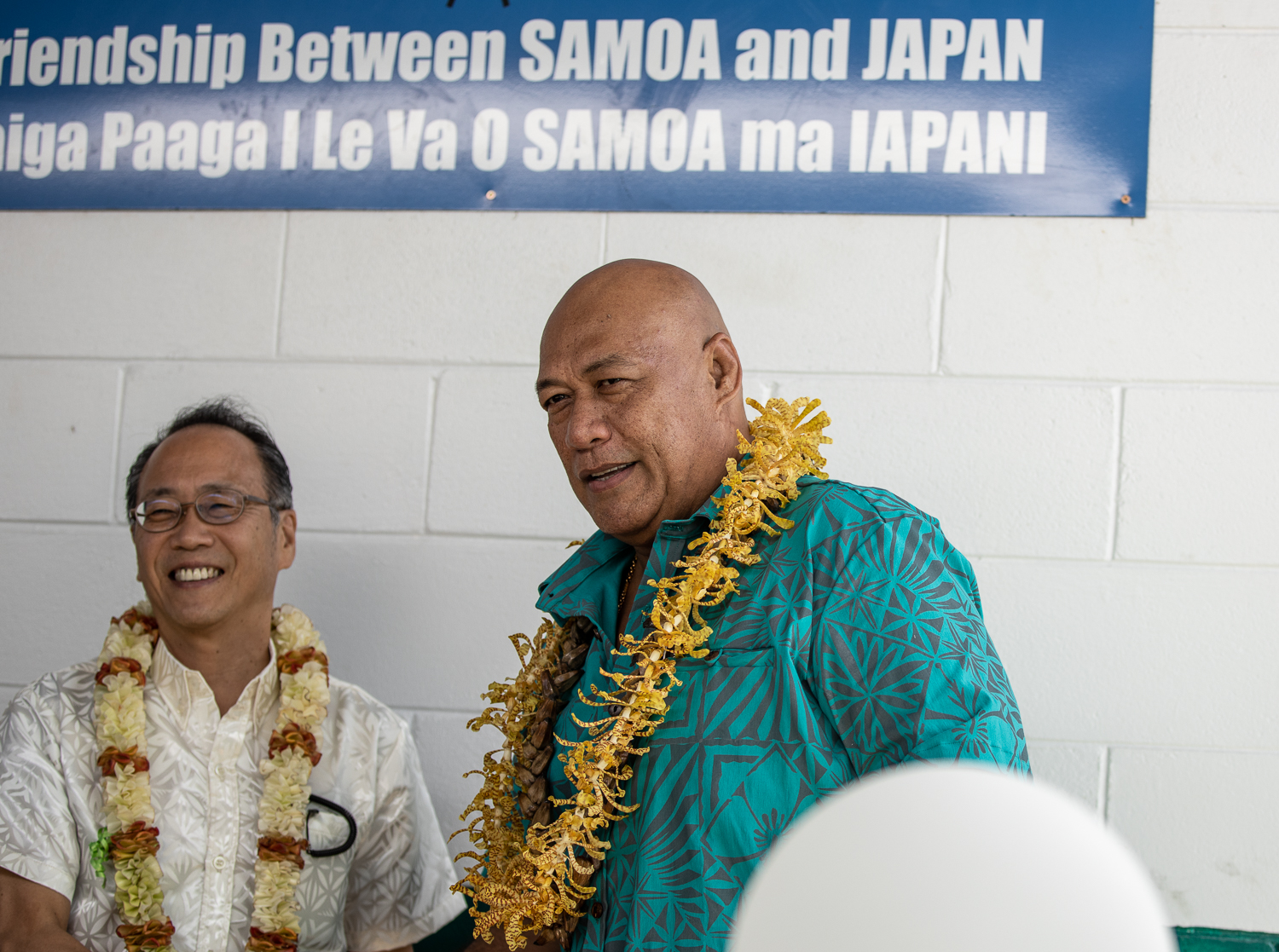 "You are the future of this country. I sincerely hope that this hall with be put to good use and be well maintained as a symbol of friendship between Japan and Samoa. Congratulations and I wish you all a successful school year."

According to the School Committee President, Tua'ilemafua Matalena Tu'iala, the monetary value of the contract is over half a million tala.

"On March 15th 2019, the grant contract between the Embassy of Japan and the Independent State of Samoa and Faleata College committee was signed for the construction of a hall for students of Faleata College. The grant of $206,315 USD equivalent to $525, 241 tala was awarded," she said.

"On June 15th 2019, the project commenced. All costs were paid directly from the bank account which was administered and managed by the Embassy. There were variations to the plans to extend the length of the hall by 10 meters and width by 2 meters to allow for more space but it did not affect the total cost of the project. The total cost of the project is $676,456 tala, grant from Japan $525,241 tala and funding by the school was $151, 224 WST."

The Principal of Faleata College, Apato Iosefa Pua, acknowledged the students' hard work in contributing for the project.

"There are lots of students in this school and they gave their support through school donations or what we call the PTA fund every semester. There were no activities done to raise money so all the support from the students and parents were from their donations," he said.