The Samoa First Political Party (S.F.P.P.) has been officially launched and used the occasion on Thursday to unveil its policies, which include the proposed abolishing of the Land Titles and Registration Act 2008 (LTRA 2008).

S.F.P.P. is temporarily led by Unasa Iuni Sapolu and she could not be happier to see the party come to life at the Maliu Mai Bar and Restaurant in Apia.

“This is a party that came out of the villages,” she said at the party launching.

“[Villages] said, you need to form a party and this party will place and put Samoa first.”

The newly launched political party will be headed by a 38-year-old female, whose name will be revealed just months before General Election, said Unasa.

She also said that the motivation behind the new party are the people in the villages who have expressed sentiments and feeling that the current Government is not putting their needs first. 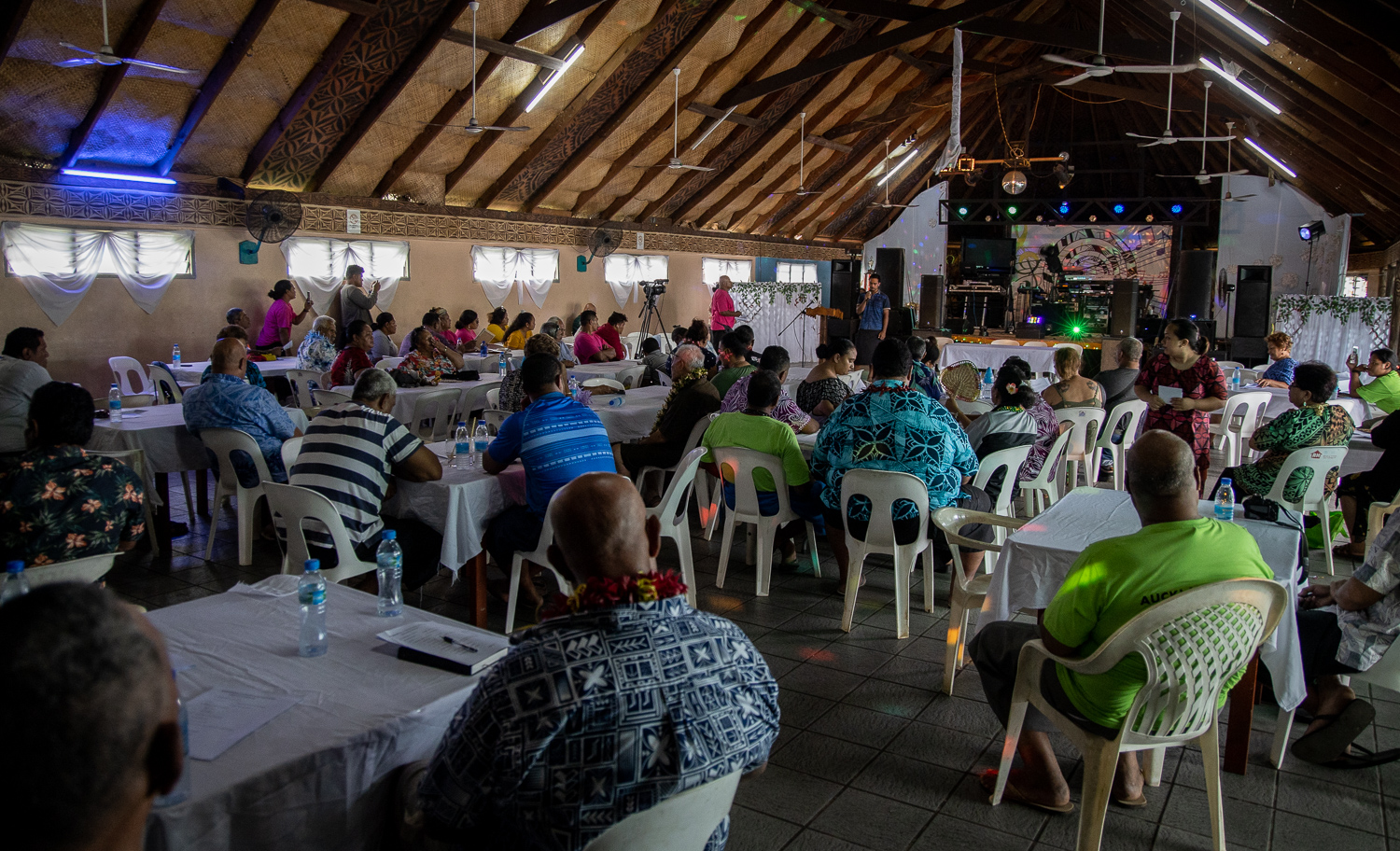 The S.F.P.P. intends to partner with other opposition parties including Samoa National Democratic Party and Tautua Samoa to strengthen their parties' strategies against the might of the ruling Human Rights Protection Party (H.R.P.P.).

“We wanted to launch it so that we have the legitimate right, I suppose, [or] responsibility to step forward and negotiate with other parties beside the HRPP.”

The S.F.P.P. temporary leader noted that their strategy against the H.R.P.P. with the understanding the issues, the people’s human rights and “using the brain”.

“It is not the money, not the Vailima, not the Taula,” she said.

She said there are “many” who will be running from S.F.P.P. but their door is still open for more.

Unasa will not be running in the 2021 General Election, but she is the temporary leader of the party.

Asked what she wants to say to the Prime Minister of Samoa, she highlighted that two members of her party, namely, Malele Paulo and Lema’i Sione were missing from the event.

“And this Party, Faamuamua Samoa is for all Samoans,” she said.

Unasa had called out the Prime Minister to allow everyone in Samoa to have a voice and to face the music.

“Your honor, with utmost humility, I ask that you please allow all of Samoa to have a voice.

“Put aside money, put aside rewards and that, let’s face the issues; the issues are Samoa mo Samoa.

“Let’s go back to history, and lets bring it forward, let’s look forward. Please allow us, give us a chance, we can help Samoa so that [the] young people of Samoa have hope.”

Speaking on the “large and increasing debts” of the Government, Unasa claimed that the Government could be putting up Samoa’s customary lands as collateral.

“When Tuilaepa says we run, we run? To stay still, we stay still? We need to tell Tuilaepa, ‘Your honor, stop with the debts, we do not want wharfs.

“We would rather be poor but living on our own lands, rather than getting money and Samoa gets taken by China.”

Unasa assured that should the L.T.R.A. 2008 be abolished, they will all be sitting back down happily.

“What will we be passing to our children? Pass what, debts? Because that’s what you’re looking at,” she continued.

National Council of Churches Secretary, Maauga Motu started the event with a prayer.

Attendees at the launching included Samoa Solidarity International Group (S.S.I.G.) supporters as well as the villages of Nofoalii and Satapuala.