It’s been 19 years since the Village Council of Vaipuna appealed to the Land Transport Authority to fix flooding on the road entering their village. Now they are worried their plea fell on deaf ears.

The village’s High Chief, Salapo Tupou, and Mayor, Tauasa Ronnie, told the Samoa Observer on Tuesday that they had

“We have been asking for help from the Government since 2001, and then there was another follow up in 2011. In 2017 we signed an agreement but to date we’re just witnessing other villages enjoying new roads, and we are still waiting,” said Salapo.

He said the road in question is where container trucks commute to get to the wharf:

“And with the closing of the Vaisigano Bridge everyone takes up this road. Not only is the road flooded, it’s relatively narrow; there are no sidewalks and this is a residential area.

“There are more than 1,000 members of the public that live in the area and thousands more that use this road.

“And yet it appears our request to simply fix our road is not being considered by the Government.”

High Chief Salapo said even before the closing of the Vaisigano bridge container trucks are not allowed to commute through the bridge.

“The public is treating our road like an industrial road when in fact this is a residential area and this has come at a cost to our roads being damaged,” he said.

“Looking at it now, there are pot holes in front of our church”. 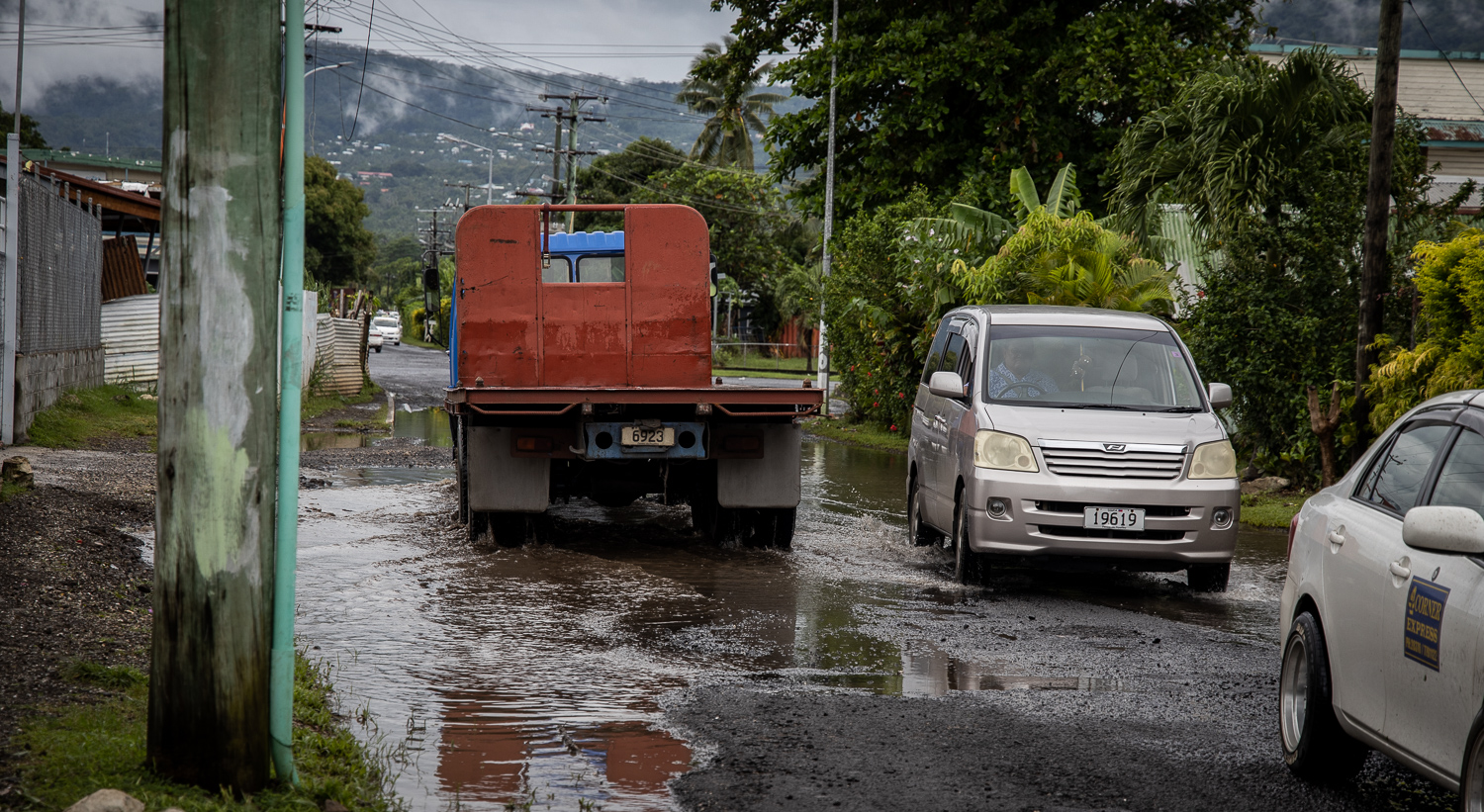 Vaipuna’s Village Mayor, Tauasa Ronnie, said the Government should consider fixing the road in Vaipuna as it’s frequently being used by the public.

“And more so now that the other side is being closed temporarily, the government surely can lend a hand with the condition of the road as it stands,” he said.

High Chief Salapo said the village had also informed their Member of Parliament, Lenata’i Victor Tamapua, who is the Associate Minister for Customs and Revenue, seeking assistance.

When contacted by the Samoa Observer, the M.P. said a request for assistance had been submitted to the Land Transport Authority and was awaiting a reply.

However in Parliament last month, Lenata’i during his speech noted any Government expenditure on the Vaipuna road could be recouped from the Green Climate Fund (G.C.F.) for projects combating climate change; he also queried whether funds from the G.C.F could be used to fix flooding areas.

“There is an area that is always prone to flooding regardless of how much rain there is a day is the road at Vaipuna in front of the [Congregational Christian Church of Samoa] Church. And that is where all the vehicles are commuting to go to the wharf,” he said.

He also noted that another affected area near Apia Park usually gets assistance when it is affected by flooding.

In Parliament, the Minister for Works, Transport and Infrastructure, Papalii  Niko Lee Hang, clarified that the costs of the development at Vaipuna road could be drawn from the G.C.F. fund.

The Apia Park roads however have been noted and the Ministry will visit and inspect the concern raised.

The G.C.F.’s direct beneficiaries include approximately 26,528 people in the Vaisigano river catchment who will benefit from upgraded infrastructure and drainage downstream, integrated planning and capacity strengthening, including planning for flooding caused by extreme weather events, and flood mitigation measures especially riverworks and ecosystems solutions in the Vaisigano River Catchment.

The benefits of the project have been estimated to reach approximately US$15.6 million. The project is expected to run from 2017-2023.