The construction of the $43 million Vaisigano Bridge is making good progress and it should be opened in July.

This was confirmed by the Chief Executive Officer of the Land Transport Authority (L.T.A.), Galumalemana Tititutuvanu Schwalger.

She said that while the weather had posed some challenges, the contractors, consultants and all the relevant agencies have done their best to minimise the delays so that the bridge could be open on time.

Since the beginning of construction in 2018, many obvious signs of progress can be seen on site, including the US$80,000 sign board that was installed late last year, funded by Japan.

According to Konoike Construction Company Ltd. Project Manager, Eiji Takano, the demolition of the new bridge will most likely take place after Independence day in June, once utilities and road works are completed. 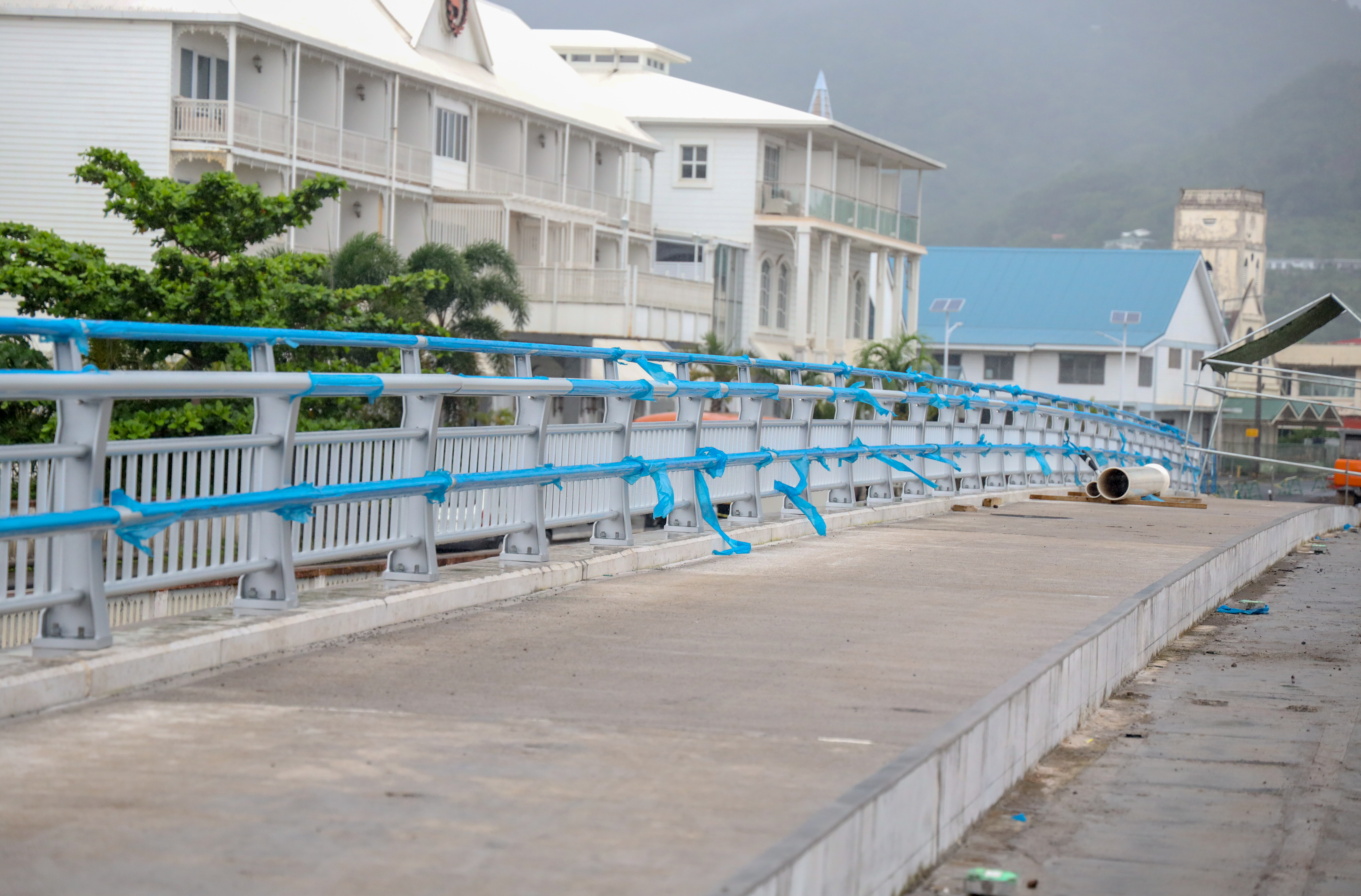 The construction has temporarily closed off sections of the road leading up to Vaisigano to allow more space for the work to proceed.

Currently, a roundabout is being constructed making a three way road connecting Matautu Uta, Matautu Tai and the road from the Bridge. The bridge road will only be two lanes.

The road from KK Mart Matautu is ground zero, before it elevates towards the roundabout and onto the bridge.

The new bridge is 1.5 meters higher and 20 meters downstream from the old one.

The first exit of the bridge will be a five meter road into the drive in of Juliana’s rental as well as to residents behind Vaisigano.

Mr. Eiji has told the Samoa Observer that they have had to beef up security at the new Vaisigano Bridge as children from around the area have continued their habit of jumping off the bridge on the new one.

Pavements are being constructed on the new bridge as well as roads approaching the bridge.

These will be 2.5 meters wide with bridge railings which were shipped in from Japan, made of the latest technology of aluminum to ensure the safety of pedestrians, as well as cars, should an incident occur.

The bridge will also be laid with water proofing before pavement and asphalt to ensure the durability of the roads. 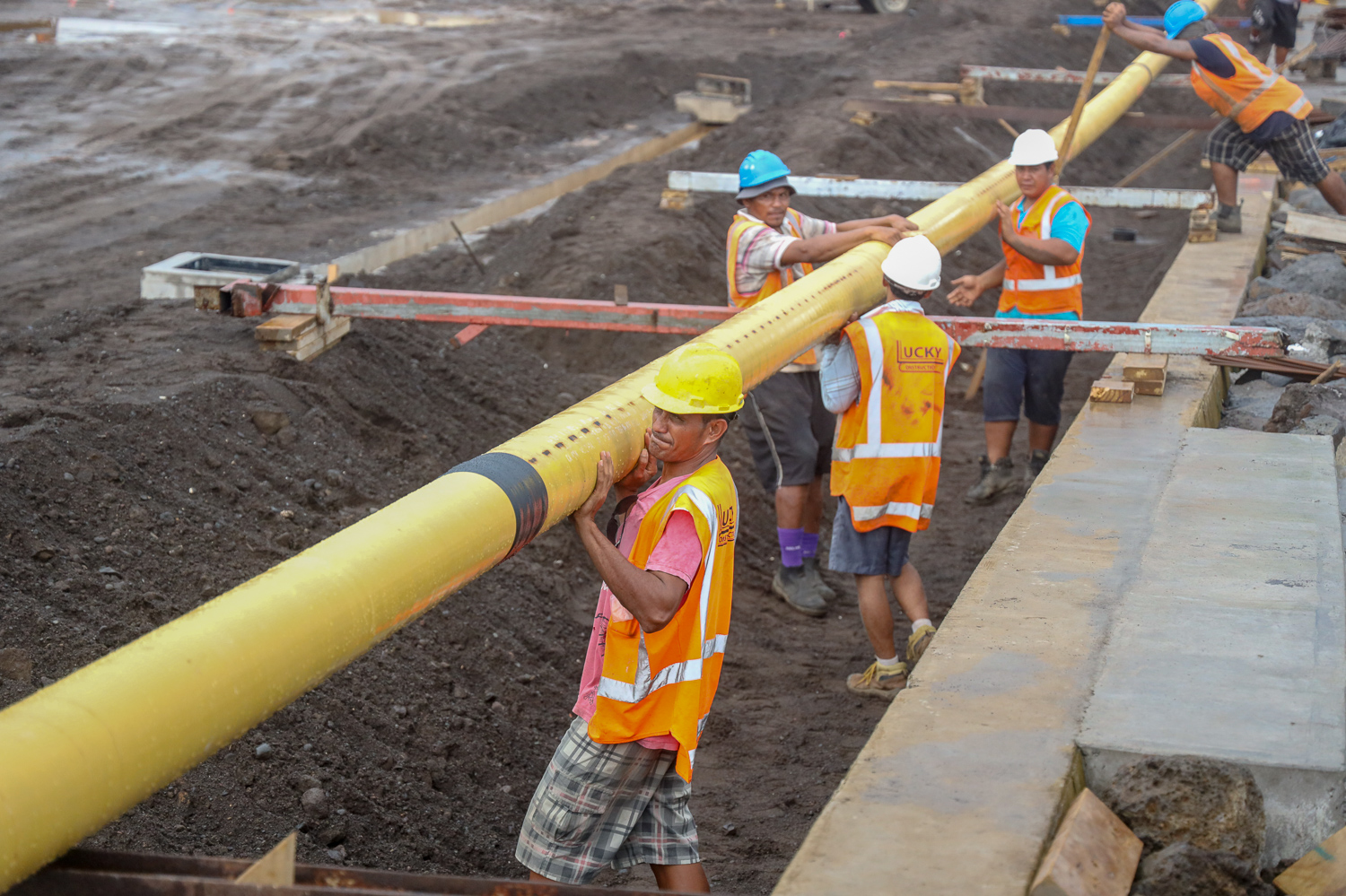 The contractors of the new Vaisigano Bridge  praised the Samoan workers saying they have “good will”.

Project Manager Eiji told the Samoa Observer that there are about 70 Samoans employed for the construction work.

"There will be an additional 20 in March when there is more work to be done, he said.

“They do a good job. [They respond] very well, and our staff teach the skills and [do] training but Samoan people have good will.”

For most of them, it is their first time working on a bridge project and many of them are very interested in the work, he said.

Galumalemana said the aim for using local labour is to see an enhancement of skillsets within our own people, especially being a part of building a significant project.