Listeners up close and personal with Lani Alo

Breakout Samoan soul sensation Lesa Metitilani ‘Lani’ ALo took to the stage for the first time as a solo artist on Friday.

Asked how he felt moments before his first solo concert, he said he was "speechless, nervous but good overall".

Fans heard Lani Alo play renditions of his favourite classic jams as well as his own originals, and their backstories.

The small and intimate gathering at the Manumea Arts Studio at Vaigaga was a chance for the public to get to know the New Zealand born Samoan and his story.

The 25-year-old is in Samoa to tour Samoa’s schools to raise students’ spirits through song after the difficulties of 2019 alongside his partner, Vainalepa Livington Efu.

Geraldine Taefu who attended the event with her older sister enjoyed the "powerful" performances, saying the messages engraved in each song really hit home for them.

"His track and lyrics bring tears and nostalgic memories. His singing and vocals are so wonderful," she said.

"The things I like about him [are] he brings good vibes and that he loves what he is doing like his life music career brings voice to the Pacific, reinforcing tautua (service) and the importance of honouring our parents and grandparents (family).

"I love his music, all because of his relationship with God."

Ms. Taefu told the Samoa Observer that Mr. Alo's lyrics can really motivate people to strive for their dreams and careers.

Mr. Alo and Mr. Efu are well known in Samoa as the pair that sang ‘Alo I ou faiva’, which is best known as encouragement and a remedy for homesickness.

Lesa said being in Samoa is just a great opportunity to share positivity and light, especially post measles epidemic that claimed 83 lives.

“Apart from the tour, they get to know me a bit more on a personal level,” he said.

“They only know me as the ‘Alo I ou faiva’ guy, but I will be jamming some of my favorite songs and I hope they enjoy it.” 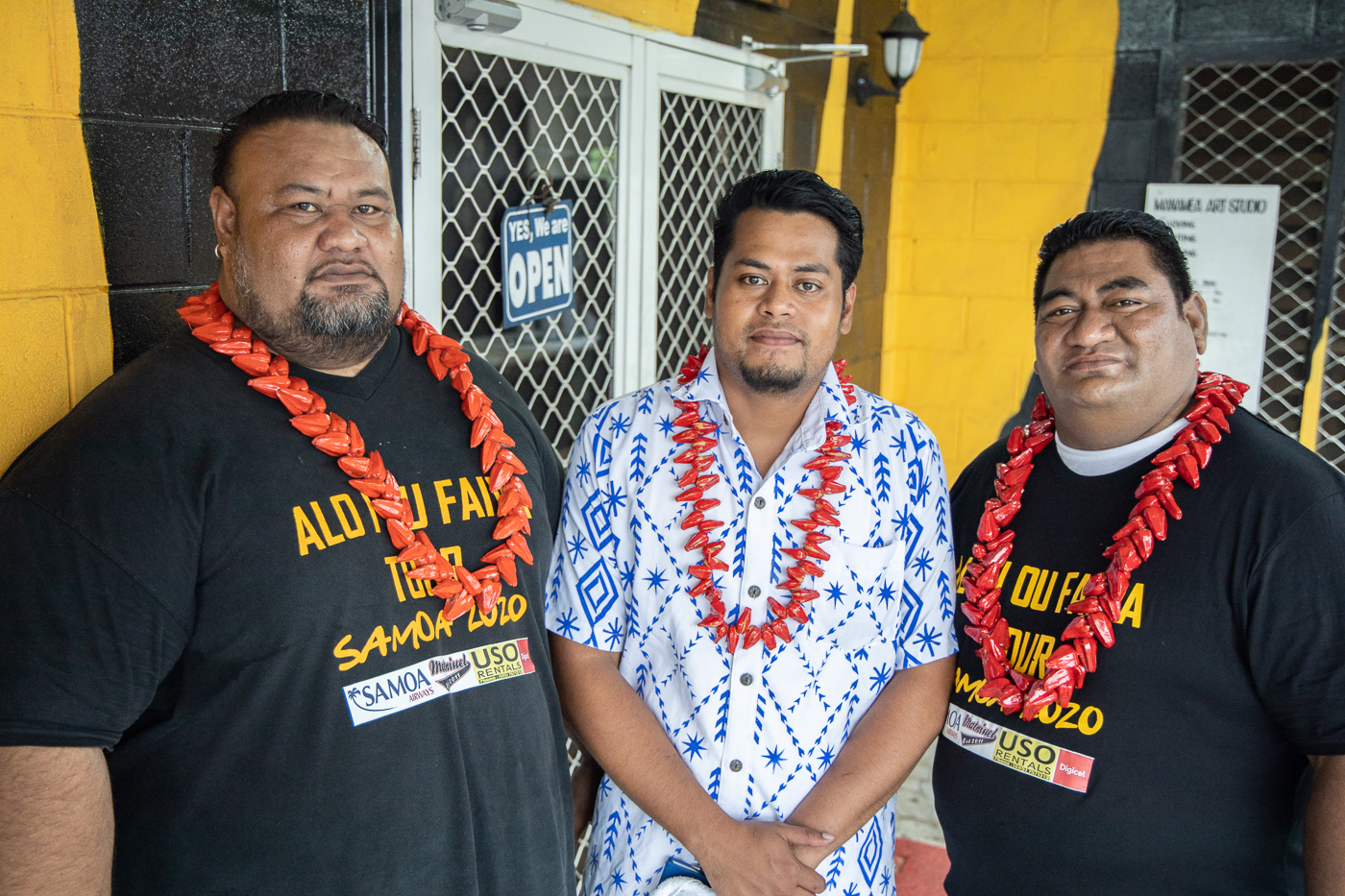 The two are especially excited to perform in their home villages, Saanapu for Lesa and Aai-o-Niue in town for Vainalepa, as well as his old stomping grounds at Samoa College and Nofoalii Primary School.

The tour will culminate in the I Love Samoa concert on February 15 at Gym 1 in Faleata with a group of artists coming together to perform in the nation’s honour.

When the performances are all said and done, Lesa and Vainalepa will return to New Zealand and work on writing more music and finishing their first E.P. or album.