The minivan driver fled the scene of the accident on foot. (Photo: Vaitogi Asuisui Matafeo)

A minivan slammed into a taxi on Sunday afternoon which saw five passengers in hospital and the minivan's driver getting away before the Police arrived on the scene.

The silver van slammed into a Four Corners Express taxi at Apia Park on Sunday afternoon.

Six people were involved in the crash with no one suffering serious injury, despite the extensive damage to both vehicles.

By the time Police had arrived the minivan driver had taken off on foot, leaving his two passengers to fend for themselves.

The minivan engine was badly dented with the airbags deployed in both the driver and passenger seats. 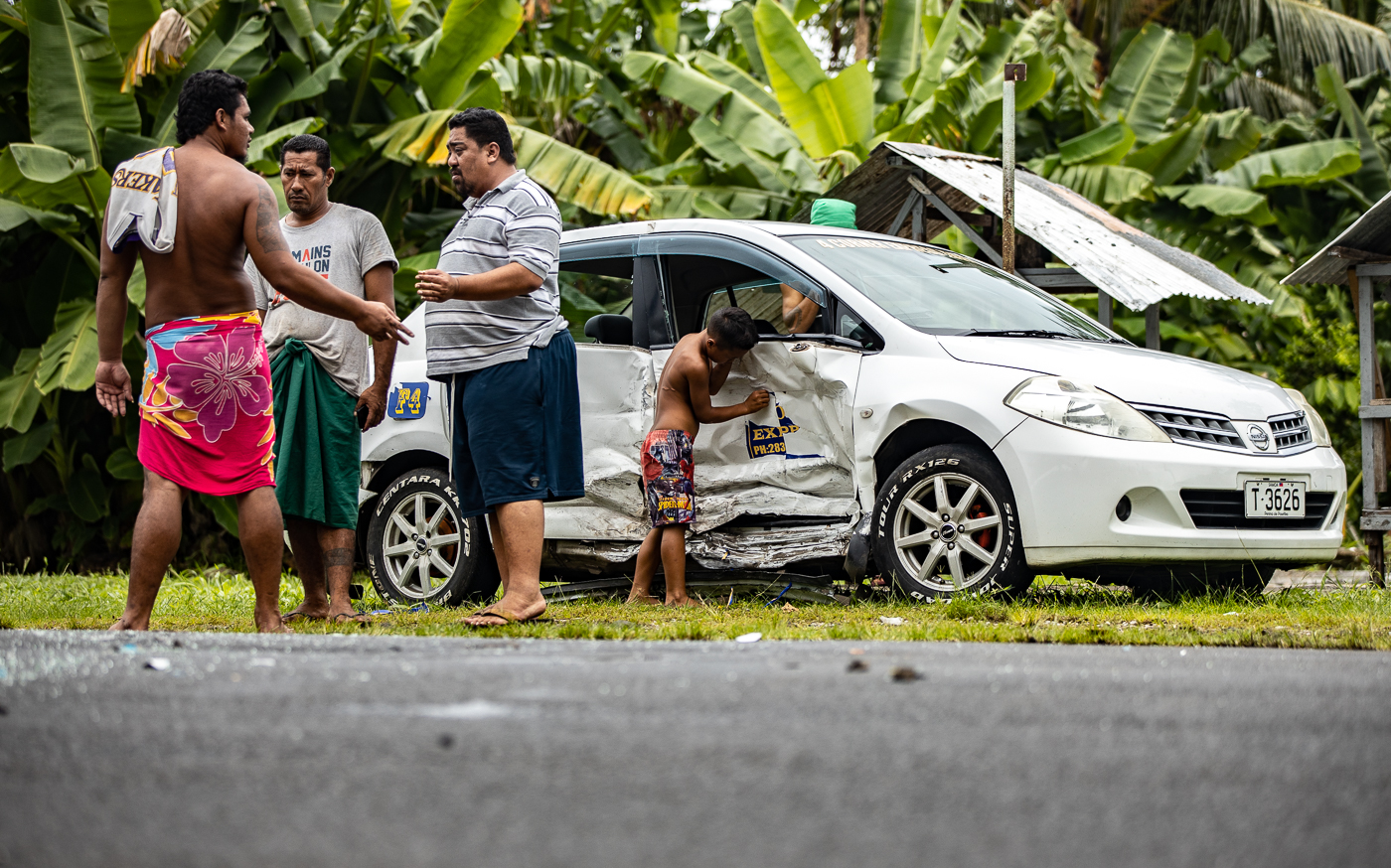 The minivan's owners pulled up at the scene eventually, asking for the whereabouts of the driver who was behind the wheel of their vehicle.

When the family was told that he had run away, they offered to show the Police where he stayed in Laulii.

Police investigation into the incident is ongoing.