The Apia Harvest Centre Church at Togafu'afu'a ushered in a new season on Saturday when they welcomed their new Senior Pastor, Amosa Pouoa.

Pastor Amosa, his wife Sara and their children were ordained during an ordination ceremony that was well attended by families, friends, church members and guests including Prime Minister Tuilaepa Dr. Sailele Malielegaoi.

Pastor Amosa and his wife hail from Lufilufi and Fogapoa. They have four children. 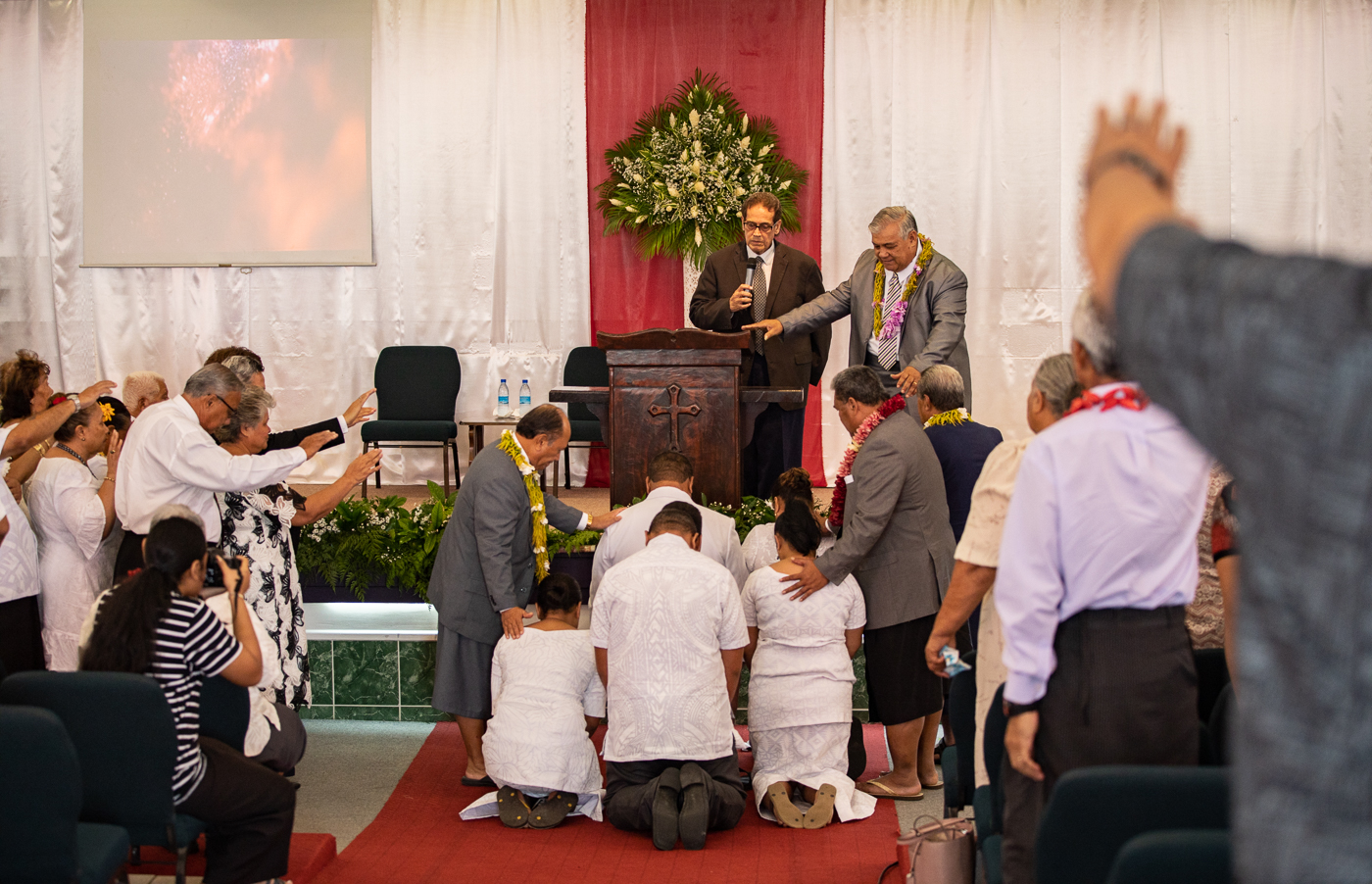 They take over from Pastor Lottie Penn-Fata, who had been the Senior Pastor after her husband, the late Reverend Dr. Fa'afetai Fata passed away last year. Rev. Faafetai and Lottie had pastored the church from humble beginnings since its inception in 1997.

Reverend Taei Ti’eti’e of the Assemblies of God (A.O.G.) in Samoa officiated the ordination service with the sermon for the occasion delivered by the Superintendent of the A.O.G. in Samoa, Reverend Dr. Tavita Pagaialii. 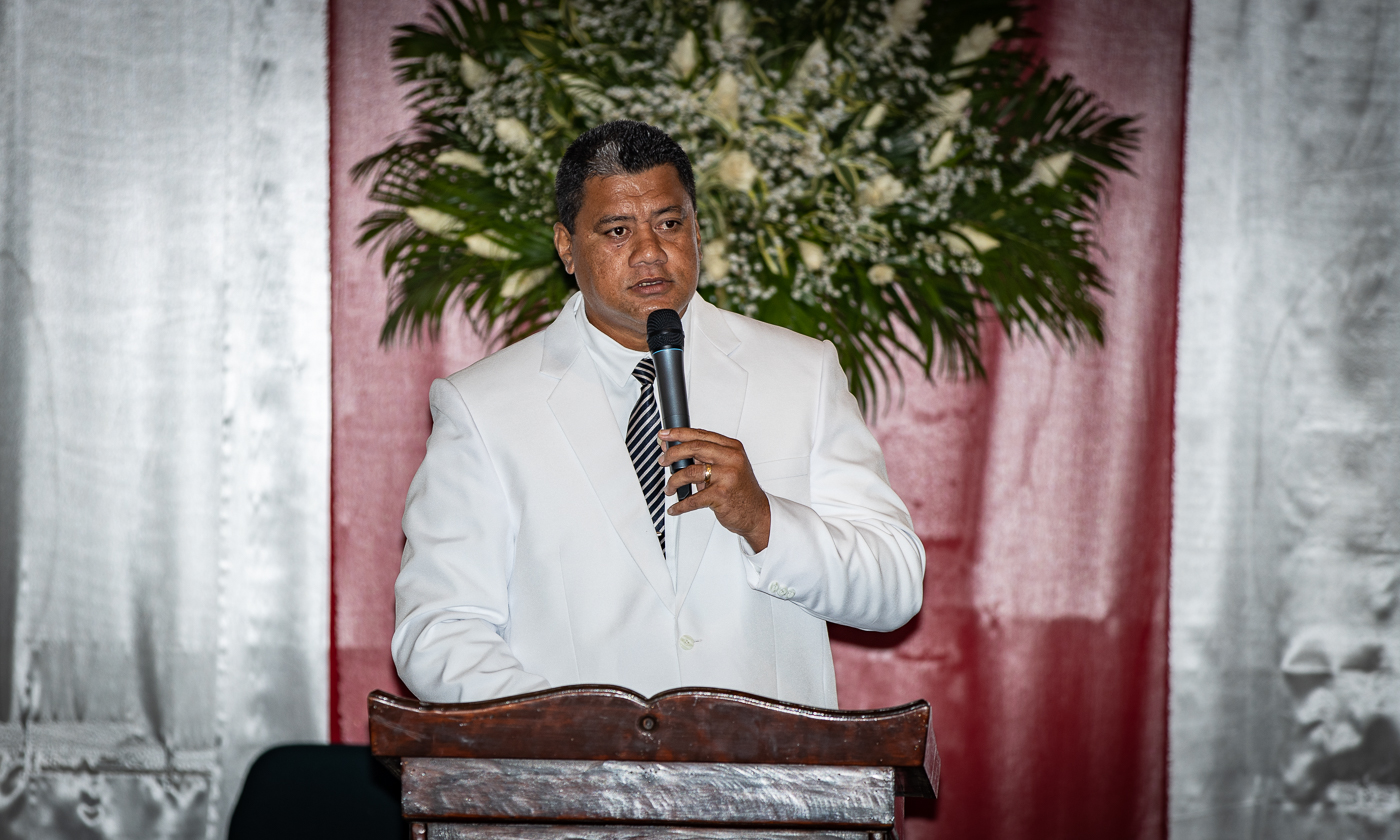 Speaking to the Samoa Observer, Pastor Amosa said he is humbled to be called to lead the Apia Harvest Centre Church. He paid tribute to the late Reverend Dr. Fa'afetai.

“It may not be easy but the infrastructure of the ministry has already been established," he said. "We have to take on the legacy that he has left and build from that. We are both excited and honoured by the call of God. We are also looking forward to what the Lord will reveal to us through his ministry." 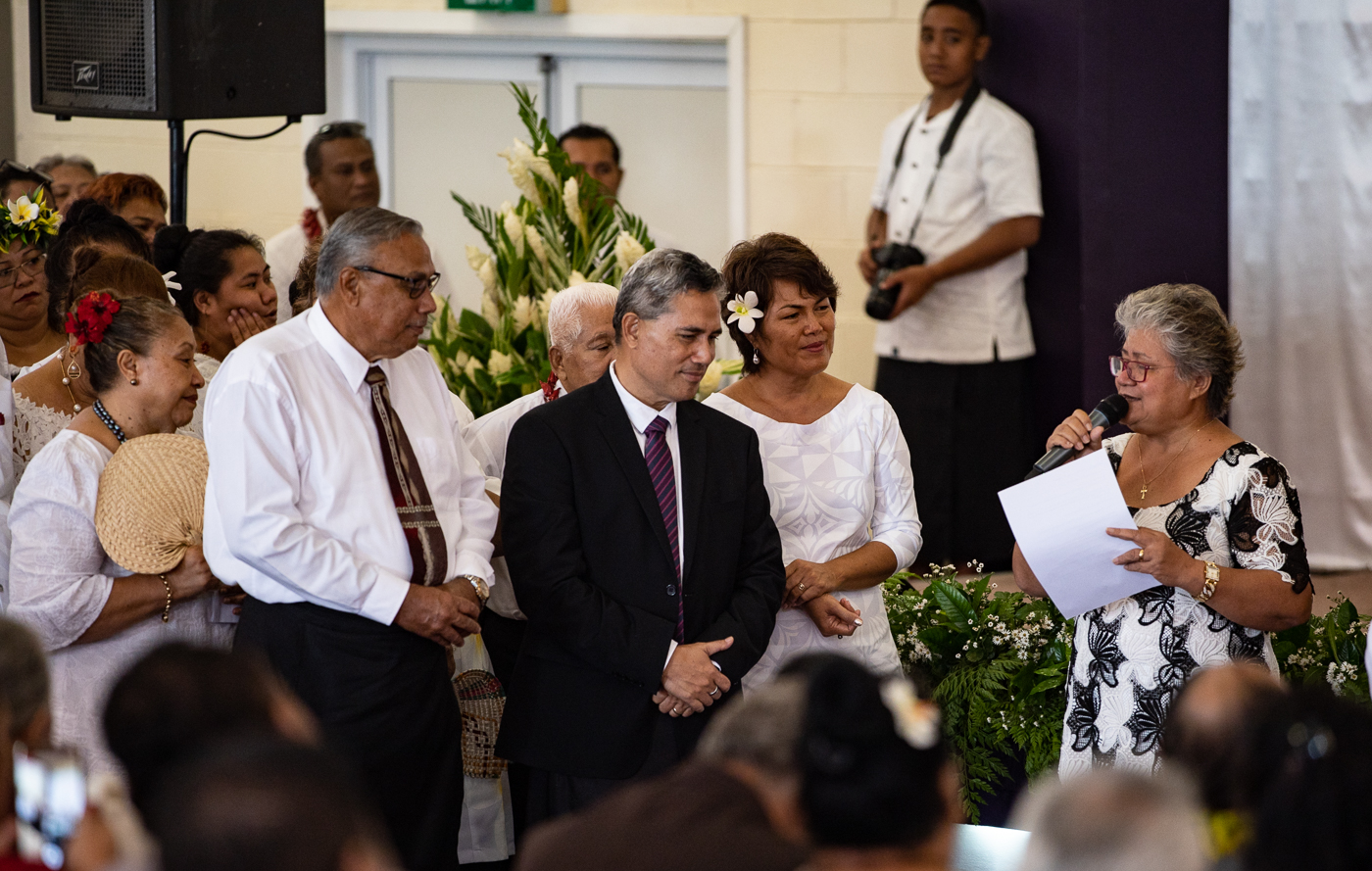 Pastor Amosa added that as a city church, God has strategically placed Apia Harvest Centre there.

"We are a church in the city and we need to rise up to what we believe in the spiritual realm." 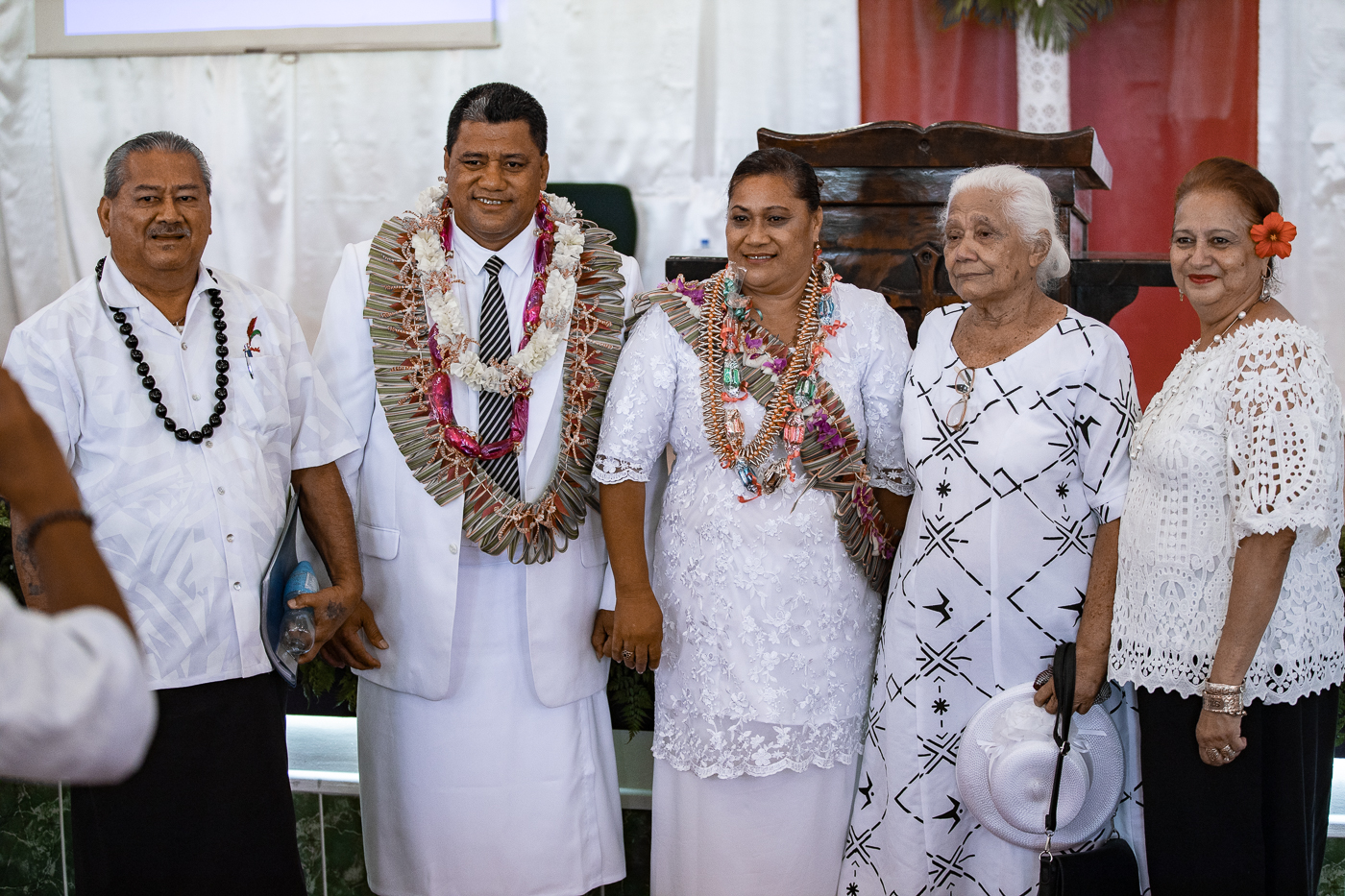 The Superintendent for the Assemblies of God church in Samoa, Rev. Dr. Tavita Pagaialii told Pastor Amosa and his wife to believe that they were chosen by God.

“It is such a blessing that so many of us have gathered to witness this occasion," he said. "It feels extra special with the presence of our Prime Minister Tuilaepa Dr. Sa'ilele Malielegaoi, church leaders, also families and friends."

“Everyone has been chosen by God. There is no one who is born into this world that does not have a purpose which the Lord has in store for them.”

The 45-year-old is a civil engineer by profession.

He is a father of four and runs several businesses with his wife Sarah. He is from the village of Lufilufi and is the son of Leasoiloafaleupolu Pouoa Fuioa and Fetuoleava Amosa Pouoa.

Apia Harvest Centre Church has about 200 members and is part of the Assemblies of God Church in Samoa.

It is a multicultural church that offers services in English on Sunday mornings and in Samoan on Sunday evenings.

Its mission is to "Build up strong families in the Word & Spirit of God to impact the church, cities and nations.”

The Apia Harvest Centre Church also runs the Apia Harvest Bible College, and is the home of Samoa Teen Challenge, an organization that deals with at-risk youths and young offenders.

Pastor Amosa and Sarah will be overseeing all these, with the support and help of the Pastoral team.