The 18-year-old was acknowledged during the school's prize giving, finally held last Friday after it was postponed as a result of the measles crisis.

Atenai was also the school's Head-boy for the year 2019. 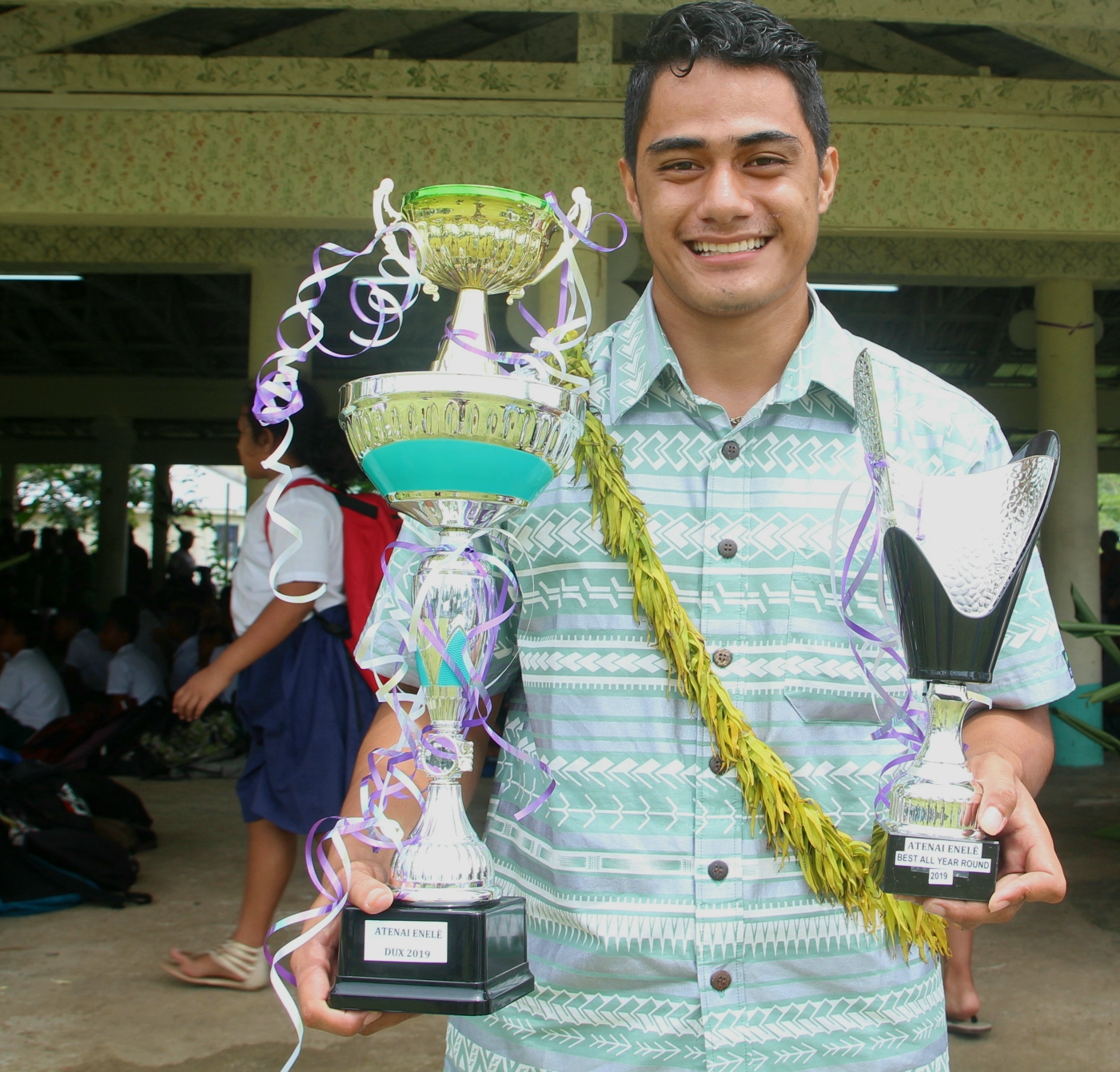 Speaking to the Samoa Observer during an interview after the prizegiving, the top student credited the power of prayers for his success.

"I am so happy and overwhelmed at the moment. It's such a great achievement and I have God to thank for that," he said. "If it weren't for him I wouldn't have made it this far."

He also acknowledged the support of his parents saying they were his inspiration.

"I also acknowledge the continuous support of everyone who has lend a helping hand for me during my years in College.

"To my families, teachers, friends and most especially my parents. They (parents) were my motivation.

"I would also want to thank my mentor and teacher, Manaia Komisi who pushed me and helped me with my studies during my final year in college."

Atenai was a Commerce student and took away all the prizes for English, Accounting, Economics and Mathematics.

He is now enrolled into the Foundation Programme in the same field at the National University of Samoa.

Looking ahead, the 18-year-old said he wants to become a teacher.

"Specifically in the commerce field," he said.

"Not only do I have the passion and love for these subjects but the lack of teachers teaching accounting and economics is one reason why I decided to take up that path."

Reflecting on his journey in college, Atenai said it's hard to leave the place that has been his second home for the last five years.

However, he is ready to take on and embark on his academic journey this year.

"You know growing up is a part of life, so even though its hard leaving my dear school, I am grateful for all the memories we made.

"However, life goes on, and I am ready for the next step."