The Samoa Association in San Diego, America has shipped a container full of food supplies, diapers and hygiene products scheduled to arrive next week for families affected by measles in Samoa.

This was confirmed by the President of the Samoa Association San Diego, Senerita Gorniak, in an interview with Samoa Observer.

“I was born and brought up in Samoa which is why I can relate to the people here and the Samoan lifestyle,” she said.

“When I heard of the measles in Samoa, it was also a coincidence that it was my father’s unveiling, so it was a good chance for me to go and provide support for families affected by measles." 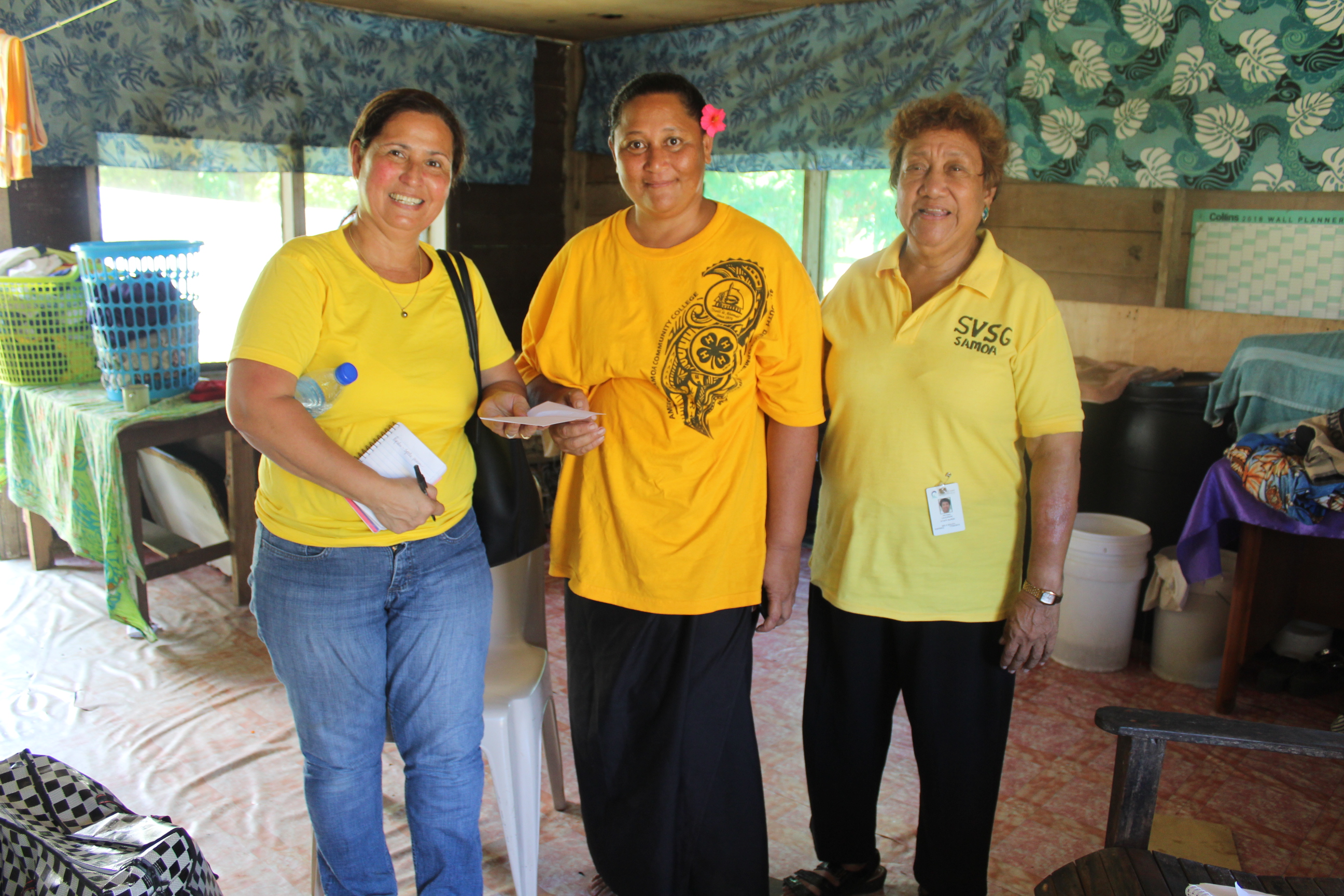 “We shipped off a container in December specifically for families hit by measles especially those who lost loved ones."

Ms. Gorniak has been in Samoa for two weeks and decided to work with the Samoa Victim Support Group (S.V.S.G.).

“I chose S.V.S.G. to distribute the supplies from the container, because my heart was more attracted to the work they are doing with victims of violence and sexual abuse, that are under their care at the Campus of Hope – but not only that, the work that they are doing for others amongst communities.”

The S.V.S.G. rolled out a measles outreach late last year to provide assistance through food supplies for measles-affected families.

“I wanted to go directly to families affected and see how they are coping whether they are recovering and let them know that the Samoan people living in America are also thinking of them," Ms. Gorniak added. “We are also bringing financial assistance to help them pay for certain bills such as the electricity or water.

“I am also involved with Pacific Islander Festival Association of San Diego they are like the umbrella for the Guamanians, Hawaiians, and Samoan that is made up of more than 300 members.”

She added that various donors such as: Pacific Islander Festival Association, Samoan Association San Diego, Sharp Hospital, a couple of pastors and their wives, and St Peters Catholic Church helped donate to the container.

“I know that I am living permanently in America but I want to help my people in whatever way I can and we hope to continue providing assistance to Samoa.

“I also would like to acknowledge Siliniu Lina Chang for the work that she has done.”