The public has been urged to limit electricity use after the Electric Power Corporation's declaration of a state of emergency and possible power rationing.

Two generators were disabled last Monday by lightning strikes at the country's Fiaga diesel plant, which the E.P.C. says is Samoa's biggest source of power.

The appeal to consumers to limit their use of electricity was issued in a public notice signed by the E.P.C. General Manager, Tologata Tile, who asked consumers to switch off any unused appliances.

“We wish to advise the public that the E.P.C. is currently under a state of emergency on the supply of electricity due to [a] technical fault in our system,” the notice stated. 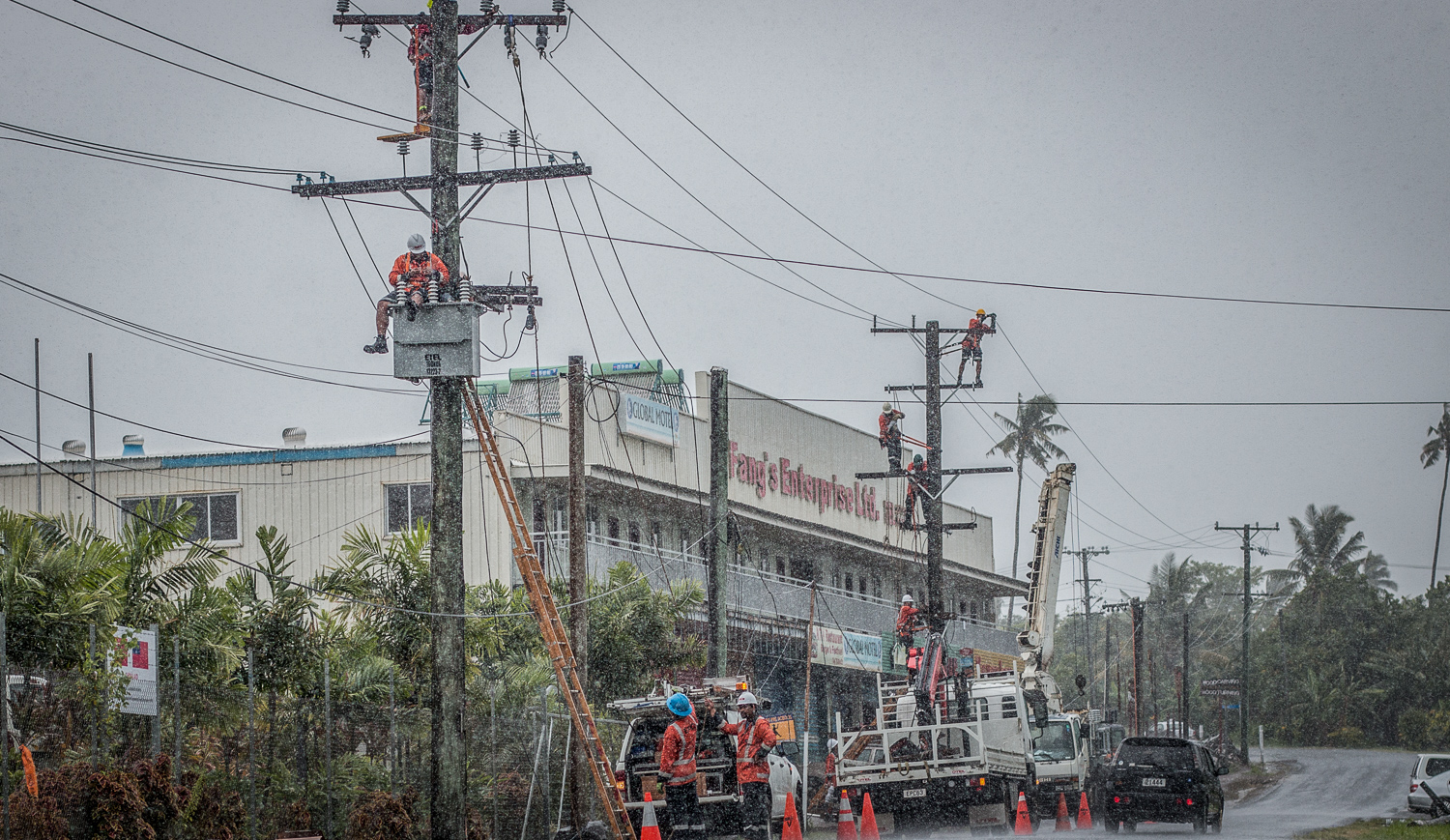 The public notice says that preserving and turning off unused appliances will assist the Corporation cover public demand for utilities during the period of emergency.

“We will advise the public once E.P.C. has completed its repair works and E.P.C. is able to cater for the load demand.

“We thank you for your support and understanding at this time while the Corporation works on repairing.”

The massive lightning strike at the Fiaga power station last Monday resulted in an island-wide power outage on Upolu.

The damage to two generators at the Fiaga plant is understood to have close to halved its 23 megawatt power generation capacity.

According to Tologata, the damage from the storm leaves operational two generators at Fiaga and generators at seven of the country's hydro power plants:

“At the moment we are still under the state of emergency and we are trying our best to share what we have at the moment.

"If we continue to have enough rainfall due to our rainy season we may not have any more power outage.

“If we don’t have enough rain or water to generate electricity from hydro and with only two Fiaga generators running, then there is a possibility that we may have to cut off some [electricity supplied to] some parts of the country for some time.”

He also added that, from the Corporation's perspective, consumers of electricity on the furthest reaches of the network might have to be taken off the grid, until systems resume to normal.

“It is because we cannot cut off the middle [parts] or the beginning of the feeder that we [must use to] supply the electricity,” he added.