The Government has signed over powers to the Ministry of Health (M.O.H.) to “monitor, protect and shield Samoa” from the new coronavirus, and officially declared it an infectious disease under Samoan law.

As of January 30, there were 7818 confirmed cases of the novel coronavirus, which originated in Wuhan, Hubei Province in China and has since spread to 18 countries.

The World Health Organisation (W.H.O.) has officially declared a public health emergency of international concern (P.H.E.I.C.) and work is underway to develop a vaccine against the disease, now called an acute respiratory disease, as fast as possible.

Samoa's Attorney General, Lemalu Herman Retzlaff, said the reason the legal declaration was made is to enable the leadership to use special powers when managing the threat to Samoa.

The declaration empowers the Chief Executive Officer of the M.O.H. – in this case Director General Leausa. Dr. Take Naseri – to “deal specifically with the Coronavirus, by all the legal means it deems appropriate.”

It was signed by the Minister of Health, Faimalatoa Kika Stowers-Ah Kau on January 29, under the Health Ordinance Act of 1959.

By confirming the disease is infectious under the law, Government is now able to develop policy to deal with it, Lemalu said, unlike with measles which was already known. 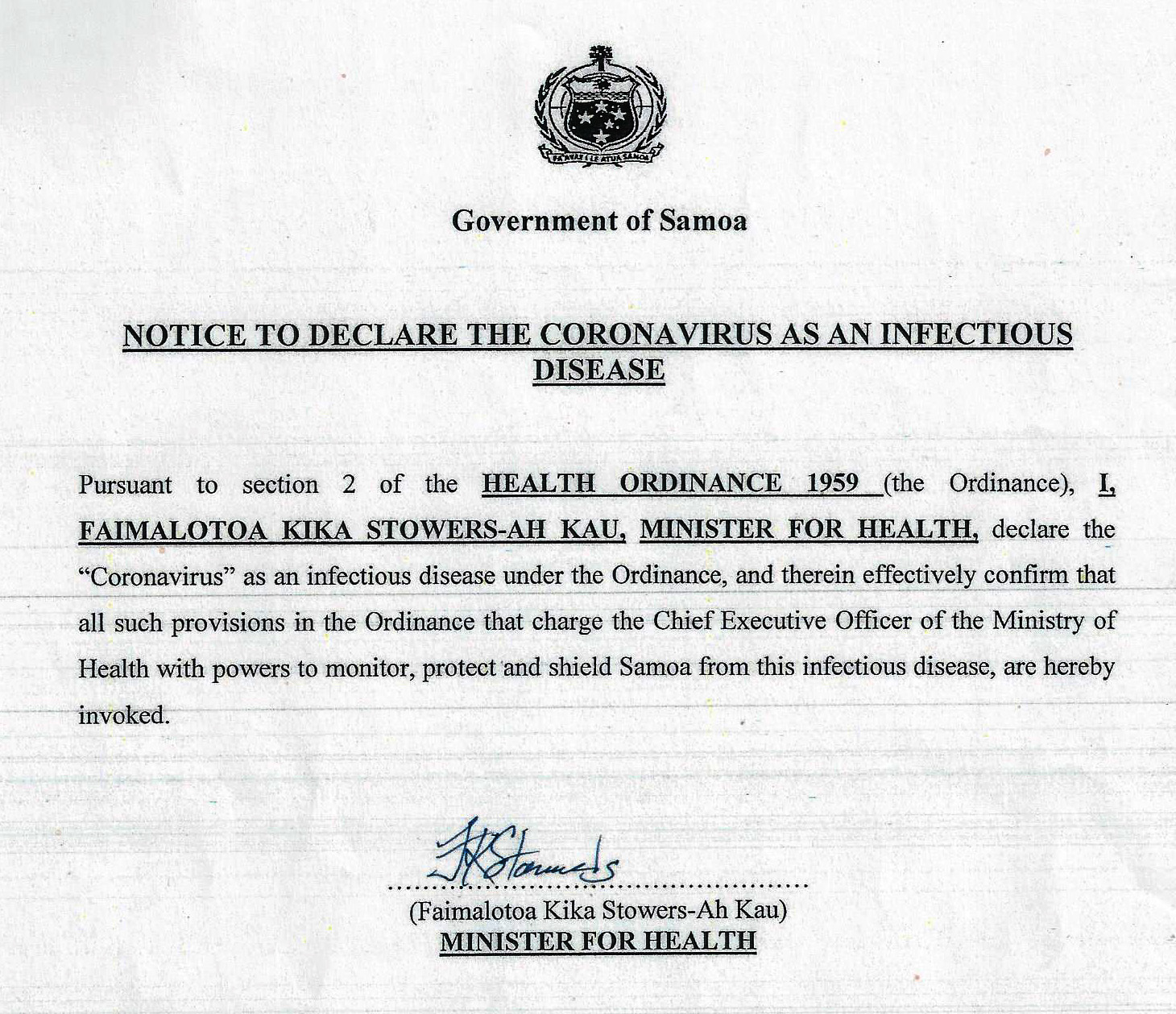