“If we breed the children from a young age, they will continue to develop.” (Photo: Supplied)
Football
Grassroots

The Football Federation of Samoa (F.F.S.) put on their first Fun Football grassroots clinic of the year on Saturday morning at their Tuanaimato complex.

The initiative offers children from five to 15 years old the chance to build their skills in a positive environment for free, and has been run since 2010.

“Everything starts from the bottom,” she said.

“If we breed the children from a young age, they will continue to develop.”

Most of Samoa’s national representative players got their start with football in the programme.

“One good example is Jarvis Alatise Filimalae, he’s one of our scholars in New Zealand,” Fausagafou said.

The 16-year-old forward was first exposed to the game at age seven through Fun Football.

He began studying at Hastings Boys’ High School in 2017 and has been getting great results on and off field; progressing to Year 12 academically and making his international football debut for Samoa in 2019.

F.F.S. offer the programme to any community or school in Samoa for free as well. 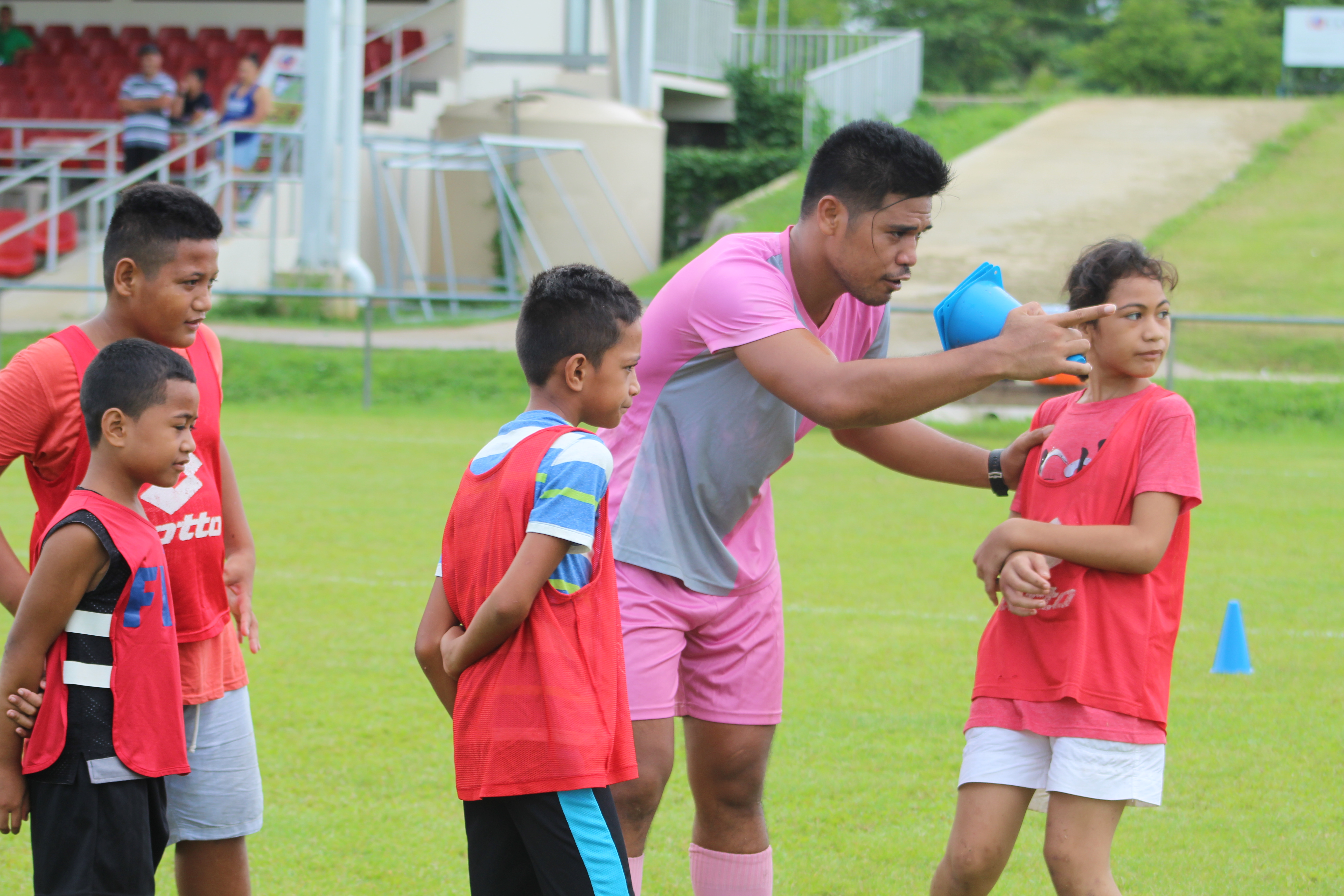 Fausagafou said the main goal of Fun Football is to reach out to those that haven’t had the opportunity to play it.

“We plan throughout the year to conduct Sunday school programmes within the villages that request it,” she said.

Three programmes will be held this week on Thursday and Saturday: