After more than 20 years of service, one of the longest serving employees of the Samoa Observer Newspaper Group, Rita Ioane, has called it a day.

Mrs. Ioane started at the Samoa Observer in 1999 as a senior typist and secretary for the Editor-in-Chief, Gatoaitele Savea Sano Malifa.

This year, Mrs. Ioane has decided to retire from work so she can spent time with her elderly mother in New Zealand, children and grandchildren.

Looking back over the years, Mrs. Ioane said a lot has changed.

The 55-year-old mother was tasked with many responsibilities with the Samoa Observer from being a typist, a debt collector, an accountant and doing administrative work.

Her time with the Samoa Observer began in 1999 when she was looking for work after her late husband fell ill.

She knew she would soon have to support her three children on her own and any work would help her with her troubles.

It was on the day she was walking around at the then Molesi Building at Savalalo that she came across the Samoa Observer office located there.

To her, it was the loud sound from the reporters typing away on the old type writer machines that got her attention.

“I looked inside the office and saw the reporters punching the keys loudly and were just busy at work,” recalled Mrs. Ioane.

“I was curious what these men were doing because I didn’t really know much about the newspaper business and what they do.

“So I had asked the girl there if they had any work and she told me their Chief Editor was looking for a typist. That is how it all began.”

Mrs. Ioane of Vailoa Faleata said her busy schedule made the more than 20 years journey with the newspaper fly by quickly.

“It was a different kind of work for me,” she said.

“Everyday is always busy and there is always something new coming up and it is what I will miss the most about this place.

“If it wasn’t for God’s love and guidance and the opportunity given by Gatoaitele and Muliaga to employ me all these years it would not have been a memorable journey.” 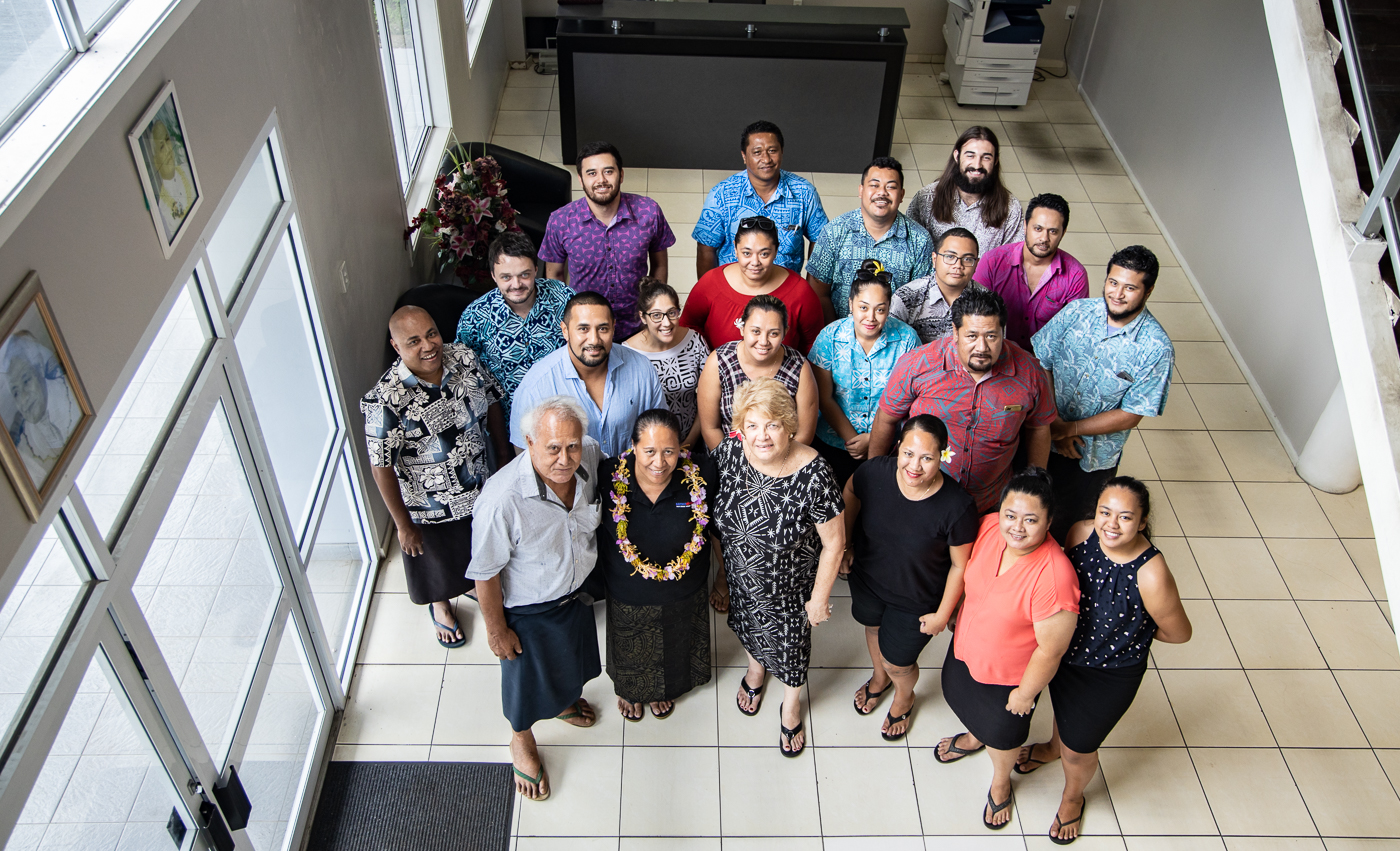 Mrs. Ioane still remembers the 25th anniversary of the Samoa Observer held at the Hotel Kitano Tusitala where the newspaper officially launched its website.  She also recalls many memories with work colleagues and the Editor in Chief and Publisher Muliagathat makes her miss her work.

Those memories, she said, she would rather keep to herself and cherish.

The mother also remembers that after two weeks she was employed that her husband passed away.

Despite this, Mrs. Ioane knew she needed the work more than ever to care for her young children at the time.

Even with her busy schedule at work, the solo mother made sure she had time to spend with her children and see them grow and succeed.

They did.  Her eldest daughter Olevia Ioane was crowned Miss Samoa in 2011. Her other two children, Fuifui is a lawyer with the Attorney General's Office while her son, Alesana, works for the Samoa Bureau of Statistics.

A grandmother of five, Mrs. Ioane will be spending her retirement years looking after her elderly mother in New Zealand that has been waiting to see her for many years.

“It was something that she said to me last year that struck me and I finally decided it was time to change my focus in life,” she said.

“My mother is 87 years old and I haven’t seen her for many years. I have done my work and it is time to care for her and my children and grandchildren.”

Before she bids farewell, Mrs. Ioane expressed her sincere gratitude to her Samoa Observer family especially Gatoaitele and Muliaga for their support, kindness and love.

“Twenty one years of working in the newspaper industry is a long period of time in my life and I treasure every moment of it,” she said.