Former Rugby Academy Samoa alumnus and debuting Japan 7s player, Timo Fiti Sufia, has grown as both a player and a person since leaving the country.

Fiti, who is from Letui, spent three years at Mase Mahonri Schwalger’s Rugby Academy Samoa (R.A.S.) before taking up the first scholarship ever organised by the Academy in 2016.

Since then he has been studying and playing rugby at Asahi University, and was recently selected to make his debut for Japan at the Hamilton leg of the World Rugby Sevens Series.

Mase visited Fiti and other scholarship recipients in Japan during the Rugby World Cup last year, and said his development as a person was even more remarkable than how far his rugby had come.

“I could see the huge change for this kid… he opened up,” he said.

“This opportunity probably broadened his mind, a chance to learn those life skills as well.”

Mase said Fiti was a quiet achiever back in his R.A.S. days, and noted that actions over talk approach was often a sign that a player had a successful future ahead.

And that attitude made Fiti easy to coach, as well as someone Mase was happy to send over to Japan knowing Asahi would want more players like him in future. 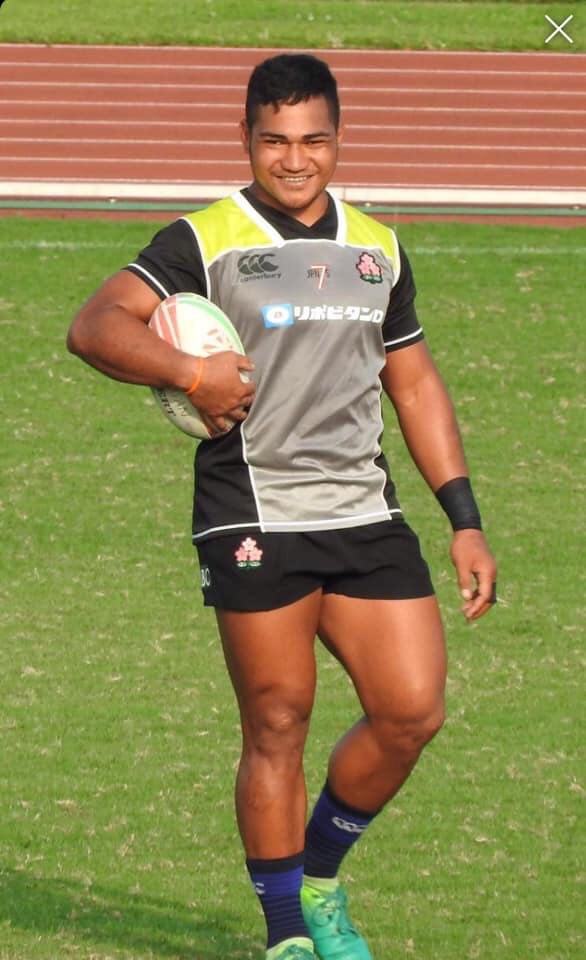 Mase thinks every player that comes through his academy dreams of playing for the Manu.

“Every kid that is born in Samoa, they always wanna represent the country,” he said.

In tying his eligibility to Japan, Fiti has all but closed the door on the blue jersey.

“Obviously he made the choice for what is best for his family, financially, and for his future as well,” Mase said.

“We’ve gotta make sure that we can get these [scholarship] opportunities, so we can develop our kids, and hopefully they can come back and play for Samoa.

“It would be great if we could hold our kids here in the islands, it would be awesome. But at the moment we just don’t have the resources.”

And even for the best of the best, a rugby career doesn’t last forever.

“The vehicle was rugby, but being able to study and open up another opportunity to be an international player, and start another career out of it, [is awesome],” Mase said.