Sixteen nations will contest the 2021 Rugby World Cup, to be held in England over October and November. (Photo: RLWC2021)
Rugby league
Toa Samoa

Toa Samoa will play the first game of the 2021 Rugby League World Cup against England having been drawn in Group A with the tournament hosts.

Samoa will play England at St. James’ Park in Newcastle on the 24th of October Samoan time, before taking on fellow Group A opponents France and Greece.

The hosts should provide the stiffest level of competition for Samoa given their world ranking of third, while seventh ranked Samoa will go into their games against France (eighth) and Greece (11th, playing in their first World Cup) as favourites. 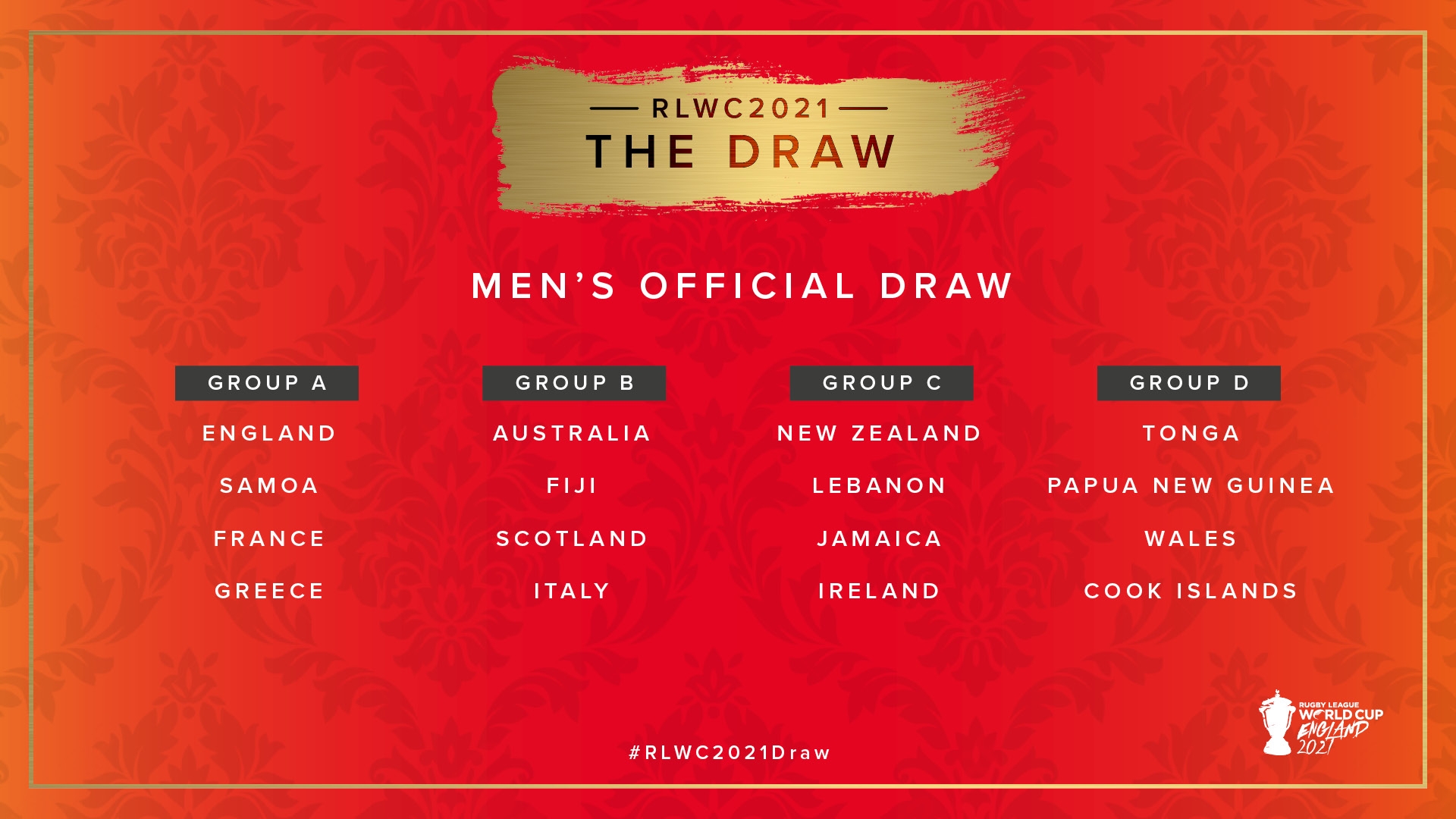 Those games will give the Toa a chance to pick up their first Rugby League World Cup win since 2013, having suffered a draw and three defeats at the 2017 event.

The drawing adds further intrigue to a potential England vs Samoa test mooted for June 2020, given it would be a preview for the World Cup opener.