For many Samoans the internet is at their fingertips.

But before the advent of smartphones, internet cafes were the main means people had to engage with the online world.

But despite the growing popularity of smartphones and the cafes all but disappearing in many other countries around the world, some of Samoa's very first internet cafes say business is still going strong.

Statistically rigorous estimates of levels of internet access in Samoa are difficult to find, but the University of the South Pacific published research in 2018 that found only 28 per cent of Samoans own a smart phone.

For many Samoans, then, internet cafes continue to bridge a gap to the internet.

Samoa’s first internet cafe, Lesamoa.net Cyberbooth Internet Cafe, was established in 1998 by Auva’a Lesa Seumanutafa and, at the time, only had three computers.

Today you can still find the cafe at the Lotemau Center, but it has moved to the front of the complex and houses computers offering a wide range of services, including typing, fax machines, scanning, transcription and document scanning.

Lesamoa.net Cyberbooth Internet Cafe Manager, Helen Seumanutafa, said while the cafe has its on-and-off days, people still go around for the services that they provide.

In the early 2000s, the family owned a little store at the back of the Lotemau Centre and when the internet first made its debut on the island, they were the first to offer internet cafe services to the people of Samoa. 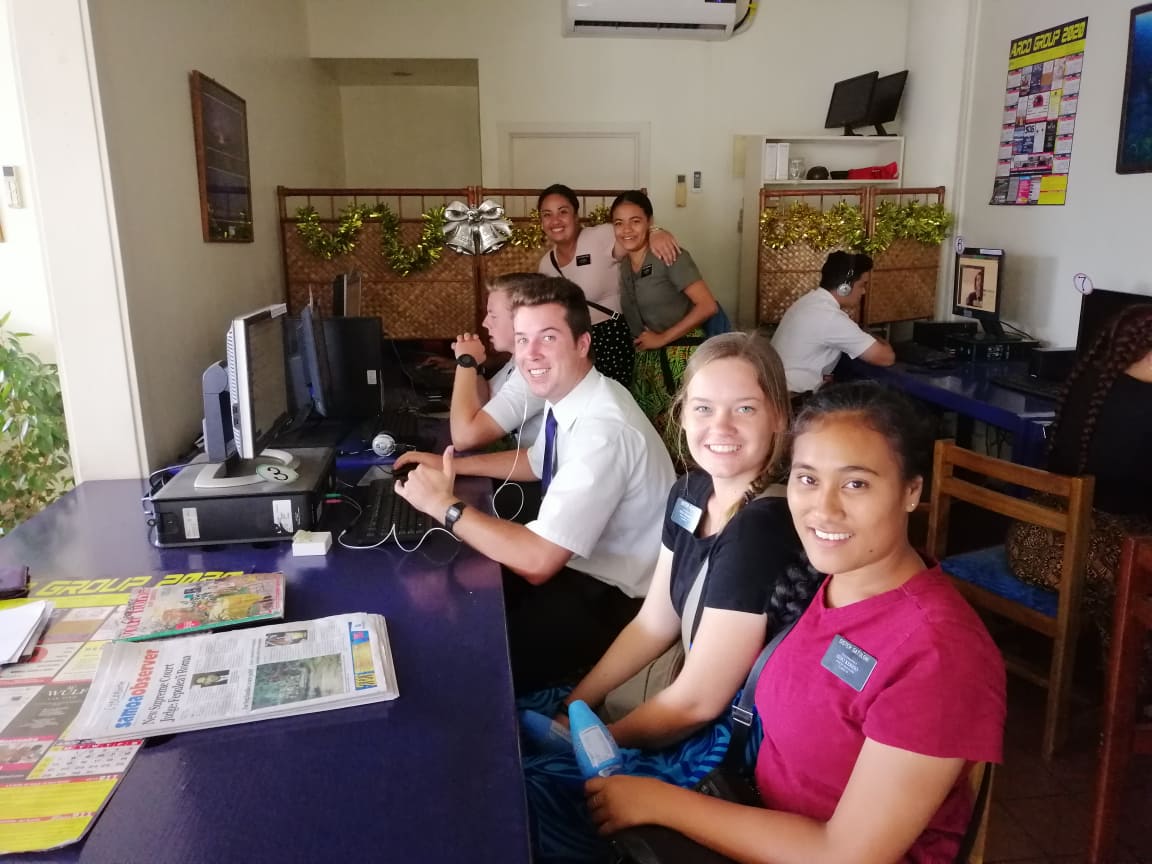 She said that at that point in time internet cafes offered services that many people did not care about. These ranged from printing money transfer dockets to typing documents for court cases and application letters.

“People spend half a day waiting in line for passport visa forms from immigration when they could do it all here,” she said.

Staff at another internet cafe, Computer Services Limited (C.S.L.), which is located on the ground floor of the Samoa Life Assurance Corporation building across from McDonalds, concede that the advent of the smartphone has made internet cafes less useful.

“In terms of our customers, we have missionaries using our computers to communicate with families, even elderly and curious people who want to know what YouTube is,” he said.

Mr Hussein has helped many customers in his six months at C.S.L. and teaches employable computer skills in office documentation and basic tech to those in need of the training.

Sala Seuala, a customer at C.S.L., said she finds the internet cafe helpful and using Microsoft Word has been good due to ease of access.

"In the future, I think it'll be more advanced, but it's really helped me out today in what I had to do,” she added.

Fellow internet cafe entrepreneur, Helen Seumanutafa, agreed with the sentiment and added that young people are also learning new things at her cyber-booth.

“We do see quite a few young people here, especially missionaries.  We also see students who come to do research and assignments and we have student rates for them and we help them out with anything they need too,” she said. 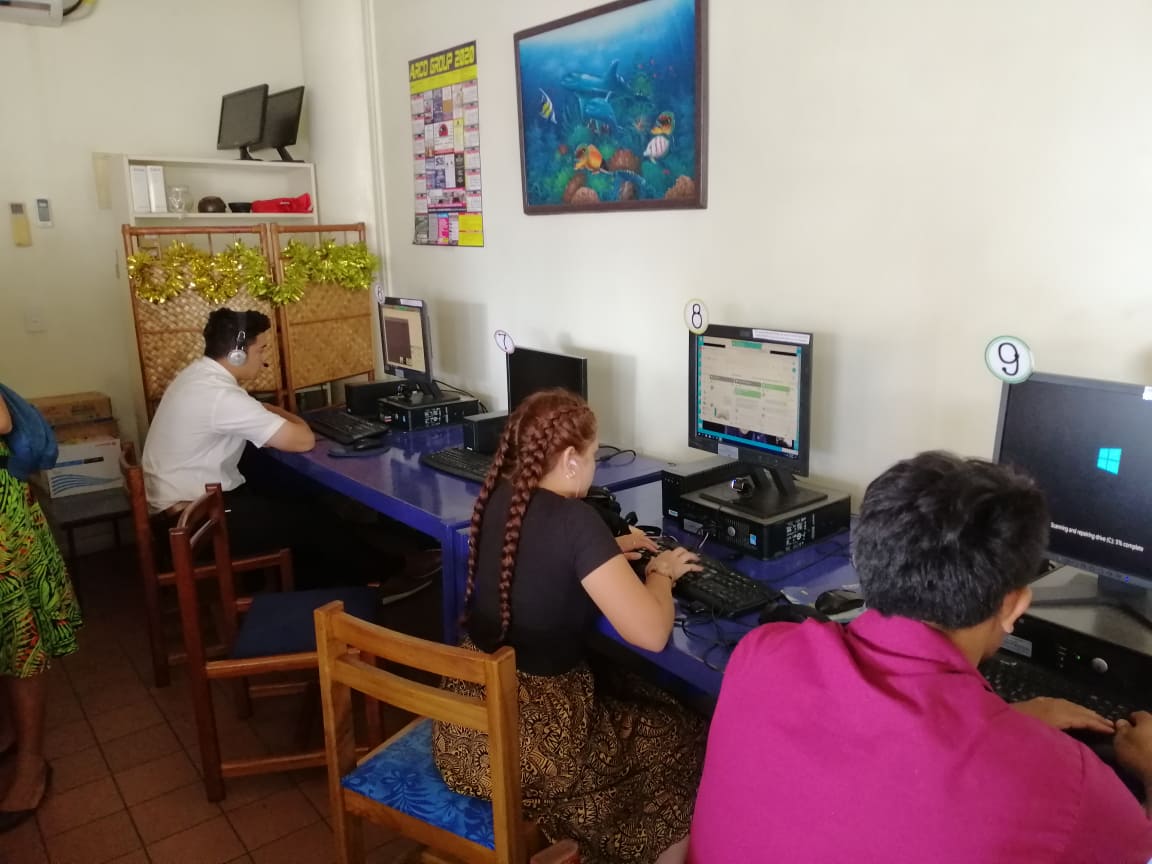 Some customers have even asked for help setting up their personal Facebook pages as many people remained unfamiliar with the basics of social media, Mrs. Seumanutafa said.

However, technology has its downsides and Mr. Hussein was quick to point out that smartphones can come to preoccupy young children to a sometimes unhealthy extent.

"You are taking their childhood away from them. A child should be playing with toys and not phones,” he warned.

Emphasising that while phones are not all bad, he said internet cafes will continue to remain relevant in Samoa so long as people require access to their services.

But Mrs. Seumanutafa said that internet cafes had been forced to adapt to the modern era and her business looks very different to when it first began.

“I’d like to think that in the future we are still here," she said.