An emergency fire and safety drill was carried out FESA in partnership with various State entities. (Photo: Vaitogi Asuisui Matafeo)

An annual fire and safety drill, coordinated by the Fire and Emergency Services Authority (F.E.S.A.) in collaboration with different State entities, has caught a lot of people off guard when the exercise swung into action.

The evacuation of offices in the ANZ Bank Building in town, the setting up of roadblocks of sections of Beach Road at Matafele, and the spraying of water onto the building by F.E.S.A. fire trucks after the building was evacuated attracted a crowd of people on Thursday morning.

Many onlookers rushed to the scene to find out what was happening. Other members of the public, who were initially interested in the exercise but the decided to leave after realising it was a drill, found themselves locked in when roadblocks were set up by the Police. 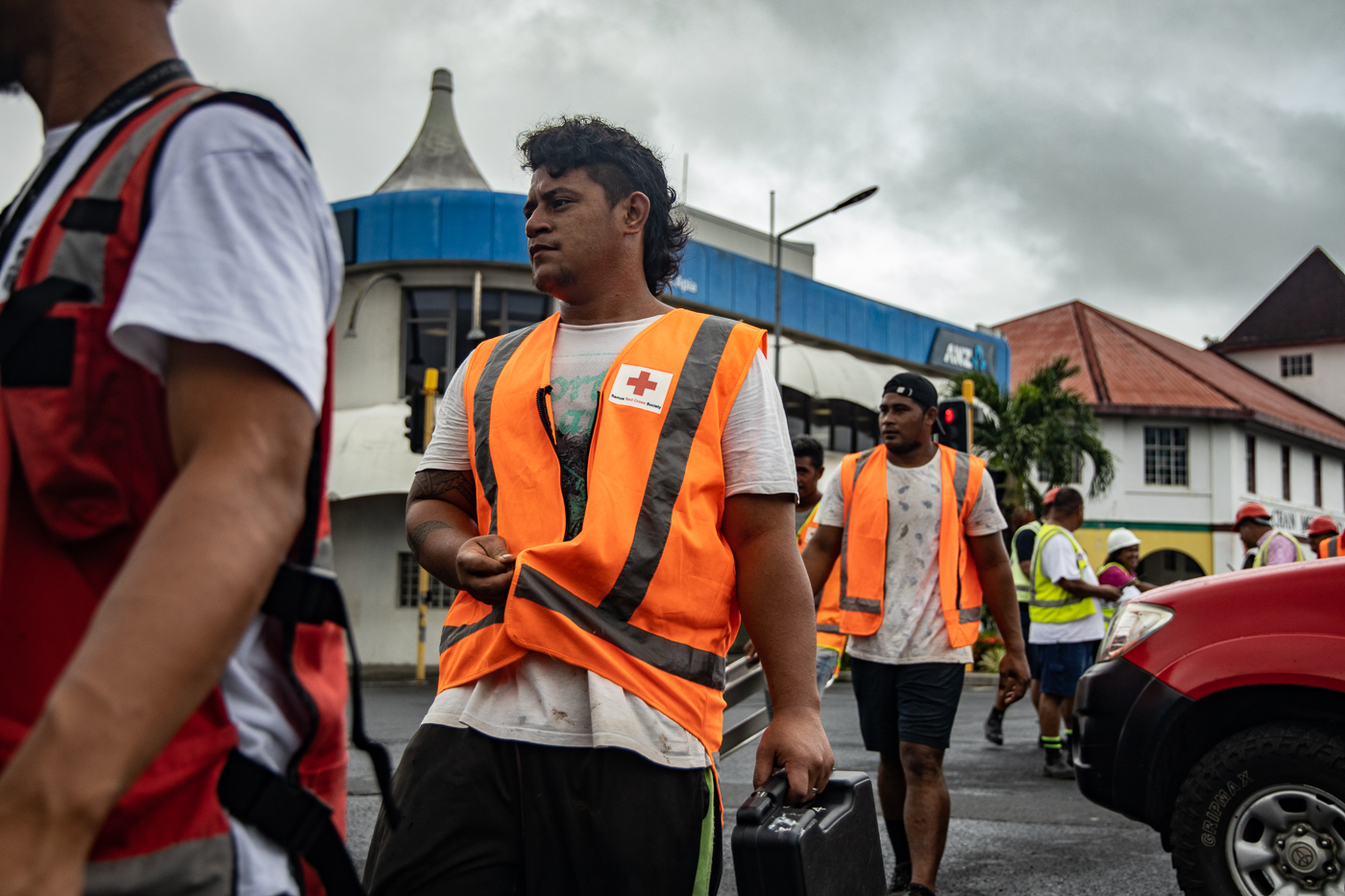 With emergency response teams setting up mock casualties, the Police patrolling the perimeter of the emergency site, and firefighters spraying down the building, those observing the exercise said they felt the seriousness of the drill.

The exercise was coordinated by F.E.S.A. Assistant Commissioner, Tanuvasa Petone Mauga, who said this year's drill aimed to demonstrate that safety should be a top priority for everyone involved.

He says the annual exercise ensures that safety is recognized and acknowledged by everyone involved including the members of the public. 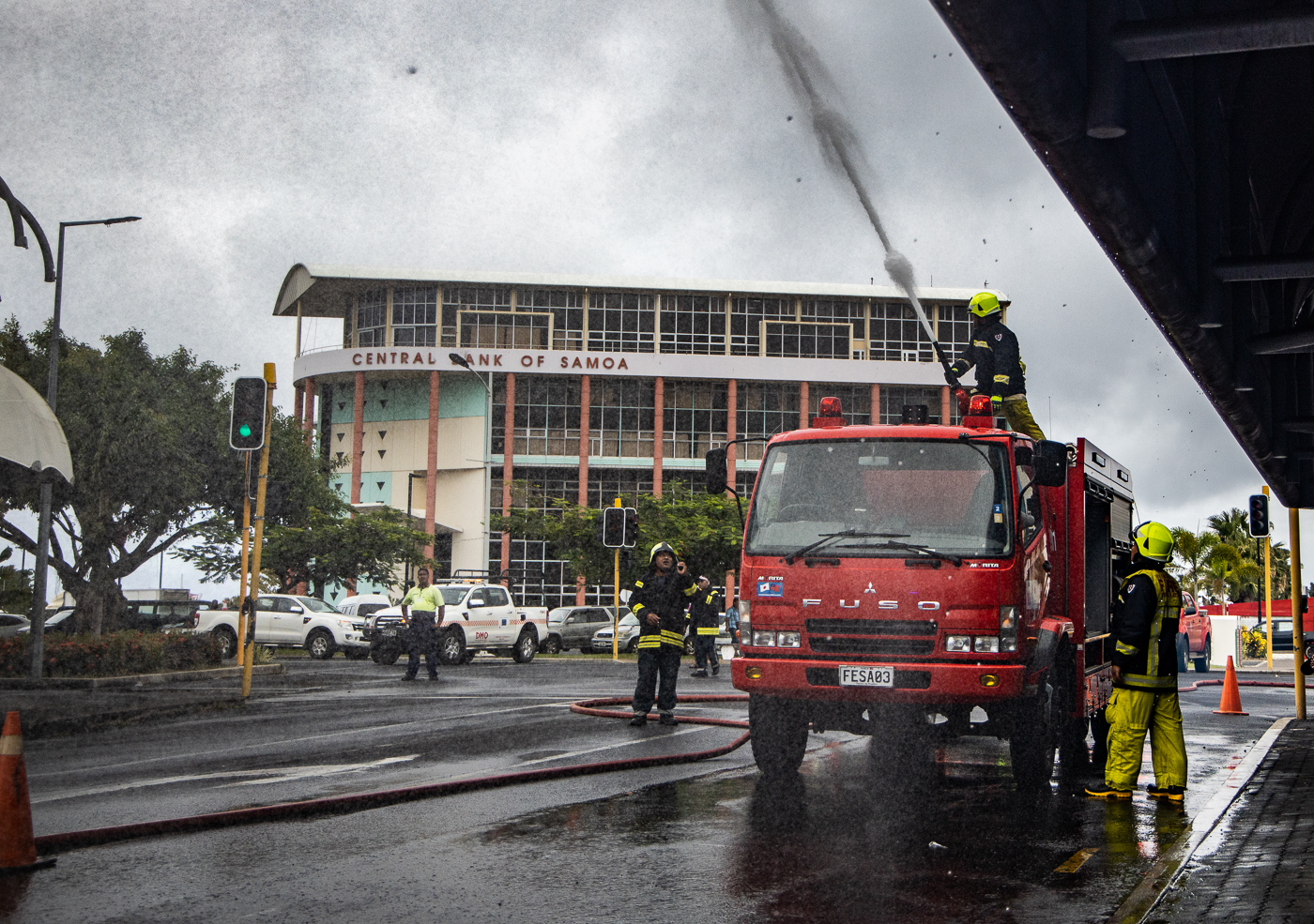 The drill targeted the areas that the public use frequently including local airports, industrial areas, supermarkets and offices such as the ANZ Bank building.

“The bank is one of those areas that people can’t avoid, they need to get money. That’s why we keep telling them to ensure their staff are ready,” he added.

While F.E.S.A. may take minutes to arrive at the scene of an emergency, Tanuvasa said employees should be prepared to deal with the situation as it occurs. 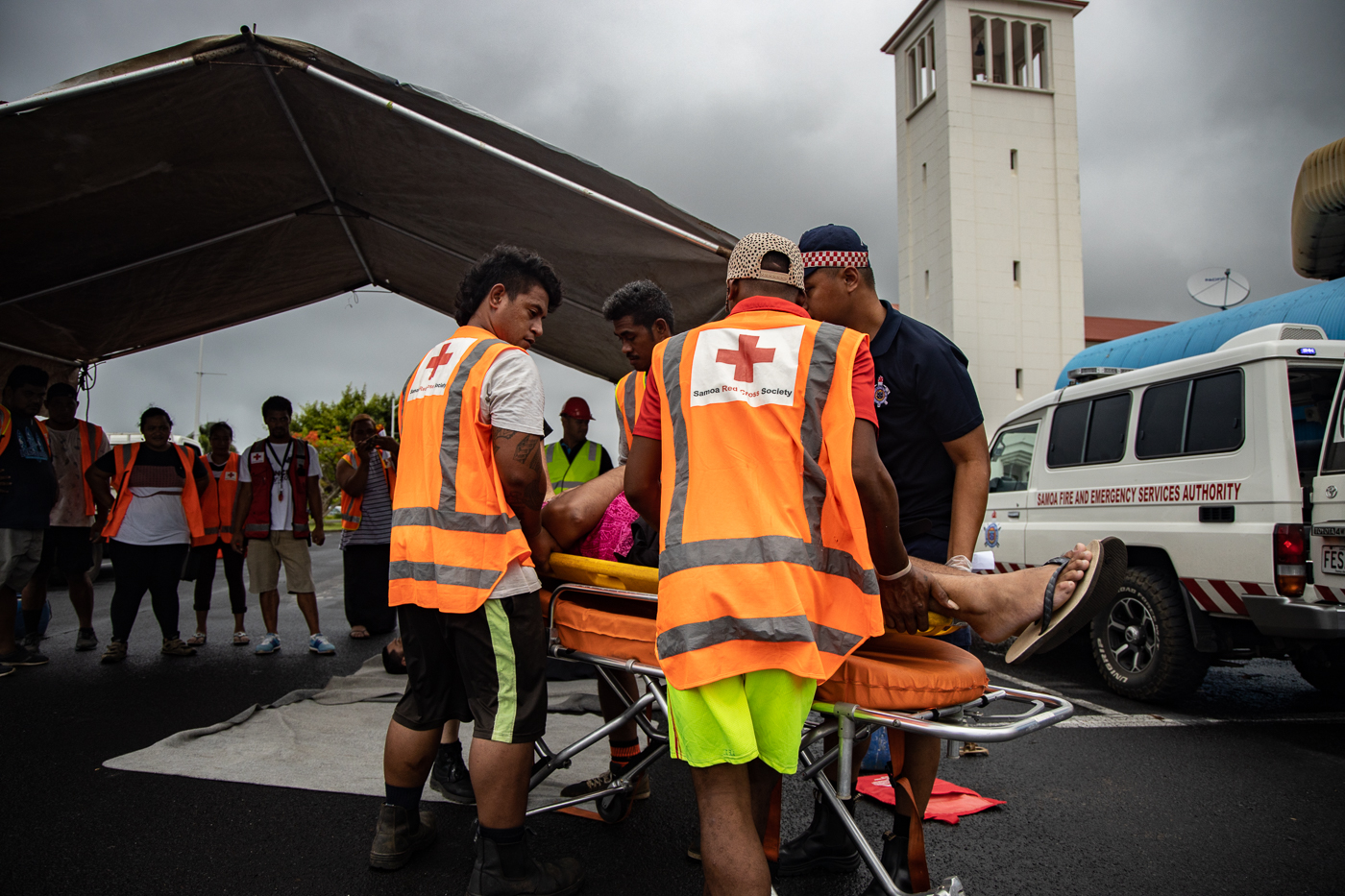 Leaso Usoalii, who is the Samoa Red Cross’ Dissemination, Communications and Marketing Officer, said the exercise was also a chance for the S.R.C. to test their first aid response teams.

“We not only test first aid response to casualties but also fitness and team performance,” he said. “In reality in these exercises the public should obey what we advise them to do, especially those who want to come closer because they want to know, but the police do crowd control for their safety.”