The Prime Minister's words of advice were heard loud and clear by families and students looking to combat the struggles of culture shock in foreign countries. (Photo: Vaitogi Asuisui Matafeo)

Prime Minister Tuilaepa Dr. Sa'ilele Malielegaoi has warned students who were awarded scholarships to undertake studies abroad to be alert and not fall to the temptations of life overseas.

Addressing 128 students at Annual Scholarship Function for 2020 New Awardees on Tuesday, the Prime Minister said they should avoid alcohol consumption, drug use or even falling pregnant.

For the 2020 scholarship awards, a total of 64 N.U.S. Foundation students were given awards with 29 funded by the Australian government, 32 by New Zealand and three by the Samoa Government.

The selected students and their parents attended the function at the N.U.S. Fale. The Prime Minister is also the Chair of the Scholarships Committee.

One of the 2020 awardees, Vatapuiaoalii Kathline Meredith, said she will try to work on socializing and branching out to get used to her new environment.

She will be studying at Monash University in the Australian city of Melbourne this year. 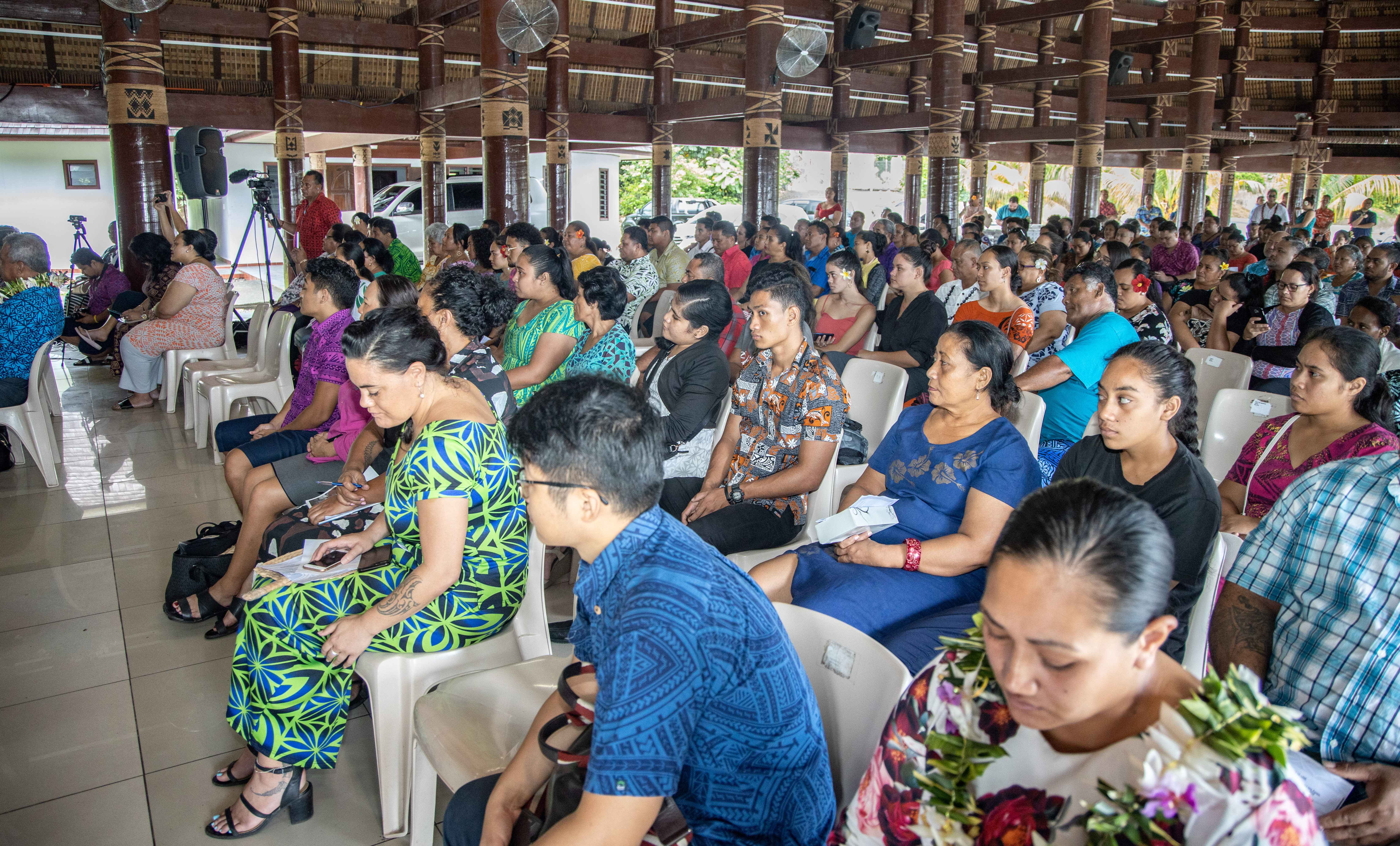 Another awardee, Asiasiga Naseri, said he felt good about his accomplishment of securing a scholarship and he is looking forward to starting his studies in a different environment at the University of Otago in New Zealand.

“We must stick to God, and have him as the forefront of our lives, because he can guide us to the right way so that we can keep ourselves from all the temptation and God willing we will be successful,” he added.

Mr Naseri was the dux of the N.U.S. Foundation studies programme last year.

Speaking of the impact of living away from family and becoming homesick, he said Samoan students should should stick together when studying abroad.

They should also not forget the objectives of the scholarships and the expectations that they carry.

“Think about all the reasons we are there. Do it for your family and do it for yourself,” he added.