Scholarship recipients were officially announced at a reception at the National University of Samoa (Photo: Vaitogi Asuisui Matafeo)

A total of 128 students will be the beneficiaries of academic scholarships offered by the Governments of Australia, New Zealand and Samoa.

The students, who were acknowledged at the Annual Scholarship Function for 2020 New Awardees on Tuesday, will pursue tertiary education studies at institutions in Australia, New Zealand and the Pacific.

Prime Minister Tuilaepa Dr. Sa'ilele Malielegaoi, who is also the Chair of the Scholarships Committee, delivered the keynote address and hosted the reception.

He said while it was a time of reflection for the students, it should be known that resources will always be allocated to develop a well-educated, aptly skilled and healthy population to contribute to the economic and social development of Samoa and its people.

“No doubt during your journey, you will face challenges and distractions; the environment will be unfamiliar, the guidance from families will seem a little distant, the queue to find help may seem endless but doors will be opened to those who persistently knock and help services and opportunities are available,” he said.

He thanked the Governments of Australia and New Zealand as well as other key development partners such as Japan and China, the Commonwealth Secretariat, World Health Organization and the United Kingdom for their continued support and assistance.

They congratulated the scholarship recipients and encouraged them to work hard in the next chapter of their lives.

Ms Moriarty encouraged the students to make the most of their time in Australia and to study hard.

“You are the future leaders of Samoa, you chosen few. The skills you learn will support the development of your families and villages and country,” she said.

Dr Matheson said New Zealand is not only investing in the students individually, but also in Samoa’s social and economic development.

“We expect that you will continue to apply the same determination and hard work that has gotten you this far, wherever you will be studying, be it in Australia, New Zealand or the Pacific.”

For the 2020 scholarship awards, a total of 64 N.U.S. Foundation students were given awards with 29 funded by the Australian government, 32 by New Zealand and three by the Samoa Government. 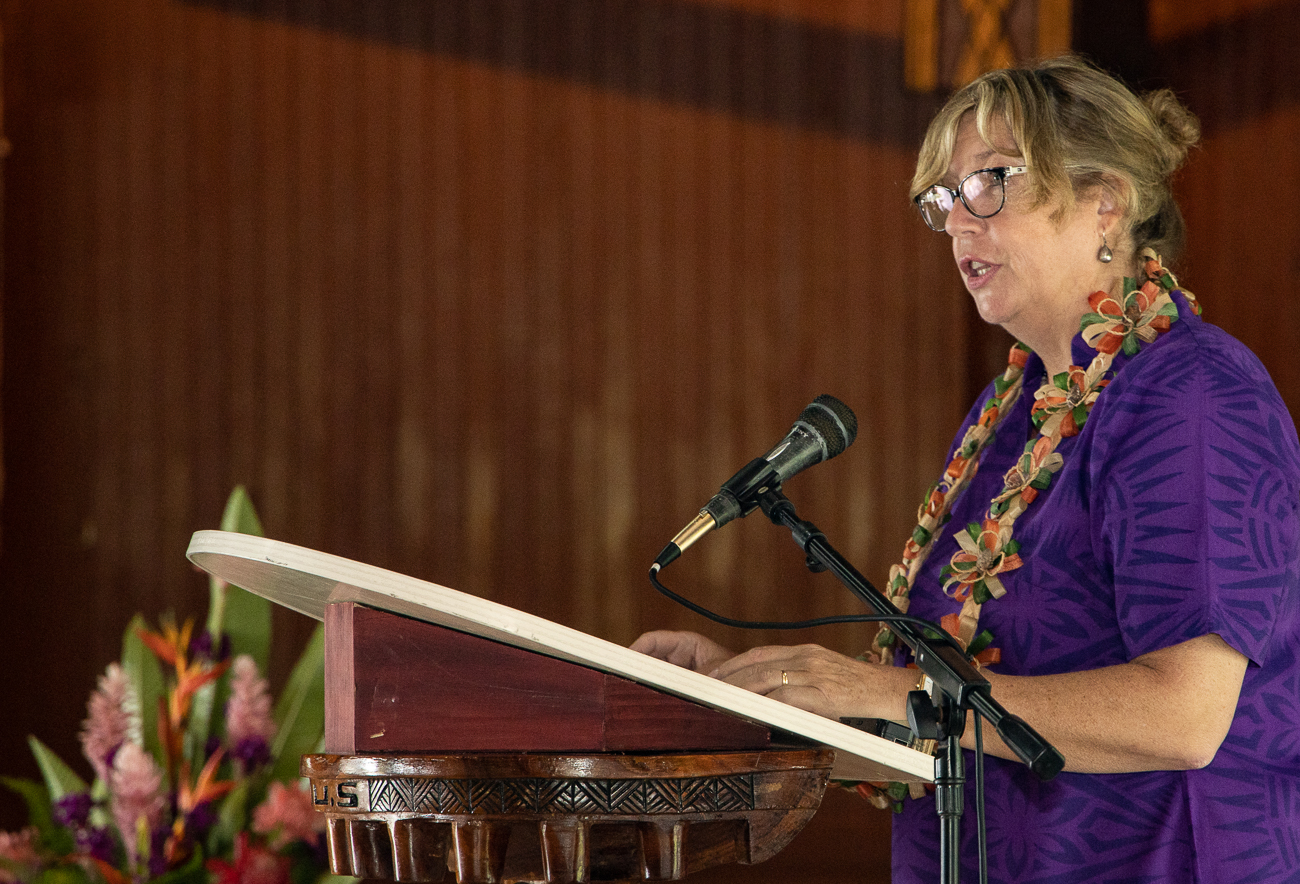 The Open category scholarships also provide an additional 15 distance education scholarships sponsored jointly by the Governments of Australia and Samoa.

These scholarship awards align well with the key human resource priorities of the Government, which are reviewed in collaboration with their development partners.

It is understood that a group of Australian government-funded students have already departed for overseas studies with the rest leaving in late January.