A promotion by the Ah Liki Wholesale has seen ten people walk off with $1000 cash each as prizes for participating in the Chef’s Choice tuna brand cash win promotion worth over $15,000 tala.

A prize-giving ceremony was held at the Taufusi branch of Ah Liki Wholesale and was attended by the cash prize winners and their family members as well as company representatives.

The Chef’s Choice tuna brand promotion is now into its fifth year.

The promotion "Buy 2 Chef's Choice Tuna and be in to win!" targeted customers who bought two or more cans of the product and provided their names and contact details, which were then put into a draw. 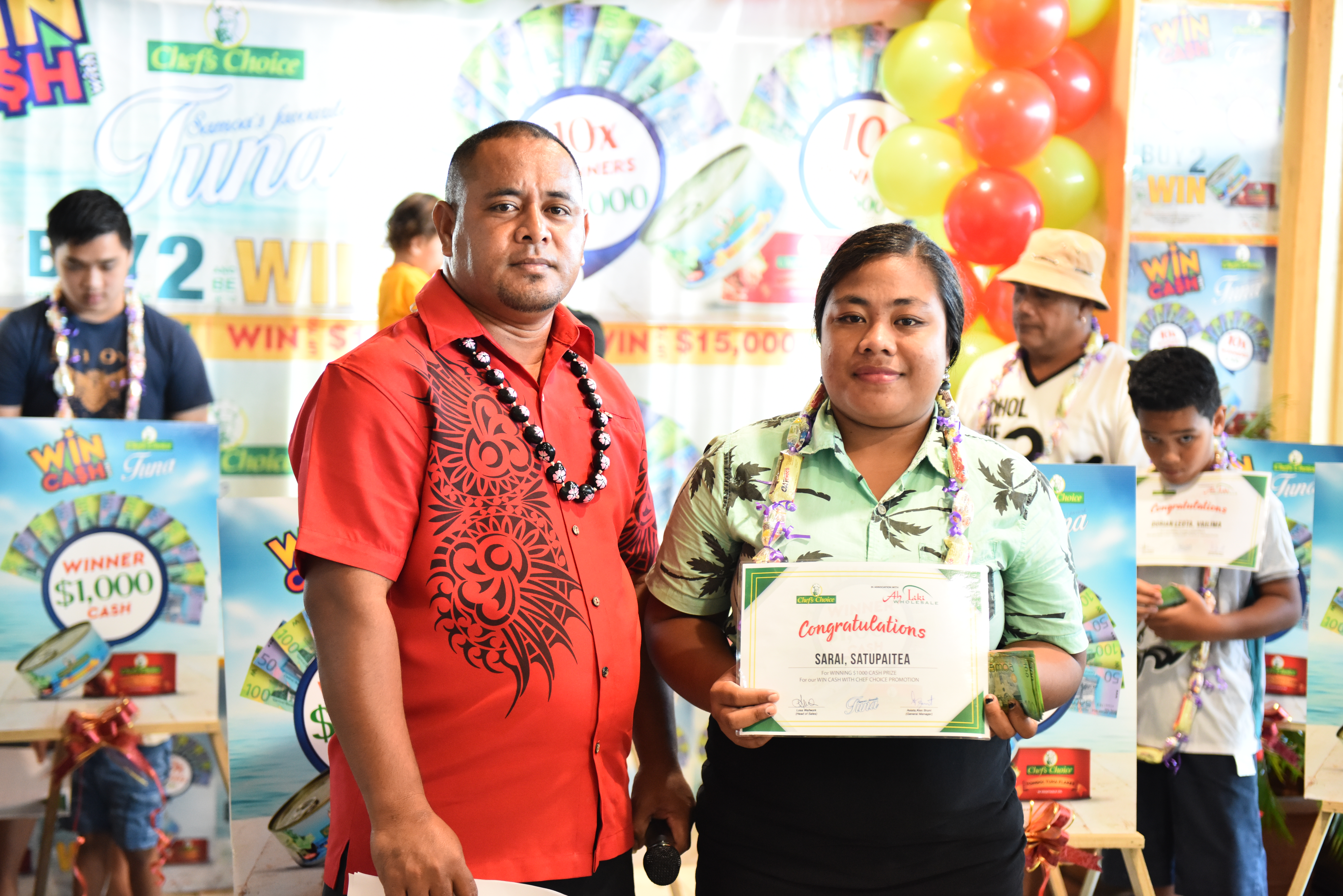 Ah Liki Wholesale Head of Sales, Losa Maiai-Wallwork, told the Samoa Observer that the promotion is their way of giving back to the community.

“I feel that these promotions are always exciting for our customers and to reward the loyalty and support throughout the years.” she said.

She acknowledged the Chef’s Choice Tuna brand for continuing to support their promotions which enabled Ah Liki Wholesale to give back to their customers.

In terms of customer participation in the promotion, Ms Maiai-Wallwork said she was concerned about it due to the recent measles epidemic.

“We have surprisingly managed to get the same number of entries as last year, which is a good indication to us that our customers appreciate these kinds of promotions, and that they are relevant enough for them to want to participate,” she added. 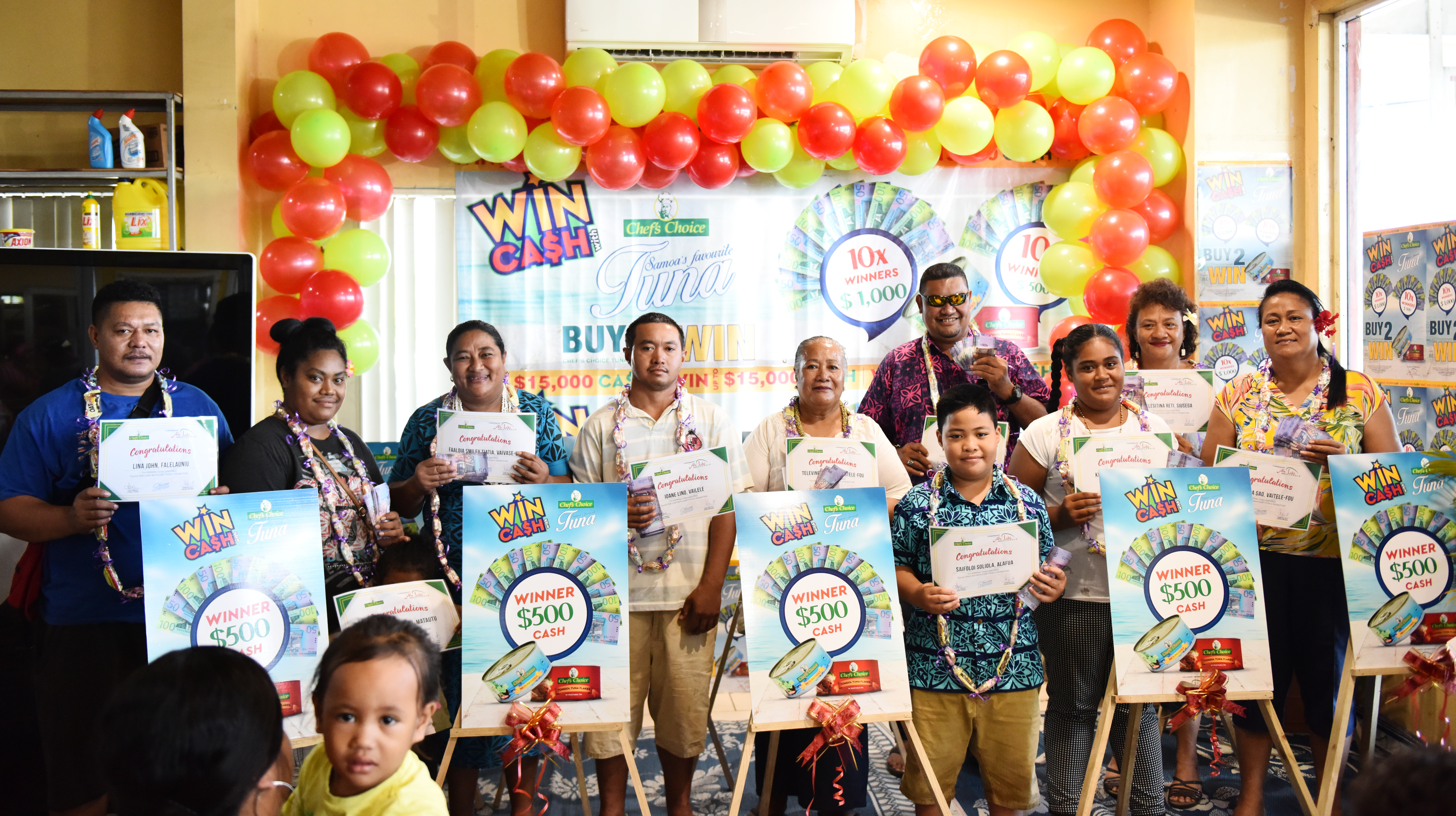 Winners of this year’s promotion hsaid this year's cash prizes have come at a better time, especially as children get ready to return to school and will be a great help financially.

Sarai Sione of Satupaitea, who was the only recipient from the big island of Savai’i, thanked Ah Liki Wholesale for the promotion and her $1,000 cash prize.

Another $1000 tala cash prize winner, baby Charlie Kava of Matautu Falealili, was represented by his father who encouraged his fellow villagers to look out for the promotions.

“I encourage the people of my village to look out for Ah Liki’s promotions because they’ll never know if it’s their turn to get lucky,” he said.

Ms Maiai-Williams said customers should continue to watch out for their promotions in order to have a chance of winning, while thanking everyone for participating in the promotion, especially during the measles epidemic.