The Samoa Umbrella for Non-Governmental Organisations (S.U.N.G.O.) has been distributing resources to families of victims of the measles epidemic, which at its peak was claiming five or six lives a day in November.

Since its darkest days, the epidemic has waned, with just 30 new cases of the diseases reported in a week. So far 83 people, mostly children, have died and nearly 5700 people have been infected.

They have also been offering counselling and support to families battling the loss of a loved one to the world’s most contagious disease.

“I think there were almost 300 people that were affected in Savaii,” he said, adding the organisation did not only visit the families of people who died but also those who recovered.+

“To my knowledge, Savaii victims haven’t been receiving anything at all, so we were targeting these people first.

Given the intensity of their trip they were only able to spend half an hour or so with each family. But Fuimaono said they gave more time to families who were clearly struggling with their grief more.

There are plans to do the same programme across Upolu too, but to begin with focusing on families who have suffered deaths.

Fuimaono said the tour across Savaii showed him just how resilient his people are to strife.

“We could see people are back to their normal lives, they are putting the measles behind them and moving forward with their lives to do what they do every day.”

S.U.N.G.O. brings together more than 100 community organisations across Samoa. 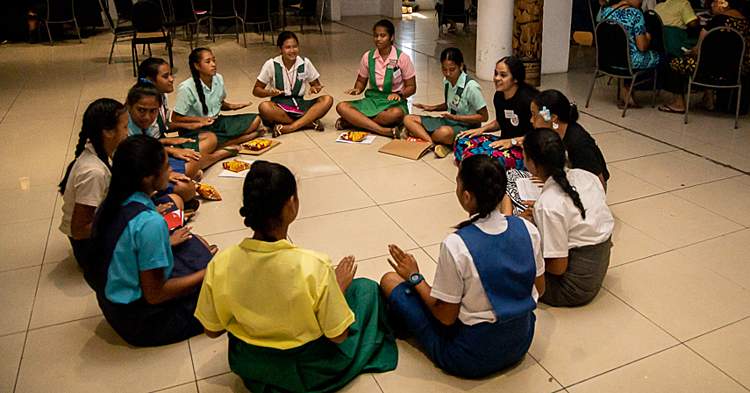